Ask Question
Asked 7 years, 8 months ago
Active 6 years, 4 months ago
Viewed 2k times
12
votes
Closed. This question is off-topic. It is not currently accepting answers.
Closed 2 years ago.
Locked. This question and its answers are locked because the question is off-topic but has historical significance. It is not currently accepting new answers or interactions.

It is a movie about a deaf girl. One day she walks across the street and doesn't hear a car comming and an ownerless dog saves her life.

She takes the dog home and trains him to be a hearing dog. I think she calls him "ears" because he replaces her ears. As the movie proceedes, he saves her life again, warning her of a fire in the house. Later a women appears and claims the dog is hers, she can even prove it as he has a chip. The girl can not stand having to let him go, so she tries to get him back. Thats when she finds out, that the women is a criminal that tries to get the reward put out for a dog looking similar to "ears" and that the chip was only put beneeth his neckband.

As it has been a while since I have seen this movie, i'm not so sure about the details, but thats how I remember it.

I have searched for this movie for years. When I saw it, it was in German, but as the dog was called ears, I think it was an English movie. I once heard about a book which apparently had a similar content. Its title is "broken ears" but I couldn't find out the name of the author nor could I find a movie with that name.

Does anybody know the title of this movie?

I think it is Sunny's Ears (1997). IMDB gives the plot summary as follows:

Sunny is a 13-year-old girl who lost her hearing at age 11 after a bout of meningitis. She talks normally, and her family is learning sign language - and she has a nutty school friend who was born deaf, and who can't talk. One day, she stumbles across a stray dog, who saves her from being run over. She wants to keep him, but her parents don't want a dog in the house. She rescues him from the pound where they send him, and comes up with the idea of having him trained as a hearing dog. This convinces her parents to allow him in the house, and she names him Ears. 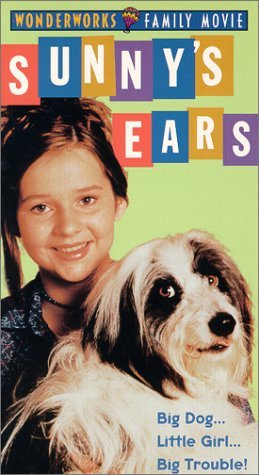