Where does the tunnel in the Wall come from?

I just finished the first season of "Game of Thrones", where one of the main themes is 'The Wall', a huge ice wall that devides the realm (Westeros) from the dangerous and winterly North.

From what I could gather this huge construct is not man-made. It was mentioned that it simply rose a few hundred years back from the ground. One of the characters says this when mentioning that they were no different than the wildlings, just happened to be on the right side of the wall. EDIT: found the quote on IMDB:

Tyrion Lannister: But... I don't believe that giants and ghouls and white walkers are lurking beyond the Wall. I believe that the only difference between us and the wildlings is that when that Wall went up, our ancestors happened to live on the right side of it.

Apparently the northern side of the Wall is extremely dangerous, hosting wildlings, dangerous animals and the mysterious "White Walkers". Therefore, the Night Watch has to constantly guard and protect the Wall from outside dangers.

What I don't understand though is: Where does the long tunnel leading through the Wall come from?

It is featured in the very first scene of the series, definitely looks man-made (it's shaped in a perfect bow form) and is covered by multiple massive gates.

Did the people from Westeros cut the tunnel into the ice? It would've certainly taken years to do this.

And if yes, what motivation could they possibly have? They probably knew before the wall came up that the north was dangerous. Why would they undertake such an effort to open a passage to this risky area?

Apart from just being not of any worth to them, it also leaves a gaping hole in the otherwise perfect defensive structure that the Wall poses.

Considering the risk they would certainly be better off to close the tunnel than to have a passage open and constantly send patrols out there. And even if they needed to go north of the Wall, they could simply let themselves from above, couldn't they?

So is the tunnel man-made and with what motivation, or is it simply a story device? 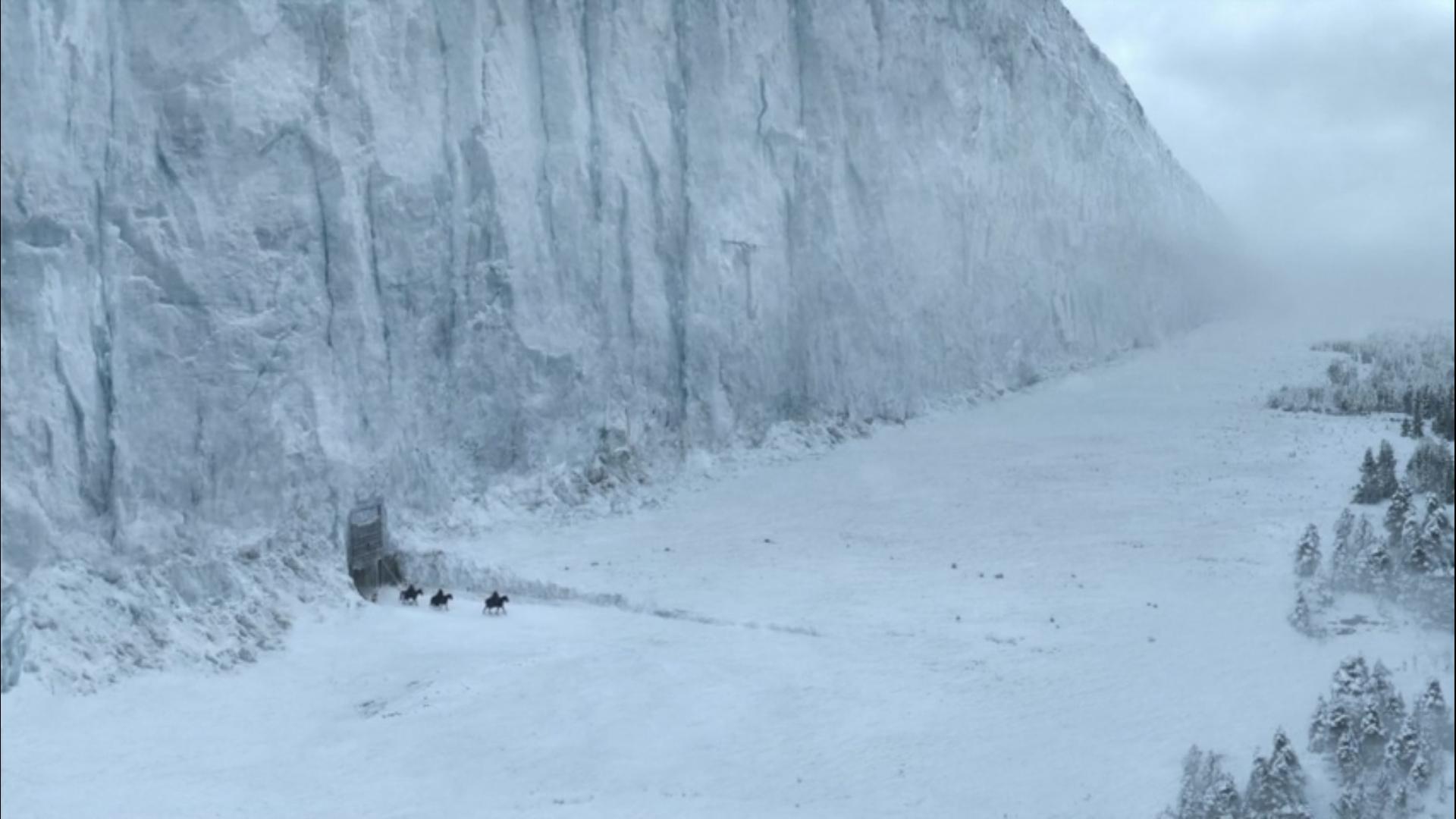 I have not yet gotten the chance to watch the series on TV but I have read the books and without any spoilers from beyond the first book here is the purpose for the tunnel in the wall.

First of all the wall is over 900 ft high that has been built by both man and some magical help. IIRC the tunnel was cut into the wall to create that path to the other side specifically so that they could chop back the forest growth. By chopping back the forest they create a lane of perfect sight to see when someone is attempting to climb the Wall and attack Westeros.

As for climbing down from the top of the wall to the northern side was not something they wished to do as it prevents a speedy return trip.

I've only seen the TV series, so I can only speak to that telling of the story. The Wall is man-made. As part of its construction, tunnels were built/dug through it, presumably to allow patrols to cross to maintain defense. HBO's season 1 guide provides more information on the Wall's origin:

As a future protection against the White Walkers, Brandon Stark – known as Bran the Builder – built a massive ice wall across the northern boundary of Westeros. The Night's Watch was founded to man the massive structure's many strongholds.

I believe that the Wall being constructed has been hinted at in the show, in offhand dialogue, but was unable to find quotes after doing some searching. There hasn't been a mention of this Brandon Stark in the show, but the necessity of The Wall as protection against the White Walkers and other threats from the North has been discussed many times. Especially early in season 1, when Tyrion makes his trip up to The Wall, and again while Jon is joining the Nightwatch.

The wall isn't magical. It was made by Brandon the Builder, who was among the First Men, who are mentioned in the books. Note that Brandon Stark and Bran the Builder are two different men. Brandon Stark is the one who was going to marry Catelyn Stark and was killed at the Trident. And then she married Eddard Stark who happens to be Brandon's brother.

12
How did Samwell and Gilly get back over the wall?
2
What do we know about fighting skill of Wights
14
What is the root cause of the animosity between the Night's Watch and The Free Folk?
12
Was The Wall built before there were White Walkers?
5
Why don't the White Walkers take the sea route to Westeros
29
Why worry about the Night King if they have the wall?
28
Is the Night King prophetic?
9
Why did Jon and the Wildlings travel on the north side of the wall when they arrived back at Castle Black from Hardhome