In the movie Pirates of the Caribbean: Dead Man's Chest we see Captain Jack Sparrow as the cannibal tribes' chieftain. Is there a back story that clarifies whether or not Jack is a cannibal? 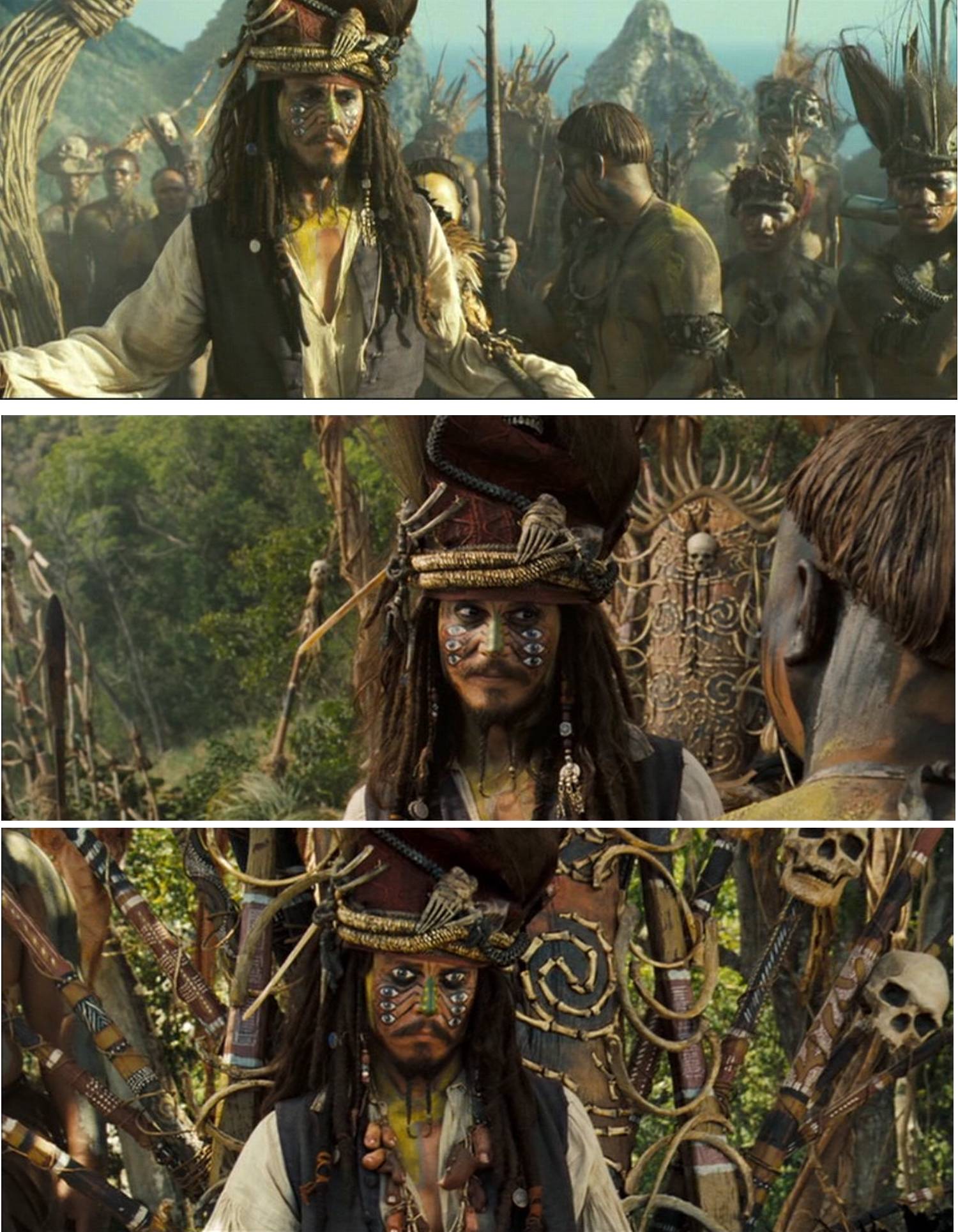 I do not know if any of the books cover that backstory. However based on the logic of the movie Jack is their leader and they intend on eating him. In theory, so they can gain some of his power/assist him in releasing his spirit so that it can return to the gods (become a god).

We do not know (in the context of the movie) how he became leader. We do know Jack purposely ran the Black Pearl aground to escape Davy Jones and the Kraken. One can assume that Jack would not put his crew in danger on purpose so we can assume he did not know about the natives.

So somehow Capt. Jack convinces the natives that he is their leader (which we all know Jack is very good improviser). Capt. Jack, as we all know, is not above betrayal to save his own skin (hence why he has not intervened in the natives eating the crew).

With all this in mind, I believe one can safely assume that Jack has figured out somehow to not actually have to eat flesh.

While this picture doesn't prove Jack eats people, he at least appears to bite their toe nails. 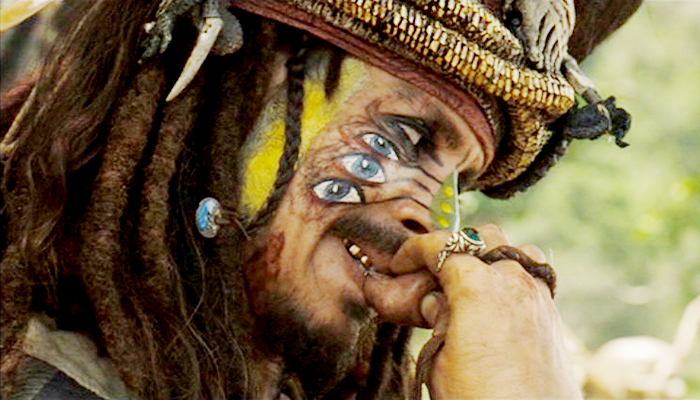