What was the galaxy formation Rust saw before confronting Erol Childress?

What was the galaxy formation Rust saw before confronting Erol Childress in True Detective S01E08?

It was weird like out of the series. I guess it was some sort of hallucination, a product of Rust's madness or addiction.

Yes, it's a (symbolic) hallucination.

Throughout the investigation in the first season of True Detective, Det. Rust Cohle keeps coming across the symbols of a spiral and black stars that are linked to the crimes perpetrated in 'Carcosa': 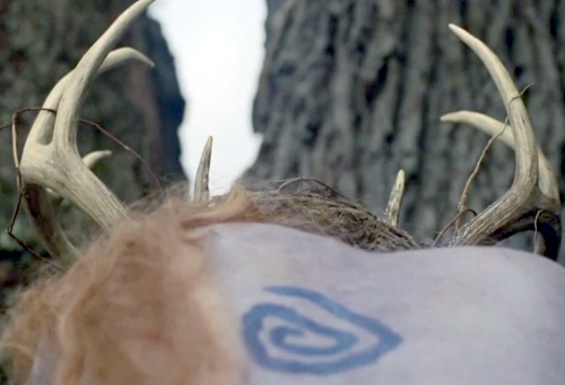 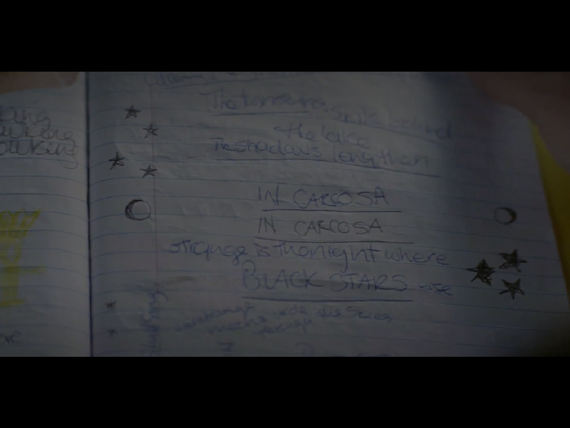 We also discover that Cohle is frequently hallucinating as a result of his drug abuse during his long stint as an undercover cop, and at a certain point in this investigation, he imagines a flock of birds forming the above spiral: 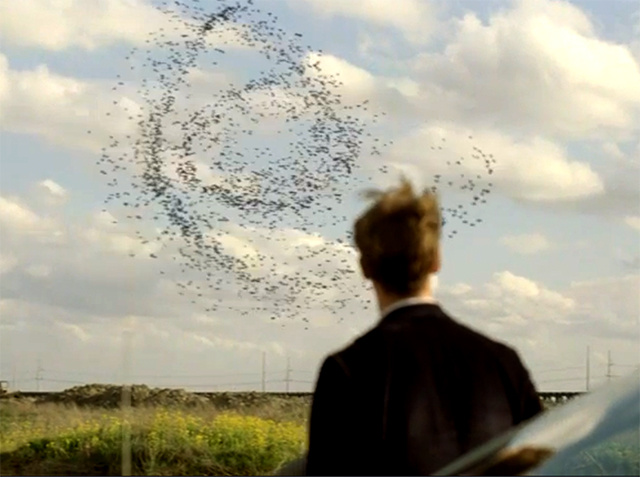 It seems fitting, then, that he hallucinates a cosmic vortex upon finally finding 'Carcosa'. This is symbolic, according to True Detective director Cary Fukunaga:

We landed on the spiral formation of the clouds as a wrapping-up of the symbology, or at least a book-ending of the symbology. I liked the idea that we could actually see Carcosa and black stars. If you look really closely, you can see black orbs floating in it. 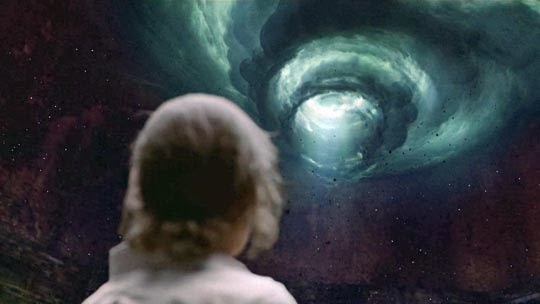 Of course, we can always assume that this is mystical or that Cohle has ESP. But True Detective creator Nic Pizzolatto suggests otherwise in this interview:

I hope the audience will be pleasantly surprised by the naturalism of the entire story. If you look at the series so far, what seems supernatural actually has real-world causes, like Cohle's hallucinations or even the nature of the crime. It has occult portents, but there is nothing supernatural about it.

14
What do Cohle's hallucinations represent?

15
What is the basis of the information in Dora Lange's diary?
13
What was the function of the Cop Uniforms?
9
Why are only two bodies made public in True Detective?
20
What is the purpose of Rust's one-eye mirror?
5
How many people did the killer actually kill in the 1st season of True Detective
9
Is True Detective (S2) based on “The Big Nowhere”?
7
How did Rust know the shot was coming right there in True Detective S1E4?