Why were the 90's considered cynical in the US when most Hollywood output I remember seemed optimistic?

I didn't grow up in the US so I don't have a perspective of this. But why were the 90's considered such a cynical time? I personally do NOT perceive it this way, but a few random reads led me to a Google search for "90's optimism" which instead redirected me to a whole bunch of links on 90's CYNICISM. This is especially visible in some retrospective articles on the 90's and MEDIA in the 90's (in America) in the second set of Google results. Hence this question.

From what I've read in these places, I understand a lot of this has to do with music, but my cultural consumption (as an outsider) was primarily of the movies, and I LOVED it back then.

Most of the stuff I watched back then were mostly Spielberg-inspired big-action blockbusters. Schwarzenegger was going strong. Has-beens from the 80's were still operating. There were enough comedies and totally earnest "family" movies (Father of the Bride, Home Alone!, etc) around. Practically every movie I've seen of the 90's (even today, catching up on TV or Netflix. So it's not just nostalgia) is tinged with a warm fuzzy hue, and filled with hope and optimism and a message "We can always be better" or "Things can always be better". Happy Endings all the way.

Even the more artsy, thoughtful movies I have seen of the 90's later-on have the same vibe.

TV in the 90's was great too. Frasier, 3rd Rock from the Sun, were ones I liked but there were SO MANY other sitcoms on TV. Even drama such as The West Wing seemed perfectly optimistic, with hopeful music, and an optimistic pompousness/righteousness that was distinctly 90's to me.

So why the perception that the 90's were gloomy? And if that attitude/perception came from music, then how can there be SUCH a wide gulf between music and the output of movies/TV? And it's not that I'm looking at a freakishly small sample set of movies - I'm talking about some of the most popular movies and TV shows of the 90's. So what am I missing?

I was reluctant to be the first at an attempt to answer this, as it's going to be quite subjective. It's hard to quantify how something can be received as wholly cynical, and it also assumes a certain amount of intention on the creators part.

I think as a wider cultural malaise set in sometime around the early-to-mid 90s, it became perceived as 'cool', and thus was capitalized upon in a less grass roots, more commercial way: which helped perpetuate it, although it was not neccesarily 'an organic' cultural trend by this point. From the above comments, I think System Down kind of nails it with his comment;

But I think the point bears repeating/expanding. An attempt at a position on this takes in sources from broader cultural fields however (Comics, Music...) and as such is quite broad. I know people like the choice between a succinct answer and in informed one, so in the spirit of that I'll start with;

The 1990's, in anticipation of the coming millenium, was a naturally introspective period of time for culture, including film. Because of this tendency to reflect back on our past, postmodernist position was adopted by a great deal of media content, which naturally translated into a wider cultural trend (both organically and commercially, in response to what was considered the traits of an emergent generation). Postmodernism is a much older critical tradition, but one which requires a deconstruction of previous norms and classifications. This can manifest as Irony, Skepticism and Cynicism.

In being aware of its position within a cultural Meta-narrative, media sought to comment on its own existence, and thus 'take control of its own future'.

I that makes sense at this point, that's the broad outline of my argument. If you're still unsure, or interested, I'll now break down different examples (including other Media that contributes to this) to try and reflect what I'm trying to say.

Although Metacinematography was nothing new, and had already been thoroughly expanded upon (Felini's 1987 film Intervista was a recent example of a postmodern film), the 1990s where a decade where this sort of self-aware narrative and style of film making became accepted as normal, and thus easy to produce/export.

Mel Brooks would frequently break the sets of his films, drawing attention to their status and exposing them as artifice, and the Daffy duck cartoon 'Duck Amuck' showed that deconstruction was common even among childrens cartoons.

It became much more common for movies to pass commentary on themselves, and deliberately show their own strings. Films were being made about films, with the industry telling stories about its own past.

Robert Altman's 1992 film The Player is an excellent example of this, where Hollywood performed its own autopsy through a lens. Burn Hollywood, Burn is a less celebrated variation, but Blake Edwards (of Pink Panther fame) had been doing this sort of Movie since the 80s.

Films became their own Directors Commentary (its no co-incidence that DC's took off during the DVD boom) and so it became trendy to show a reflexive awareness of your content, your DNA as it were.

Wes Craven is criminally undervalued for his participation in this new filmic tradition: New Nightmare was incredibly ahead of its time in using this narratively, and Scream was an incredibly successful incarnation of this self-awareness.

Of Course, understanding a postmodern perspective requires being familiar with the rules, and recognizing them. Scream explained this through a memorable sequence in which the characters discuss their behavior as though they were bound by the rules of a horror film, only to invert them.

By the 90's, the machinations of Cultural processes had been consistent long enough for knowledge of their particularities to be acknowledged by the cultures in which they operate. We understood how movies worked, so we were collectively more comfortable pointing to its flaws. This is no more appropriate than in Music, which has traditionally been considered more of a lasting trendsetter in terms of youth culture: mainly due to the speed of its production and how fast its own culture can respond and develop to the messages and mood it contains.

The point here is not to say that all culture was inherently cynical and self reflexive, but it existed and these choices highlight a wider cultural trend of introspection.

In being aware of its own structure, boredom grew. The more you knew about the world around you, the further you could identify its components, the less impressed and the more bored you would supposedly be with it. Thus, by the twisted logic of 90s postmodernism, being bored became cool.

People referred to this generation as Generation Y (or the Millennials), and cited a whole youth culture that remained difficult to please, or impress. Japan, I'm told, is experiencing a similar social culture emerging now, in Hikikomori.

This well-practiced apathy caused huge crisis of faith, as though The Teenager had been discovered all over again and the market lacked the resources or knowledge to respond to it.

Films like Fight Club attempted to harness the Malaise that had underlined the 90s in an anti-establishment narrative, and The Matrix sought to tell us that the world around us, which we had become so jaded with, was an illusion: that there was something better beyond the predictable mundanity of Earth, 1999.

I don't think the 90s were fundamentally cynical, but I think the wider traditions established within this period point to the conclusion that there was a wider market for Cynical material than ever before.

The Cyclorama theory posits that we must be entering one of these stages again: the generation reaching adulthood is naturally experiencing nostalgia for their childhood: which would have occurred during the 90s. Films like The Cabin in the Woods and music like Lana Del Rey supports this position, for me. So does the re-emergence of 90s fashion...

As a point specifically to Andrew Martin...

I agree with you that the UK largely missed the boat on a lot of this, but we have the Britpop (and the toe-curling 'Cool-Britania') craze to ballast some of the more miserable aspects of this postmodernist decade, but you have to admit, even that was kind of Cynical.. 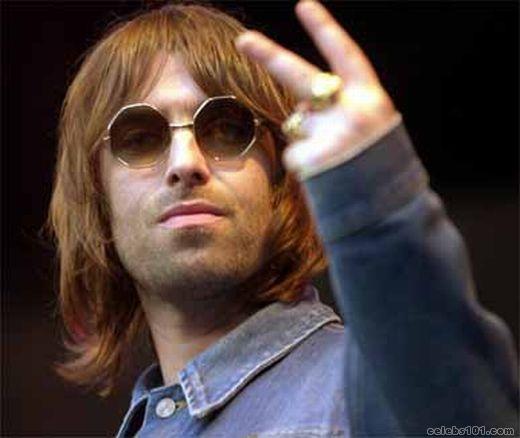 I hope other people will contribute/argue/blast me to pieces, but that's my perspective on 90s Cynicism. Have at me....

I think Hollywood movies generally reflect the optimism of the U.S. and especially of Southern California.

Generally, Americans have been very blessed with an abundance of resources, temperate environment, and absence of a lot of the religious tensions that affect other parts of the world. We have to remember that is the reason we first came here, to escape the religious wars that had plagued Europe since Martin Luther. Except for the carnage of slavery and the Civil War, Americans have had some great experiences. We got through the carnage of two world wars relatively unscathed.

And California has alway epitomized that sunny belief in the booms of the future. It was ground zero for many of the movements of the 60s. But starting with the fundamentalism of President Reagan, we have been moving back into the dark ages of endless wars and the income gap. Everything has become blown-up body parts of children. We will never see the 60s again. Welcome to the real world!

22
When and why did the decline of Musicals in American Cinema happen?