What do sitcom car rigs look like without effects?

Typically seen in shows with a live audience, there's a very noticeable type of shot where the characters are in a car with what's presumably a blue screen background, the car is obviously stationary and camera movement and usually slight rocking of the vehicle are used to give the impression of movement, for example from Frasier: 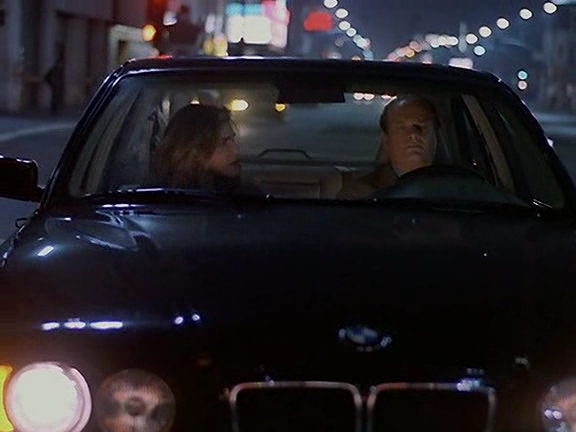 Obviously there's going to be a monochrome screen behind them to composite the shot onto and some kind of moving lighting rig to emulate streetlights, but what about under the car, is there a special 'car rocking' rig at the studio, perhaps some intern out of shot, or even a fake car?

The car seems to be real in Frasier though, and the closest thing I've seen in the past is a recurring joke from Garth Marenghi's Darkplace which has a very fake car rocking about in a small darkish room: 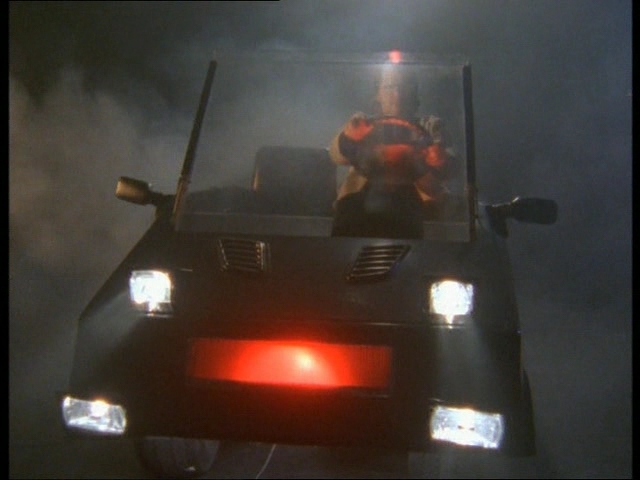 Which makes me think the rocking rig isn't as implausible as I had originally considered, as the very centre of the car doesn't move.

Pre-empting comments, please note I'm only interested in the sitcom style as the audience being behind the camera precludes the movie style effects detailed in this question.

These are often made bespoke to fit the requirements of the Shot, but Garth Marenghi does a good job of satirizing the effect.

This is a shot from Grey's Anatomy: which, whilst not filmed in front of a live studio audience, will no doubt share the same technique: 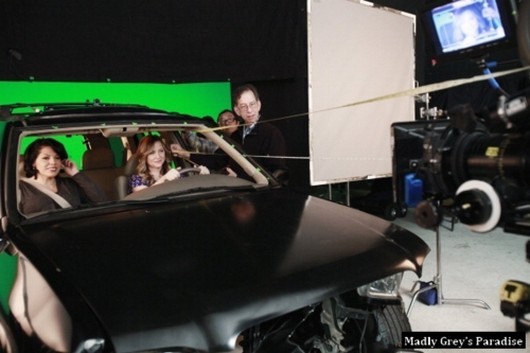 Cars can be moved via hydraulics, or using a 'bump-deck': a stage which physically moves, in order to simulate extreme movement.

The presence of a studio audience has little effect on the technology used.

However, in cinema (where it is more economic/effective to shoot on location), a trailer dolly is more commonly employed. 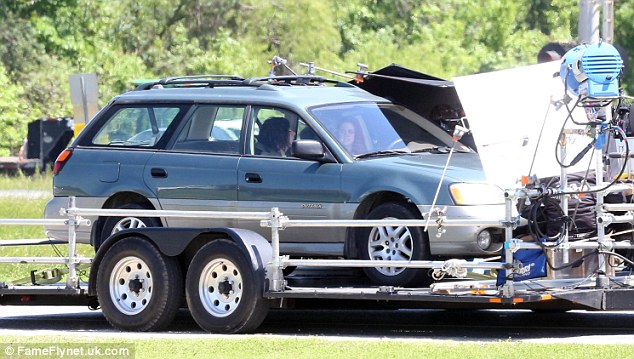 Not the answer you're looking for? Browse other questions tagged production effects .

40
How do they film scenes with the actors driving in a car?
10
Can a TV sitcom like TBBT be pulled off the air prematurely?
4
Why does 13 Hours look like it's been filmed with a camcorder at times?
6
At what stage of animation are branding assets like posters created?
13
How did Game Night make shots that made the scene look like a model set?
6
What is the first example of warning messages about special effects being shown to audiences before a film?
1
Were the sets of the 1964 movie "Mary Poppins" intended to look like a Broadway Show?