How are underwater scenes in movies filmed?

In some movies, for instance the Jaws series, it's a wonderful feeling to see sharks underwater and have it feel very realistic.

I'm curious to know how they film underwater scenes in movies. Not just in Jaws, but other movies as well.

What are the techniques used to film the underwater scenes in movies? 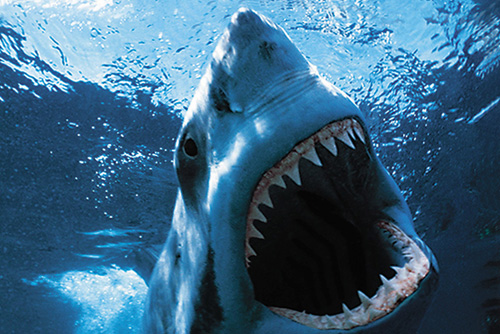 Behind the cameras there is full team in scuba gear. The scene is shot in many little pieces depending how long actors can hold their breaths before they surface or are given an air tank. When the video is cut and other camera angles added it appears as they never left the water.

When an actor's face is not visible, a professional "breath hold" diver is shot in the scene in one continuous roll.

Here you can see how they filmed Harry Potter underwater.

In some cheap movies (fairy tales) they clearly used aquarium, either standing in front of the actors, or overlaid over the actors in postproduction.

They have a high tech cameras for underwater filming plus it really takes a lot preparation and takes just to capture the right scenes. It looks wonderful on screen but lot of works.

30
How do they prevent animal cruelty in movies?
13
Rooftop contraption used to simulate realistic driving scenes
9
How are conversations on in-scene display screens filmed?
9
How are death and autopsy scenes filmed?
17
How is a hanging scene filmed?
9
How "directed" were the activities filmed in Disney's Monkey Kingdom?
13
How were the video screens in Chaplin's Modern Times filmed?
5
How was "My Octopus Teacher" filmed? How much of it is a real documentary?