Where did the pardon come from?

In the Game of Thrones episode The Mountain and the Viper (S04E08), Barristan Selmy is presented with a Royal Pardon supposedly signed by the late Robert Baratheon for Ser Jorah Morment by a lowly boy of Meereen.

However, it is a bit confusing to me as where this actually came from.

Is this the same pardon that Jorah had towards the beginning of the series while Robert was actually alive, or is this pardon one that Tywin actually forged and wrote in a previous episode (remember he asks Mace Tyrell for a quill after learning about Dany's recent actions and allies).

It being from Tywin makes sense but this point is brought up by Jorah and then defeated a sentence later as he himself states it is not a forged Pardon.

So which is it and why would Jorah say it is not a forged copy if it indeed is?

If you pay close attention to the scene where the boy turns his wrist to reveal the wax seal on the scroll, it bears the mark of Hand of the King. And the current hand being Tywin Lannister himself. 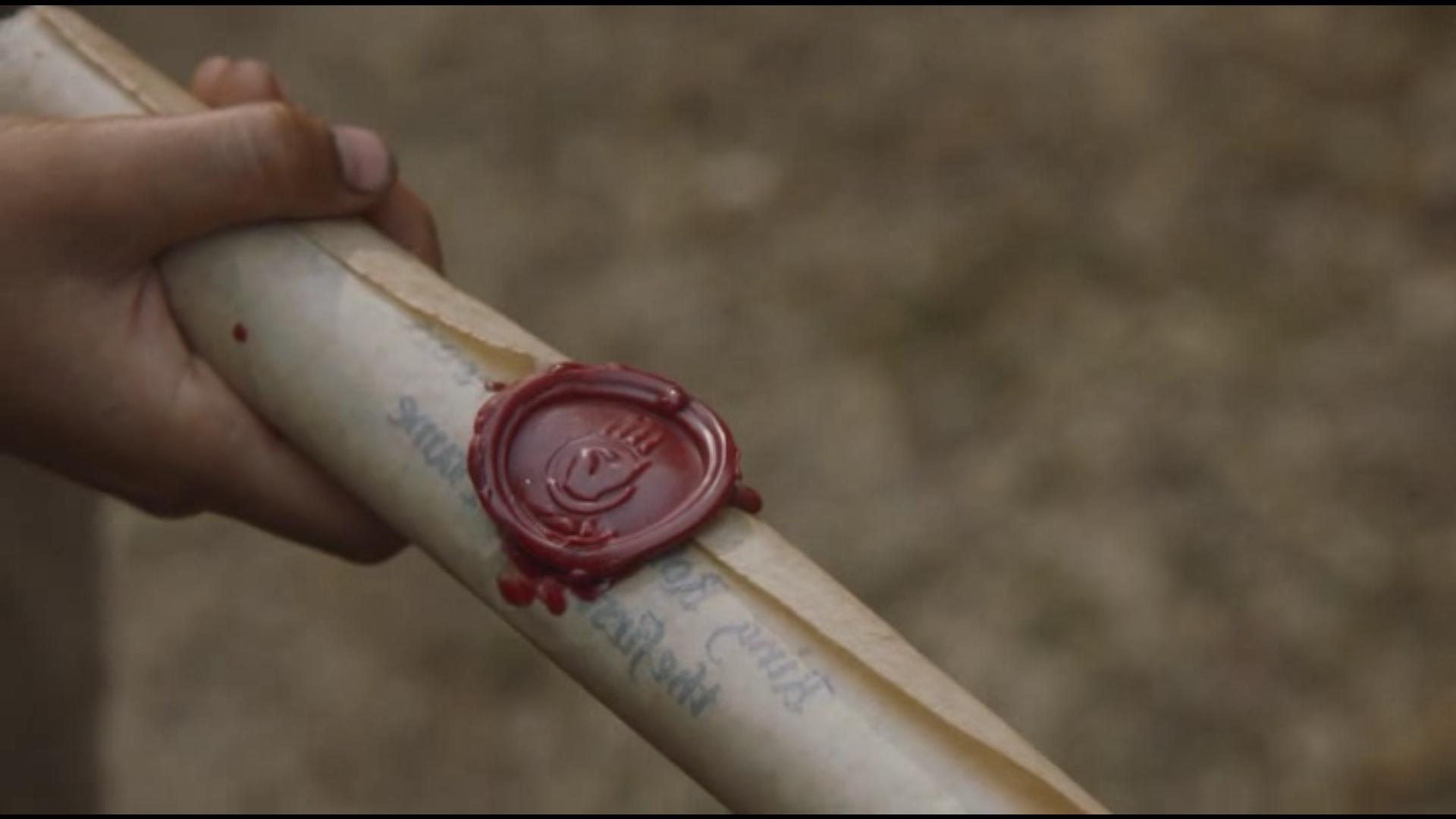 In the same small council meeting that you mention (Season 4 Episode 6, The Laws of Gods and Men), Tywin asks Varys if he would be able to swiftly get a message to Mereen. Plainly, that's what Varys achieved. Now if you recall the context of the small council meeting, it was to neutralize Daenerys. Tywin being the brilliant strategist that he is slides into motion his plan to do so exactly by drawing out one of her most trusted advisor and aide.

As to the question of why Jorah doesn't claim that the letter is forged is because he already knows that he has lost all credibility and his protest would do more harm than good. Moreover, his guilt and love for Daenerys gets in the way. He thus chooses to speak the truth and own up to his act of treason, hoping he would be able to move and persuade Daenerys for mercy.

Seeing as in the first season episode 'You Win or You Die', Ser Jorah is handed a royal pardon by one of The Spider's little birds: 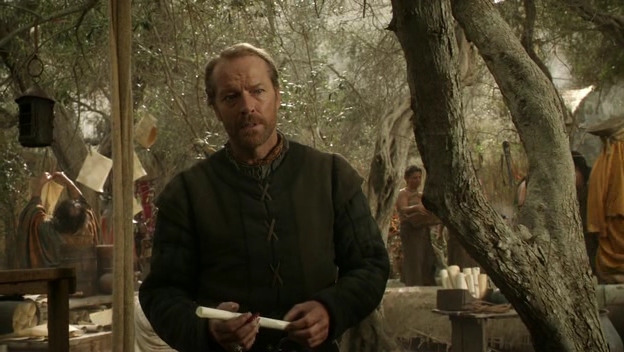 The Royal Pardon in 'The Mountain and the Viper' must certainly be a fake, as Jorah already had the pardon which Robert Baratheon signed. Though in fact it's never shown what he did with it, so I suppose its possible he left it there when he saved Daenerys and it was returned by the same messenger.

Whether or not it was forged, it had happened and there's no way he could talk his way out of it, so best not bring it up.