Why did the Others put Karl in the chair in Room 23?

I just found out that there is an epilogue episode to Lost, named The New Man in Charge, that answers some of the questions left open by the finale, for example

Apparently Room 23 was used by Dharma to question the captured indigenous population about Jacob and then cause partial amnesia to make them forget about it, so Dharma would not risk a war by violating their truce. 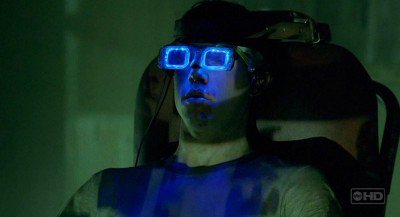 In retrospect of this new information about the purpose of Room 23, is there any indication what the Others were hoping to achieve by brainwashing Karl? Why are they trying to erase his memory?

This was stated in the season 3 finale, "Through the Looking Glass":

ALEX: You locked Karl in a cage. You put him in a room and tried to brainwash him.

BEN: I didn't want him to get you pregnant. I suppose I overreacted. We better get going.

It's worth noting that a big plot line in season 3 is that pregnant women die on the island.

4
Where did the money for the Others come from?
14
Why did Ben manipulate Locke into not entering the code?
11
Why did Moss rent the motel room?
1
Why does the chair move by itself?
4
Why did Darlene put fentanyl in the drugs for the cartel?
5
Were any of The Others actually native/indigenous to The Island?
4
Why did Emma remember Jessica while others did not?
8
Why was Karl attracted to Danny in the game?
5
Why did Zemo lead room service to discover what's in his room?