Why do movies & TV use this police radio clip over and over?

The sound I am referring to can be heard in this video, in the police radio at 0.26. It sounds like, "one-four-one celibacy". I've noticed this sound for a long time. So, the Internet has all the answers, I did a quick search and found this forum post. This person who made that YouTube video described the scenario that I share in my life. I also played SimCity 3000 for years and I also notice this sound in movies and TV shows all the time. I just heard it last night watching the X-Files.

So my full question is this, why is this sound byte used over and over when

I have a guess that there is actually a legal issue here, in America. That would explain it. The police scanner equivalent of using a 555 phone number.

This is just an addendum to the other answers.

This particular audio clips is part of the Premiere Edition Vol.1 (released in 1990) 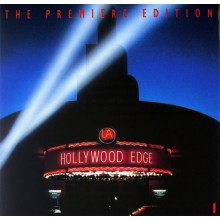 from the company Hollywood Edge, which

provides high end, professional, and royalty free special effects and music for all media use

It's a 2 min track that features:

(it's also available on iTunes)

The Premiere Edition Vol. 1 contains 1,458 sound effects and currently costs $750.
This means that for a relatively low cost you get a sound effect library which you can use royalty free.

Recycling effects is a very common tactic in post-production. Once you have an effect that works great, it's simply cheaper and faster to reuse it than to reinvent the wheel over and over again, especially when 99% of the viewers won't notice it.

You are one of the few people who noticed that this particular sound was recycled, but there are hundreds of cases of recycled sounds and other effects you did not even notice.

For example, here is a list of 10 common recycled sound effects, including the very famous Wilhelm Scream, which was used in movies like Star Wars and Indiana Jones:

In cases like this, recycling elements can also be a tradition (e.g. a certain director adding his fingerprint) or a homage to previous movies.

Here is a list of recycled movie props, the most famous one being the newspaper that is used in a lot of shows and movies throughout screen history: 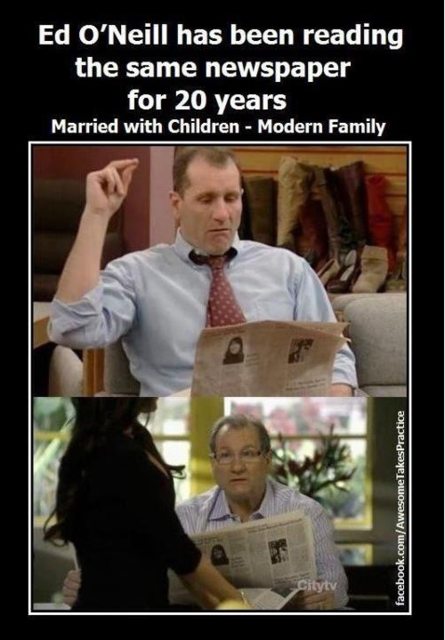 The user raoulduke12 gives a good explanation on reddit:

When you make a television show, everything on it needs to be "cleared", as in, legal to show on television without getting sued. So everything you use, whether it be artwork, products or yes, newspapers, needs to contain photographs and text that are legally safe to use on television.

At some point in time, a company that specializes in manufacturing and renting props created a prop newspaper, using a photo that had been cleared. Since it was easy enough to just keep reprinting that newspaper and using it, that's exactly what Hollywood did. For 50+ years.

That being said, I doubt it would be legal to use a police radio scanner to capture actual police radio chat and publish this later.

Some Movies & TV have big budgets, yes, but why waste it on something so few people are complaining about. This is just a stock clip purchasable/usable in films, much like the sound made when a bad guy appears on screen, or the high pitch shrill noises made in horror movies at a scene where a shock is supposed to occur.

I would assume this clip is used simply because it's cheap, it works and it sounds authentic. Why spend more when you don't have to?

5
Why are people playing police officers not arrested?
62
Why were mouse holes often represented in cartoons and movies like this?
43
Why do old movies sound like old movies?
12
Why do so many movies still use the Wilhelm scream?
23
Can a headshot from a sniper really cause muscle spasm?
53
Why do movies think the speed of sound is as fast as the speed of light?
6
Do sound effects, specially in horror movies, use emotion initiating frequencies?
4
Do movies and TV shows use extra-bright flashlights?
52
Why do old gun fight scenes sound so weird and cartoonish?