How did Mola “betray Shiva” in Indiana Jones and the Temple of Doom?

In the ending of Indiana Jones 2, Indy accuses Mola Ram, the priest, of "betraying Shiva" or something like that, causing the Sankara stones to ignite and eventually to kill Mola. How had Mola betrayed Shiva, aside from it just being a convenient way to kill him off?

It was due to his treatment of the Sankara Stones: 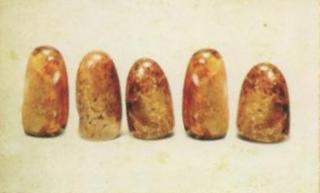 According to legend, five stones were given to Sankara by the Hindu god Shiva on Mount Kalisa, along with the message that he should go forth and battle evil with them.

Now, Shiva is one of the gods of the Hindu faith (and other faiths, but we focus on Hindu as it is prevalent in the movie). Now, as Indiana Jones, like any film, applies its own logic to religion in films, its important to see what the film thought about Shiva.

In the TV Series The Young Indiana Jones Chronicles, Jiddu Krishnamurti describes Shiva in this way:

"He sounds mean, doesn't he? But really, Shiva is a compassionate god, because in Hinduism, the destroyer of life is also the bringer of life. So what Shiva destroys, he renews and restores."

Now, the Lost Journal of Indiana Jones, released to coincide with Indiana Jones and the Kingdom of the Crystal Skull, mentioned how the diamonds inside the Sankara Stones could give warmth and life, but could also be used to destroy betrayers of Shiva.