Explanation of the shield repair scene in Sunshine

About 40 minutes into Sunshine (2007), the crew need to fix the shield. I don't understand this scene. According to Wikipedia's description:

Kaneda and Capa embark on a spacewalk to make repairs while the ship is angled away from the sun.

There are not that many good images you can find on, but this image shows the curve a bit from the back. 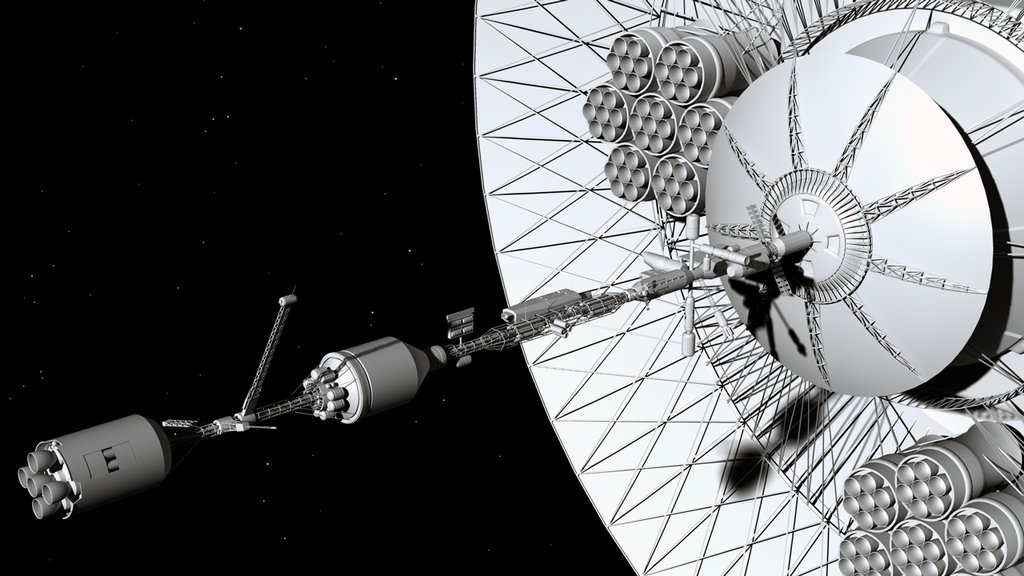 Clearly if the shield was flat, there would be no way they could perform this repair.

Normally the Icarus II was kept completely centered in the shadow of the shield. Enroute, Icarus II picks up the distress beacon from Icarus I. The crew decide to investigate, ostensibly because two bombs are better than one, since the whole bomb is theoretical until used (such as the first atomic bomb was theoretical until first exploded).

When Trey performs a course correction in order to bring Icarus I to Icarus II, he forgets to properly realign the ship, which causes damage to the shield. Kaneda and Capa had to spacewalk out to fix the shield. The damage was near the edge, so they instructed Icarus I's computer to swing the ship as far away from the damaged section as possible so as to provide protection to the two walkers.

During the work, IIRC, the ship's aft section sustains damage from a solar flare and the gardens are destroyed, which causes a loss of oxygen and food. In order to save the Icarus II from total destruction, the computer realigns the ship to be properly centered, which is going to put Kaneda and Capa into the sunshine itself.

There is still one bit of damage to repair and they need to close the shield cover, so Kaneda (the Captain) orders Capa back to the Icarus and finishes the repair and closes the shield. As the ship finished realignment, Kaneda witnesses God, in the shape of the fiery furnace of the Sunshine and is instantly vaporized. (Or as instantly as possible, allowing for the drama of "Kaneda, what do you seeeeee?."

The whole preceding bit was the Navigator's (Trey) fault, because it was he who failed to align the ship properly in the first place, damaging the shield. He ends up committing suicide over the guilt of the loss of the Captain, the oxygen, the gardens and potentially, the mission, which would mean the end of civilization.

Pretty big load of guilt there.

Not the answer you're looking for? Browse other questions tagged plot-explanation sunshine-2007 .

3
Did Troy quit the Air Conditioning Repair School?
3
Is Sunshine dead?
7
Would the crew have made it back to Earth anyway?
6
Explanation for the final scene of The Machinist
11
Sherlock, The Abominable bride, opening scene explanation
17
Why is the spacesuit design so strange in Sunshine?
4
Explanation of the opening scene of Inception
13
Vertigo Scene Explanation - Did Hitchcock Cheat the Audience?
3
If mermaids die in sunlight, how did Syrena survive?