What was really behind the mysterious number sequence in Lost?

But even after watching the ending, I am still not sure what the numbers really mean and how it's all connected.

If I recall correctly, in the last season it turns out that Jacob numbered the people stranded on the island and those 6 numbers are the ones of the people he judged as worthy to follow in his footsteps. I remember seeing him in the cave where he crossed people/numbers out that did not fulfill his somewhat unclear requirements. The man in black explained this by saying something like "He (Jacob) had a thing for numbers."

While that being one explanation for the numbers being in the show, that still leaves me with a lot of open questions.

I hope I missed something that answers those questions and maybe someone who rewatched the seasons after the finale can tell me what was actually going on with those numbers?

The only other real explanation given for the numbers relates back to one of the bonus features with DHARMA showing that the numbers are actually part of an equation that predicts mankind's extinction.

The other major explanation of the numbers are, as you say, part of Jacob's numbering of the final candidates: 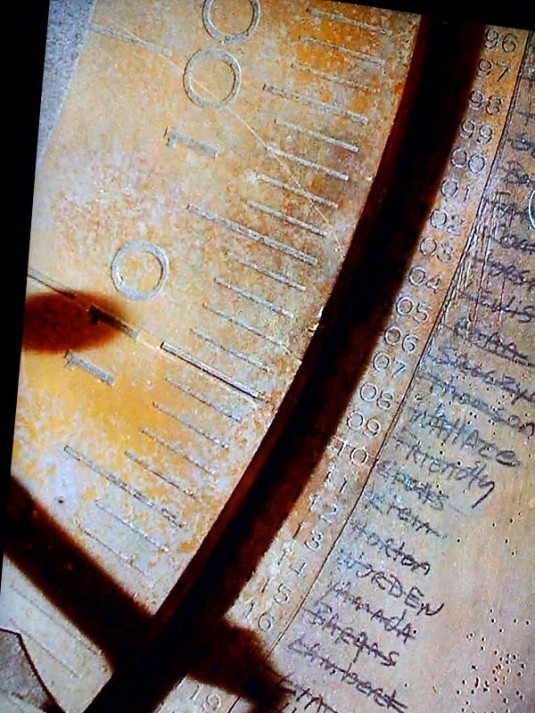 Also on Lostpedia, you can find uses of the numbers strewn across the whole series as a bit of an Easter Egg for those paying attention (and not just in this series)

The reason for the numbers to be entered into the computer was to discharge the magnetic power that the Swam station contained. The first time we witness the numbers not being entered caused Oceanic 815 to crash in the first place (the plane flying over and the magnetic field becoming to strong, causing the plane to get out of control and break up and crash).

The second time we witness the numbers being missed is when Locke destroyed the computer, causing Desmond to activate the Fail-Safe, blowing up the Swan and the power it would try to contain in the first place. I can only assume they chose this sequence of numbers either because of the aforementioned equation or because it was the "serial number" of the base. 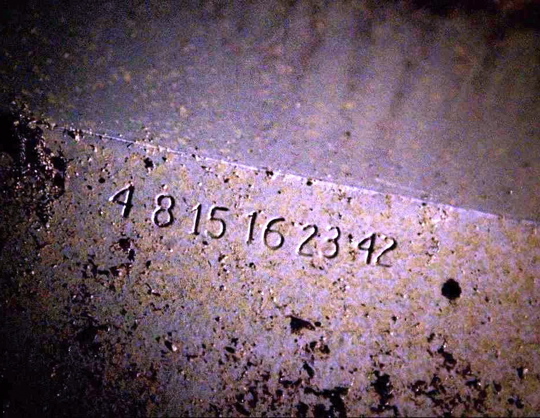 As far as Hugo, because the numbers have this strange relation to the extinction of man, it could be implied that using them would cause bad luck. However, this is never heavily implied and can be just a plot device/just a string of terrible events that happened in his life.

Other than these explanations, there have been no other pure explanations for the Lost numbers by any of the creators or writers that I can find.

One final note to add, an answer from Damon Lindelof, explaining why the numbers don't have a definite meaning throughout the series using the Midi-chlorians from Star Wars as an example:

There are some questions that are very engaging and interesting, and then there are other questions that we have no interest whatsoever in answering. We call it the midi-chlorian debate, because at a certain point, explaining something mystical demystifies it. To try and have a character come and say, "Here is what the numbers mean," actually makes every usage of the numbers up to that point less interesting.

You can actually watch Star Wars now, and when Obi-Wan talks about the Force to Luke for the first time, it loses its luster because the Force has been explained as, sort of, little biological agents that are in your blood stream. So you go, "Oh, I liked Obi-Wan's version a lot better." Which in the case of our show is, "The numbers are bad luck, they keep popping up in Hurley's life, they appear on the island." ... But if you're watching the show for a detailed explanation of what the numbers mean—and I'm not saying you won't see more of them—then you will be disappointed by the end of season six.

10
Who is the real villain in the TV series LOST?
11
What is the reason some of the characters in Lost are named after enlightenment thinker?
5
What was the letter written by Charlie before he died in Lost?
9
What was the symbolism behind pushing "The Button" in Lost?
11
Significance of Charlie's tattoo in the Lost series
4
Why does Lost have an unequal number of episodes among all seasons?
8
What was the mechanic noise behind the Black Smoke Monster in Lost?
4
When is the final explanation in Lost revealed?
4
Where does the gun suddenly get extra bullets in season two of Lost?
10
Was the Island in LOST In another dimension?