Who is this guy helping Harry Osborn?

At the end of the movie The Amazing Spider-Man 2, a guy meets Harry Osborn in the penitentiary and talks to Harry about unleashing villains like Rhino.

Who's this guy helping Harry? Is he Harry's father?

That man is Gustav Fiers, also known as the "Man in the Shadows". You may remember him from the first film: 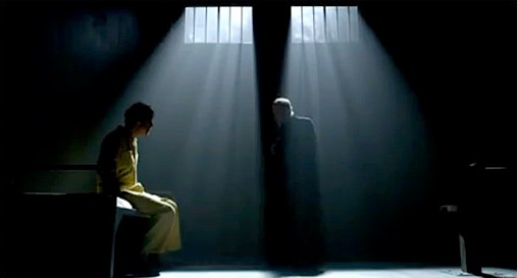 Here he visited Curt Connors to ask whether he had told Peter the truth about his father. When Curt tells him to leave Peter alone, he disappears.

In that film, he is credited as the Man in the Shadows. In Amazing Spiderman 2 he is finally given a name, being credited as "Gustav Fiers (The Gentleman)".

During Adam-Troy Castro's Sinister Six trilogy of Spider-Man novels, a new Sinister Six - consisting of Doctor Octopus, the Vulture, Electro, Mysterio, the Chameleon, and an original character called Pity - are formed by Gustav Fiers, a notorious criminal known as the Gentleman, who wishes to kill Peter Parker in revenge for the actions of his parents in thwarting some of the Gentleman's schemes in the 1960s.

It appears likely therefore that he will be some sort of "super villain" in the remaining movie(s).

14
Who is the man in the credit scene in The Amazing Spider-Man?
7
Why was Harry's condition so different from his father's?

39
Why does the Amazing Spider-Man not have the natural power to shoot web?
7
Why was Harry's condition so different from his father's?
5
The powers of spidey in "The Amazing Spider-Man 2"
5
How come Spidey can't stick to the building wall at the end?
2
What really happened to Gwen Stacy?
4
The Osborn disease or the spider venom?
5
How could Donald Menken fire Harry Osborn?
16
Who is the last Spider-Man?