What type of gun is primarily used by the protagonist in "Blue Ruin"?

In the movie "Blue Ruin", what type of gun is used most by the protagonist? It looks like an AK47 or some type of assault rifle, but what exact type is it? 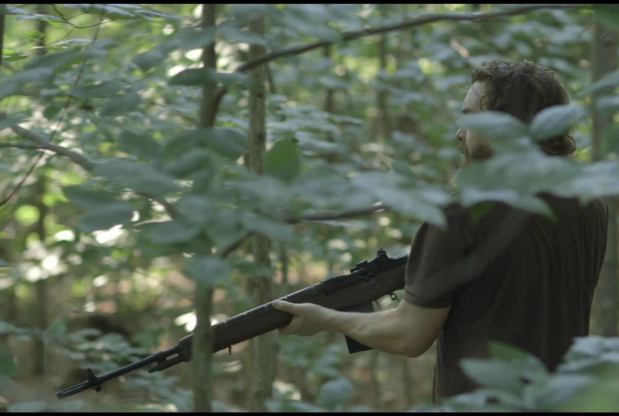 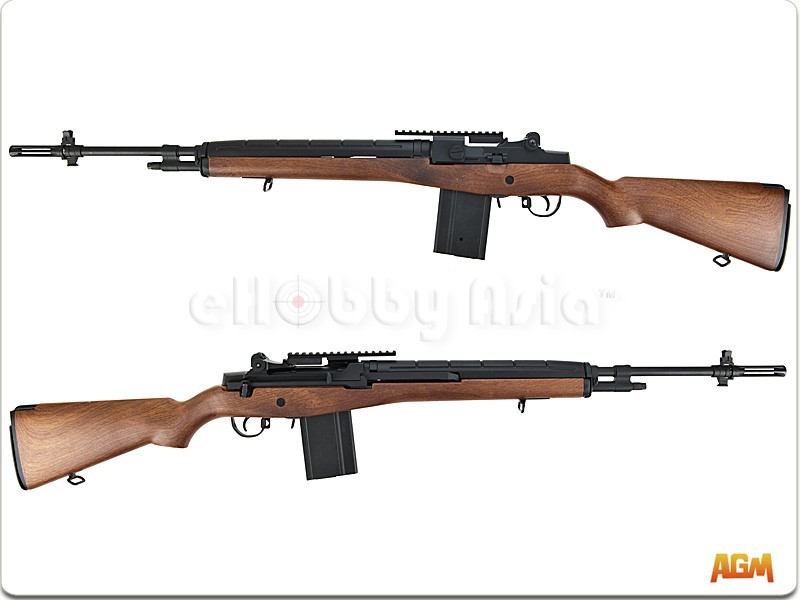 It's specifically described in the movie by his friend as a Ruger Mini 14, not an M14. It also referenced the stainless Mini 14 from A-Team. 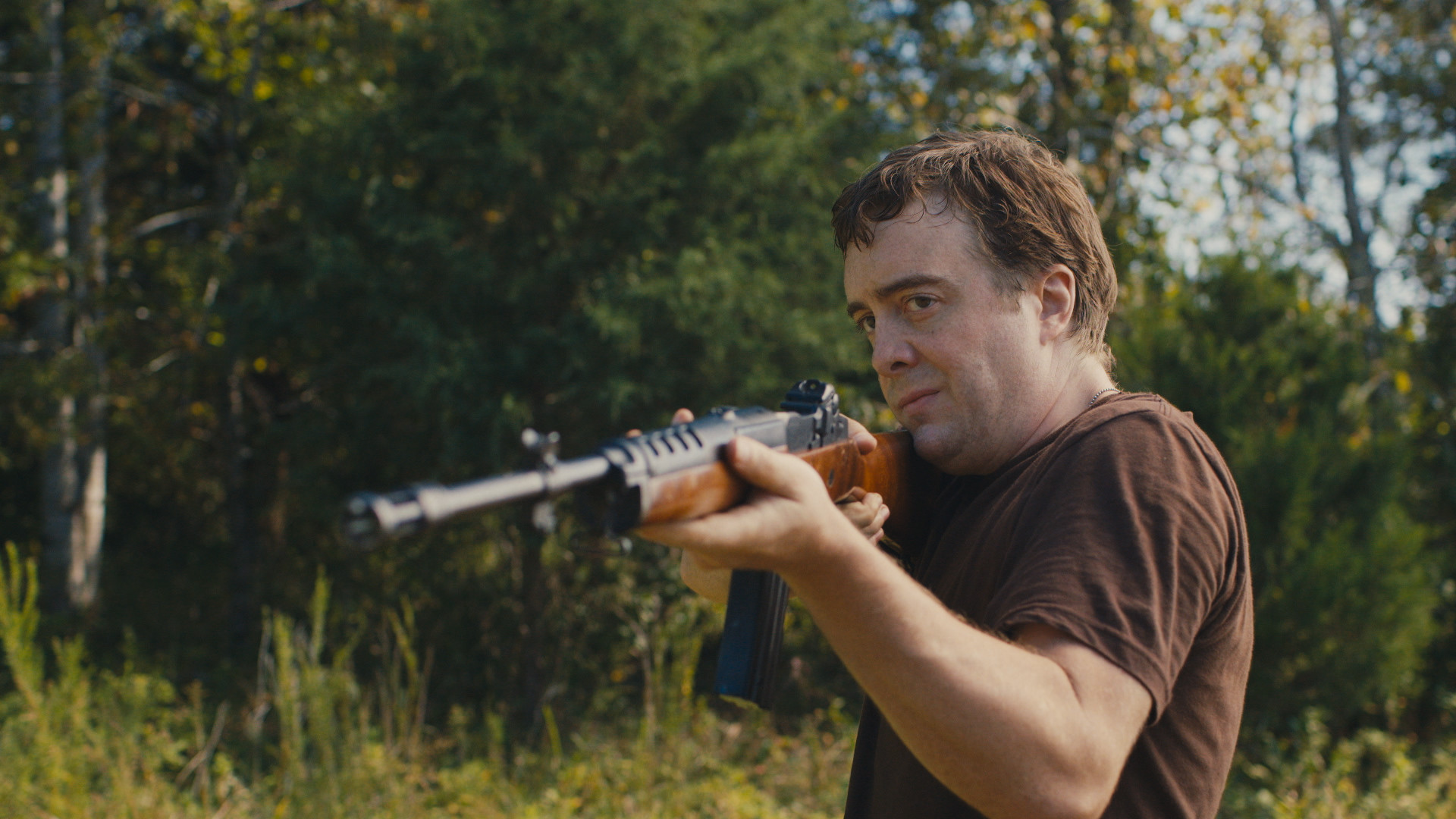 The weapon used in the top picture above moving through the woods) is in fact an M1A which is the Springfield Armory civilian version of the military M14 (7.62 caliber). The M1A is semi-automatic. The M14 is capable of fully automatic firing, therefore it is considered a machine gun.

The rifle in the second picture is a Ruger Mini 14 (.223 caliber) semi-automatic rifle. One does not have to look very closely to see the dramatic different between the two rifles. When the protagonist is given the rifle by his high school friend, he is told that the magazine holds 20 rounds. This is not correct. The magazine pictured in the movie is a 30 round magazine.

The last gun Dwight is given by his friend Ben looks to be a Taurus/Rossi "Circuit Judge" revolving Carbine/Shotgun.

The carbine shoots both .45 cartridges and .410 shot-shells/slugs. Ben's Circuit Judge appears to be a slightly rarer combination of black-oxide steel and wood furniture. 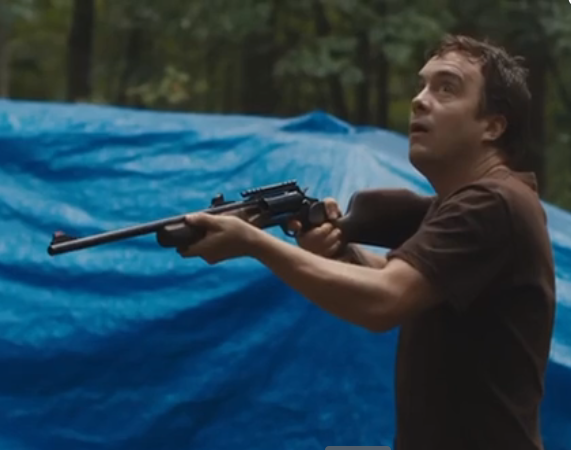 Not the answer you're looking for? Browse other questions tagged props blue-ruin .

13
What is the significance of the statue given to Hank?
21
What is the symbolism of the remote controlled toy car?
30
Why is it always the same type of beer cup used in college-style movies/series?
4
In Blue Ruin when did Dwight find out about William?
11
What are these cartridges that many characters have in the Star Wars movies?
3
Which is the oldest non-fantasy movie to design unique weapon for the character?
1
What exactly did Virginia install at the four corners of the glass window before entering into the house?
4
What type of gun is the Saint of Killers rocking on The Preacher?
7
Why is Darkman being "rotated"?
2
What was the medal that Ethan gives his niece in The Searchers (1956)?