Which animated cartoon series is this?

It was from late 80s or early 90s featuring an entire civilization living either beneath the surface of the Earth or right in the center.

The only thing I remember is that the intro and ending songs were catchy, and that the city was surrounding some object that was like the sun, maybe the earth's core.

Probably Spartakus and the Sun Beneath the Sea (French Les Mondes Engloutis, "The Engulfed Worlds"), also know as Shagma. 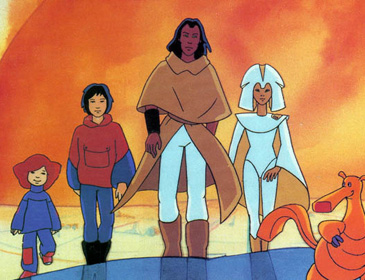 There are several examples of folk-lore and old religions talking about underworlds. In science the most prominent is perhaps Edmond Halley, (Halley's comet), who in 1692 put forth the hypothesis of a hollow earth. In more modern times the idea is popular among some New Agers and certain conspiracy theorists.

One of the more fun theories are in regards to the secret Nazi expeditions to Antarctica in the years before World War II. 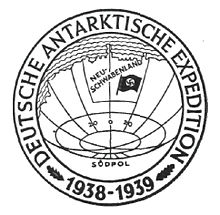 They claim the Nazis goal for the expedition was to find an entrance to the inner world.

4
Why are superhero animated movies not made with the same level of graphics as pre-rendered videogame cutscenes?