Why was Edward given scissors instead of hands?

In Edward Scissorhands, why did the inventor first give Edward scissors instead of functioning hands and fingers? Right before his death, he is showing Edward a set of prosthetic hands. Why not use those to begin with.

I'm no expert on the human body nor an inventor, but I always assumed they were there for testing/forming the tendons which would control the hands/fingers.

It might not make sense to me as I may have misunderstood the timeline or the time difference between Edward's creation and the inventors death, but I recall the inventor teaching Edward, trying to educate him. I don't imagine this all happened within a day.

Edward started as a machine with scissors for hands.

You see The Inventor, Edward's "father", look over at one his assembly line machines almost shaped like a human, and using scissor-like tools. 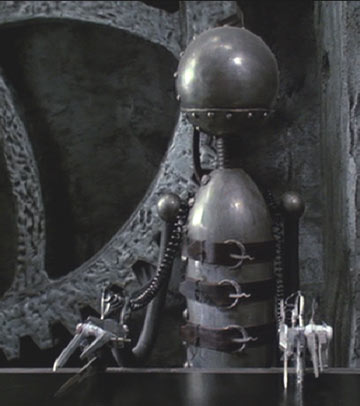 As you say, over the course of an unspecified amount of time, the Inventor transforms this machine into a "human" piece by piece (for instance, in one scene you can see Edward sitting upright, waiting for his legs to be attached), all the while teaching him how to be human.

The Inventor replaced Edward with prosthetic human parts piece by piece based on what he thought was the most important feature at the time. It is clear the most important piece for his "son" was the heart, so he began with that. 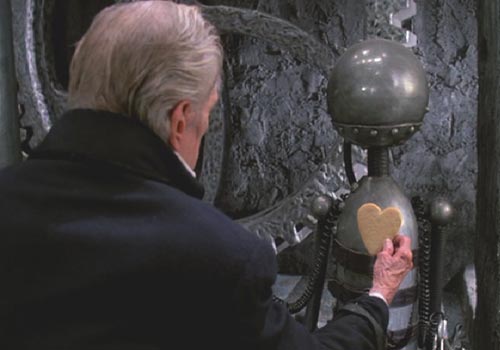 Then the face was added (socially, being the most important part of a human), and I would assume the other body parts followed a logical progression due to necessity, or perhaps even just availability of parts.

The hands were simply the final piece left to make him "complete", but alas, The Inventor's untimely death left Edward stuck with the scissors he had used while he was still a machine.

Edward Scissorhands was a creation of Tim Burton's that dated back to doodles from high school. From an article about an exhibit of Burton's drawings:

One of Tim Burton’s most famous characters, Edward Scissorhands, is way older than you think. “It was an idea from when I was a teenager,” says the director of Beetlejuice ... “It had been in my mind for a long time.” ...Those and other doodles (like the self-inflating cephalopod from 1994, below) are on display at the Museum of Modern Art through April...To unearth some of the forgotten gems, Burton sifted through boxes of old drawings he’d had shipped from a warehouse in the States to his home in England. “It helps ground you and gets you to remember what interested you to begin with,” Burton says. “I’ve never really felt like a writer. It was always a visual thing for me.”

Johnny Depp says that it wasn’t until he saw Burton’s sketches that he understood who he was to play. “I instantly fell for the character — he made his way into my body.”

So, the character came first, the story second! According to Wikipedia, Edward was unfinished when the inventor died. Presumably, functioning hands would have been very difficult to build, so the sicssorhands are just very early prototypes. 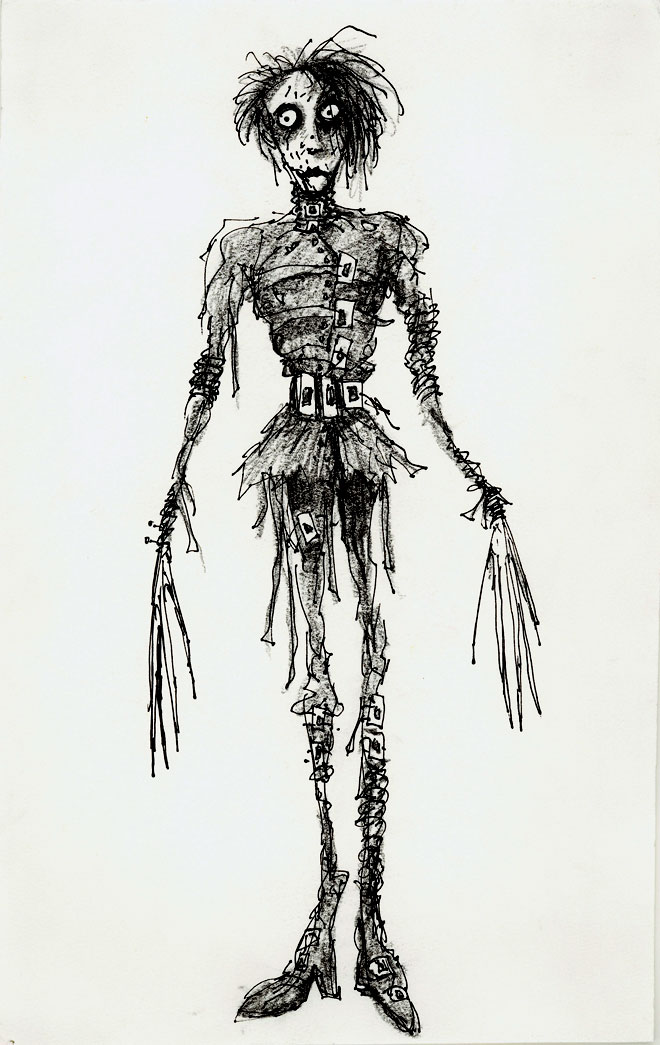 Not the answer you're looking for? Browse other questions tagged plot-explanation edward-scissorhands .

17
What was wrong with Betty's hands?
9
Was this X-Files episode influenced by Edward Scissorhands
1
When the last remaining bridge was destroyed why didn't they take the tunnel instead?
8
What was the significance of dinosaur hedge-sculpture made by Edward?
25
What was the purpose of mentioning the soft hands in Ocean's Eleven?
12
Why do the golden dice disappear in Kylo's hands?
4
Why does Edward look like this?
3
What happened in the end when Susan was waiting for Edward in the resturant?
0
Was the Golden Crown given to anyone else before?