Did Andy Dufresne use more than one rock hammer to escape from Shawshank?

In Shawshank Redemption, Andrew Dufresne ordered the rock hammer through Red, which he then used for 19 years to pick a hole through the wall.

Did Andy order multiple rock hammers? Its seems impossible to drill a hole for 19 years with one pickaxe. 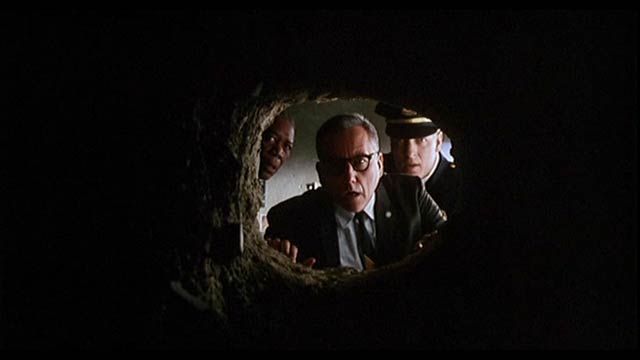 Great question! This isn't discussed at any point in the movie, but in the Stephen King novella Rita Hayworth and Shawshank Redemption which the movie was based on, Andy did order multiple rock hammers. From the story:

Time continued to pass - the oldest trick in the world, and maybe the only one that really is magic. But Andy Dufresne had changed. He had grown harder. That's the only way I can think of to put it. He went on doing Warden Norton's dirty work and he held onto the library, so outwardly things were about the same. He continued to have his birthday drinks and his New Year's Eve drinks; he continued to share out the rest of each bottle. I got him fresh rock-polishing cloths from time to time, and in 1967 I got him a new rock-hammer - the one I'd gotten him nineteen years ago had plumb worn out. Nineteen years! When you say it sudden like that, those three syllables sound like the thud and double-locking of a tomb door. The rock-hammer, which had been a ten-dollar item back then, went for twenty-two by '67. He and I had a sad little grin over that.

Then, from the end of the novella:

And, of course, he had the rock-hammer. I remember thinking when I got him that gadget back in '48 that it would take a man six hundred years to burrow through the wall with it. True enough. But Andy went right through the wall -even with the soft concrete, it took him two rock-hammers and twenty-seven years to hack a hole big enough to get his slim body through four feet of it.

So in conclusion: Andy used two rock hammers to escape from the prison.

Not the answer you're looking for? Browse other questions tagged the-shawshank-redemption .