Why does Rust keep checking for his pulse?

The character Rust, played by Mathew McConaughey in the TV series True Detective, Season 1, has quite a number of quirks or ticks. One of them is to check his pulse at times. His hand reaches out to feel for his cartoid artery for a while.

I have noticed that he is shown to do this exactly after a rough moment. The first time he does it is after his locker room altercation with Marty (when he threatens to break Marty's wrists). He again does this while accompanying Ginger (one in the biker gang called Iron Crusaders) on the black neighbourhood snatch. And if IIRC, he does it a third time right after he has had tempestuous sex with Marty's wife.

Why does he do that? Is it a way to subdue himself or something else? 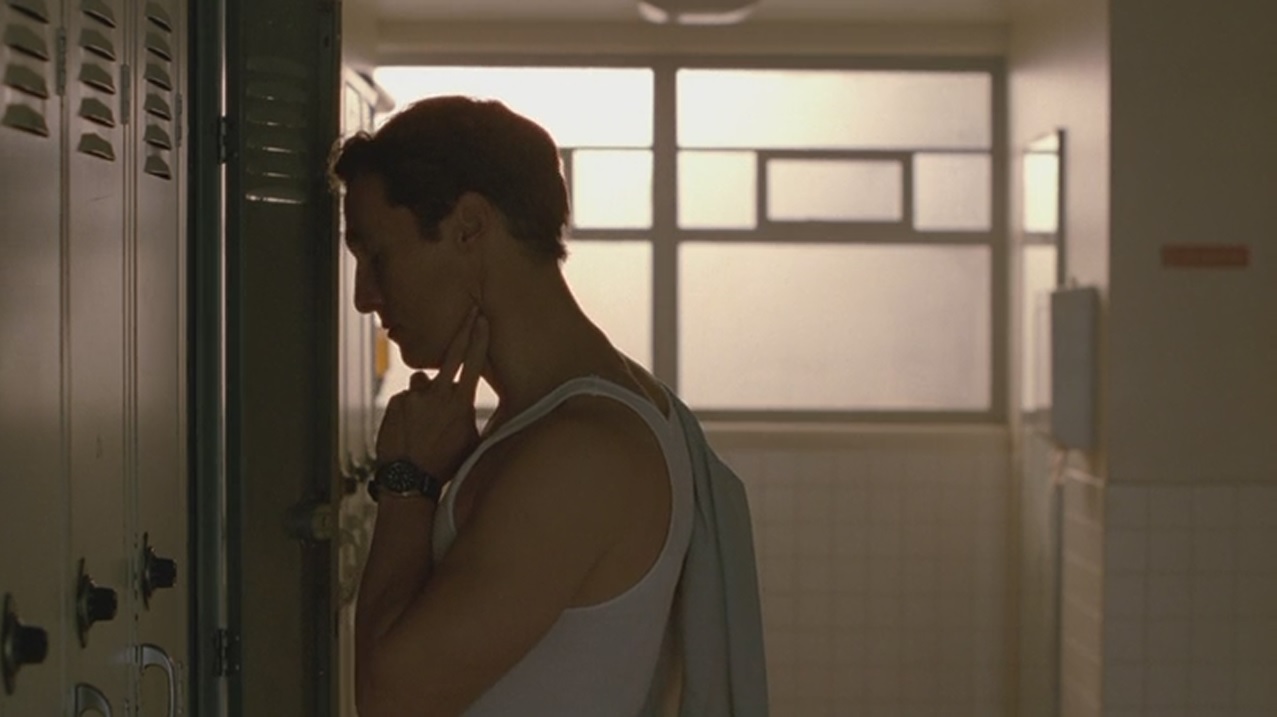 I always saw this as a part of Rust's detached, analytical behavior. He's checking his pulse to get an objective idea of himself and the state he's in.

For instance, for the first scene mentioned (altercation with Marty), I can imagine a few different interpretations:

For the bikers's raid, the same three interpretations could work.

For the last scene, I'd say the first interpretation seems more likely. He messed up: he didn't act rationally. In a sense, his body betrayed his mind. So he's trying to find his way back to his level-headed, intellectual self.

Regardless of his reasons for checking his pulse, it's a fantastic "mannerism" to give the character. It seems like a very clinical thing to do in emotionally-charged situations, and so underscores how Rust just isn't like other people.

It's a grounding technique I've seen suggested for people who have survived traumas. Basically a bio-feedback mechanism to remind you that you are alive/settle you after an emotionally volatile experience.

Rust is obviously messed up because of things he saw as a cop. His daughter was also killed in a car accident. Rust in general shows signs of maladaptive coping, such as his copious use of drugs and alcohol, never sleeping, and so on. He's a guy who has seen a lot of shit but who is too stubborn to seek help or express how he feels...hence why the season finale was so effective, because it's one of the few times we see him open up.

Not the answer you're looking for? Browse other questions tagged character true-detective .

6
If Jiraiya is so rich, why does he keep taking Naruto's money?
2
Season 5: Why does Nurse Jackie keep calling Charlie?
8
Why did Lombard keep calling Blore "Tubbs"?
4
Why do Reggie Ledoux and Errol call Rust "little priest"?
1
Why does he keep his gun backwards?
4
Why does Marty put a golf ball in his glove?
23
Why didn’t Thanos keep his armor on?
1
Why does not Sheldon use Taxi Cabs for his Transport issues?