The following scene is from a movie I watched several years ago. I would guess the movie itself was released between 1995-2005.

Cops and Medics get called for backup. 2 Cops arrive at an apartment building resembling the ghetto and meet an angry mob of black people that are screaming "the police is bad" etc.

They reach to the room where their squad mate is and find a dead body next to him.

The squad mate then says he needed to shoot the guy because he was in danger. The main character did not believe him but did not tell him his doubts.

The dead body was a black drug dealer.

The main char decides to help his partner out even if he doubts his story. They put the dead body on a stretcher and pretend to evacuate a injured patient that fell into coma to escape the mob.

It later turns out that the squad mate was a drug addict himself and he killed the drug dealer on purpose.

After days of searching a friend of mine finally identified this. It's American Gangster with Denzel Washington and Russel Crow. The scene starts approximately 31 minutes into the movie, here is the synopsis excerpt from IMDB:

It switches back to Richie who gets a phone call in the middle of the night from his partner who is flipping out because he killed a guy. They bandage the dead guy's neck to make it look like he isn't dead. Richie tells this partner that he needs help because he is hooked and that is why he killed the guy in the first place. His partner gets mad and jumps out of the ambulance. His partner says that it was Richie's fault to begin with, because he takes drugs to forget that everybody at the police station sneers at him.

Screen of the dead body: 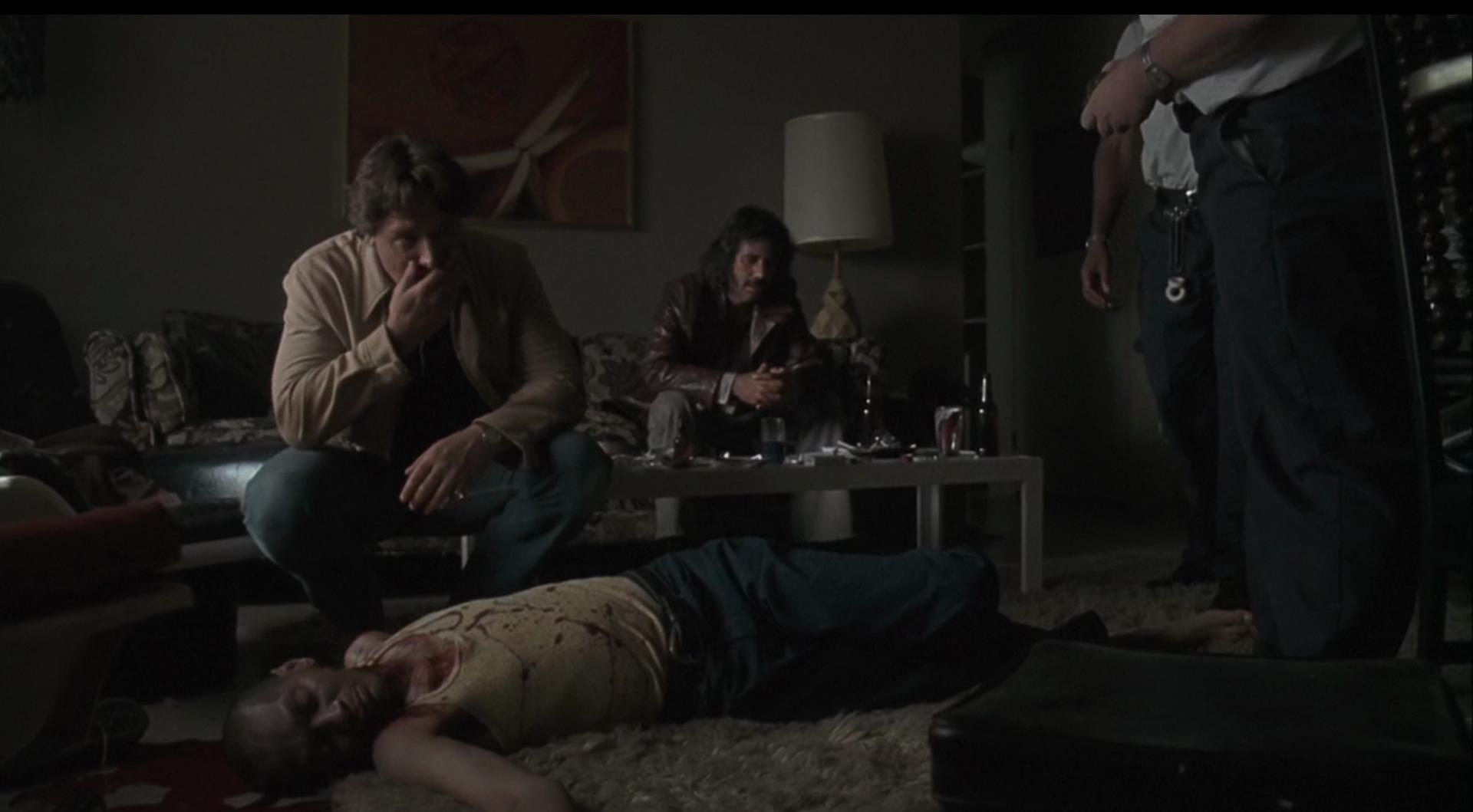 Screen of them bringing him out, calming down the angry mob: 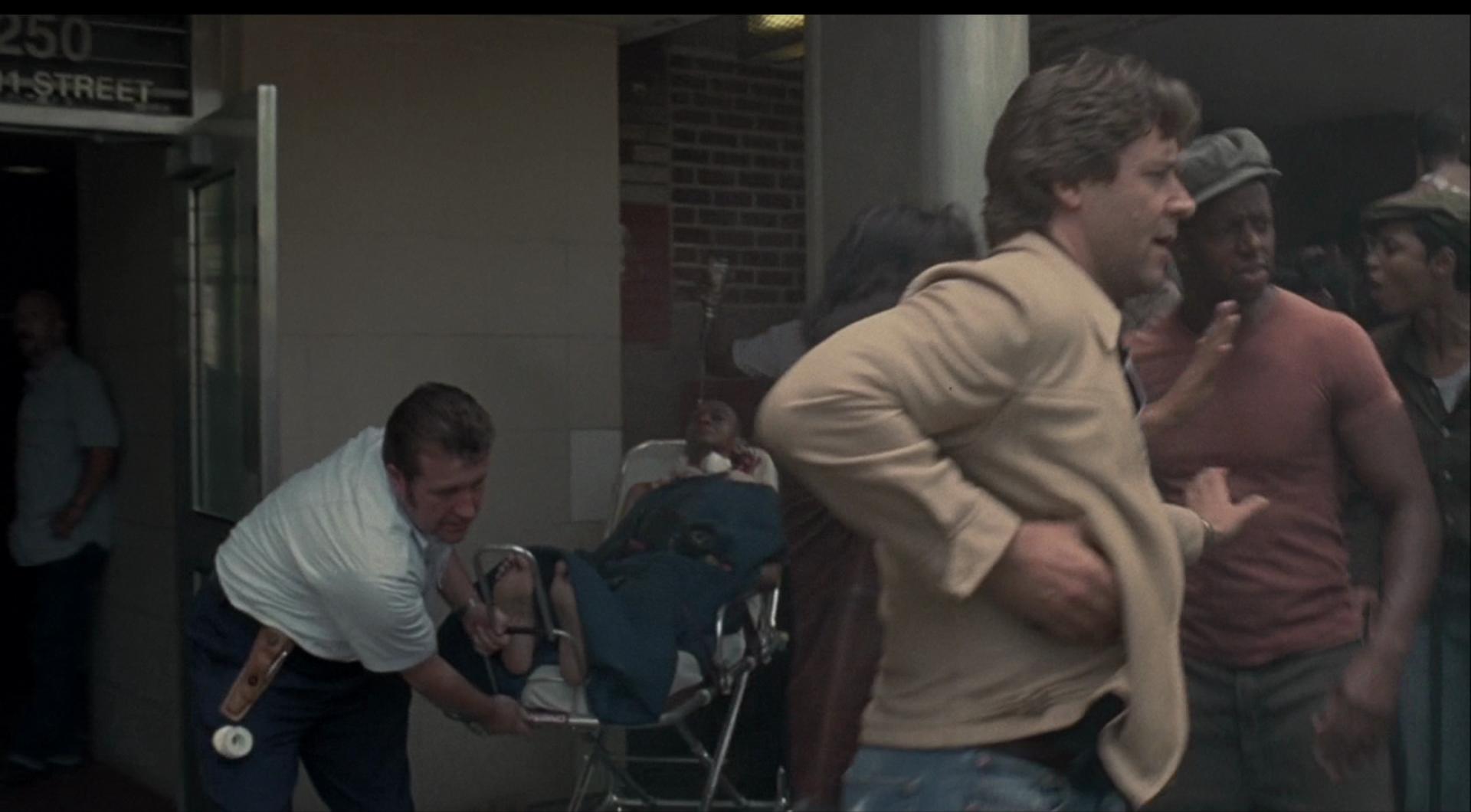 I remember watching this movie. It was an apartment building and they would visit it a second time later in the film. I think this story was suppose to take place in New York and I think it came out in the early 2000's.

Not the answer you're looking for? Browse other questions tagged identify-this-movie drama .