I'm trying to recall the name of a movie which featured a thin, fit/muscular and intelligent guy (young, white, possibly blonde hair, maybe a doctor) who somehow keeps large women in different houses (I don't think they were his houses). The women are not captives, they are there willingly and the man is trying to make them as fat as possible. He continuously weighs them.

In one of the scenes he brings one of the women a tray of hamburgers, but she won't eat them until he strips to his boxers. He doesn't actually have any sexual interactions with the women, he just likes them to be large.

In another scene, he is cooking up a concoction to feed the woman that contains human fat, weight gain powder (used by body builders) and some other ingredients. He feeds it to her with a funnel and she gags because "it was too salty".

The protagonist is some kind of cop, probably a run down hack. I believe in the end he ends up finding the bad guy and chaining him up and making him fat like he did the women.

The movie was recent, no more than 5 years old since it was in HD, English and set in current times. It was more of a thriller than a horror or drama.

I thought I watched it on Netflix, but going through my previously watched movies resulted in nothing.

I recall most of the movie, but just can't remember the title. Can you identify this movie's title? 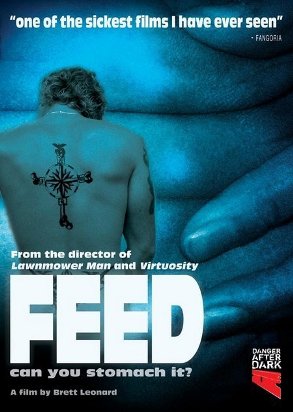 A cybercrime investigator tracks a man suspected of force-feeding women to death.

The plot follows Phillip, an Australian internet policeman who becomes obsessed with proving that there is something sinister behind a website which features grossly overweight women being force-fed by apparently loving captors. 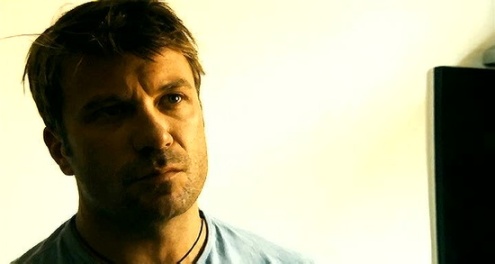 And here's the bad guy, in the midst of a 'feeding' session: 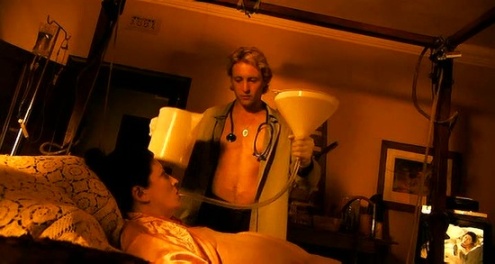 Read more about the movie here. Watch the trailer here.