Is Bjorn not Ragnar's son?

I am still in the middle of Season 1 of Vikings, so its very well possible that this is a plot point being explained later. Maybe I just missed it.

From the start, I always assumed that Bjorn was Ragnar's biological son. He certainly raises him like one and I recall them calling each other son and father respectively.

However, Ragnar is extremely happy when his wife Lagertha tells him that she is pregnant, saying that he is sure that it will be a son.

When the unborn child dies, Ragnar is afraid that "he will never have a son" and it becomes apparent that he and Lagertha already tried many times without success to have another (?) son.

What is going on? I can understand why Ragnar would want a son so desperately (as a successor), but what doesn't he have one already? Also why do Ragnar and Lagertha keep talking like they have not been able to have a son yet?

In the temple in Upsala Lagertha prays to Odin:

Do as you will with me, make me blind or death if you want. But give me a son...before it's too late! 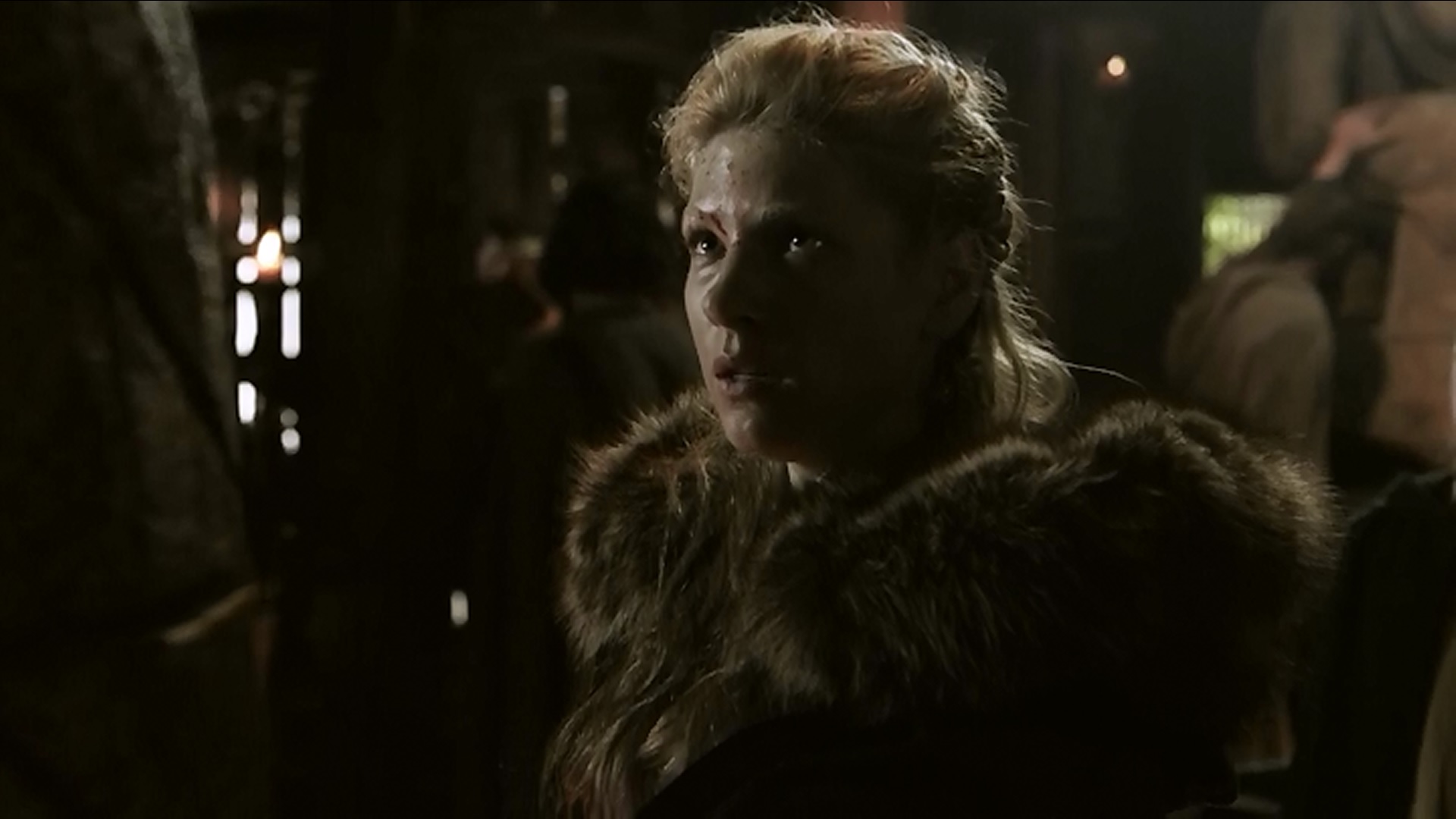 Is Bjorn not Ragnar's son? Or is he from another woman? Why would that matter?

From the Vikings Wiki:

The Seer had once prophesized that Ragnar will have many sons. Bjorn is the first of these.

As time goes on, he becomes more and more frustrated that he hasn't been graced with more sons.

Remember, given the era as well, multiple children would have been common - especially boys. This historical page about Viking life states:

A typical woman probably bore 7 infants during her lifetime, 29 months apart on average. During pregnancy, women were expected to continue working. After the child's birth, the mother typically returned to work with little delay. Evidence suggests that mothers nursed their children until the age of 2 years, which may have dictated the interval between the births of a couple's children. A typical couple probably had 2 or 3 living children at any one time. Few parents lived to see their children marry. And fewer lived to see their first grandchild. Three generation families were rare.

So to answer your questions: Bjorn is indeed the true son of Ragnar. And Ragnar is indeed extremely frustrated that the prophecy of his many sons doesn't seem to be coming to fruition with Lagertha.

History says that Bjorn is not Lagerthas son, but the show Vikings has rewritten history yet again. Lagertha did have a son with Ragnar but it was not Bjorn. Check the wiki on them. The show is really loosely based on history...key word is loosely. Lol!

According to historical story/myth, Tale of Ragnar's sons (Old Norse: Ragnarssona þáttr), Bjorn's mother was Aslaug not Lagertha. The saga as translated by Peter Tunstall as the following:

Ragnar married Aslaug, whom some call Randalin, the daughter of Sigurd Fafnir's Bane and Brynhild Budli's daughter. They had four sons. Ivar Boneless was the eldest, then Bjorn Ironside, then Hvitserk, then Sigurd. There was a mark is his eye, as if a snake lay around the pupil, and that's why he was called Sigurd Snake-in-Eye.

I'm not sure why they changed that for the tv show.

However, it contradicts the scene (0:51) from S04E16 when Hvitserk and Björn hears Ragnar's spirit (?) speaking about piglets.

Im convinced he's Rollo's in the show. No matter show writing or historical facts. He's just like young Rollo with the exception of raping women on raids. He's a brute. He's twice as big as everyone else. He's narcissistic and cares about no one but himself. Only doing what's right out of obligation. Cares nothing for any of his wives or children. Changes from woman to woman for no reason, abandons his children left and right. He's basically pre Paris Rollo. And I had read about the theory of Rollo and Lagertha and it all makes sense with tensions in season 1.

I am pretty sure Bjorn is Rollo's son. Well explains tension between Lagherta and Rollo from earlier seasons. Possibly due to rape

2
Why was Lagertha made mother of Bjorn?

14
Why is the “STAY” message sent in Interstellar?
2
Why was Lagertha made mother of Bjorn?
5
How was the prosperous Kattegat not taken over in Vikings?
5
Why was Athelstan the most important person in Ragnar's life?
1
Who is telling sons of Ragnar about Ragnar's death?
3
Who killed Siggy, the daughter of Bjorn Ironside?
2
Ragnar's injury after the Paris battle
1
Is Ragnar's posture in "Vikings" due to a character injury or his actor recovering from one?
1
Who are Ragnar's sons and wives, and how close is he to them?
0
Why didn't Harry Rawling just pay Jack Mulligan the one million?