Okay I’ve searched for hours but I can’t find this movie. I'll list some scenes I remember.

I remember it was about a little kid who was diagnosed with brain cancer and knew he’d die soon. I remember a scene when he was lying on his bead and his face was to the pillow. his father told him "stop it" so he told him "I'm going to die anyway".

I remember him and his father (I think) going out on some journey. they asked some guy for directions. the guy made them go on a blocked road and came after them, showed them a knife and stole their money

their car was stolen also. I remember they they stopped for some guy who needed a ride. they were chatting. he told them about his wife and that she had breast cancer and the kid told him that he has brain cancer. they stopped (can't remember why), the boy and his father stepped down from the car and the guy stole the car.

I remember the kid on his father’s back. the father shouts I’m a moron and the kid replies giddy up moron.

they enter a bar. and there’s some game of a pistol duel (the guy has a pistol in his pocket, the guy in the game counts to 3 and you have to shoot him on 3) the father tried a lot but couldn't win.

…in the end the kid died. the father got back to that bar, played again and won and walked away and the bar tender asked him “don’t you want your money” but he didn't reply.

I think I saw this movie about 8 years ago or something. 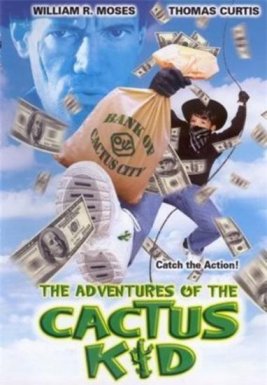 Here's what the blurb says:

When Jack discovers that his 10-year-old son Georgie is dying he makes a promise to fulfill all of his dreams before their time together runs out.

Georgie tells his dad that he wants to rob a bank, just like the heroes in his favorite comic book "The Cactus Kid".

From the trailer page (link below) and this site:

Jack's world collapses around him when he learns that Georgie is dying of an inoperable brain tumor. 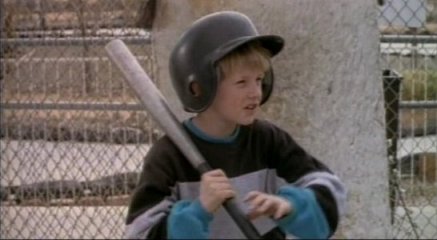 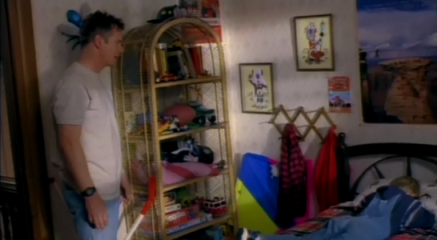 ~ Screenshots from BlizzardKid and The Wild Boys

And towards the end when Jack returns to the saloon for the shooting game: 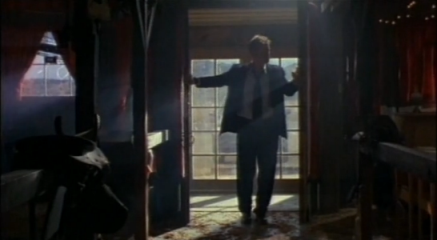 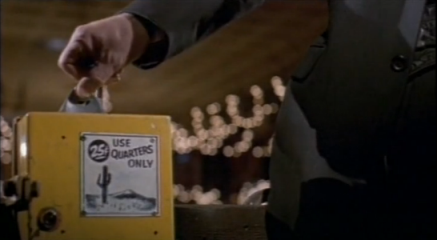 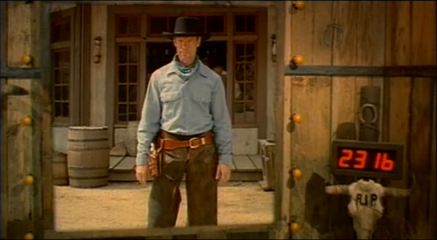 Watch the trailer to confirm. Or watch the full movie, if you don't mind sitting through a Russian dub :-)