I saw an episode of a TV episode a few years ago. I've asked about it on other sites and got almost unanimously pointed to Supernatural. However, I've been watching Supernatural and I'm up to season 7, and I'm pretty sure I'm up to episodes that aired after I saw this other episode. Here's what I remember:

Like I said, sounds a lot like Supernatural, especially if the car in #3 is a black '67 Impala and the people in #2 were two brothers in their 20s/30s. Both are possible.

Thing is, I was at my brother-in-law's place, and it sounded like a cool episode. It got me into Supernatural, and even though I didn't get a hit, I'm enjoying the show. The show I remember didn't have angels, or demons, but there was a supernatural element to the crime. I vaguely remember maybe the plants were special, or maybe the girl had the a terrible secret trope, like a monster in disguise or something. Or maybe the guy was the monster. Anyway, the curiosity is bothering me, so I thought I'd cast a net.

Reading your question the first thing that came to mind was an episode of Justified, specifically S02E01 "The Moonshine War". It would have been out at around the right time. There are no supernatural elements to the show, however it still may be worth a look.

This couldn't be Grimm, could it? 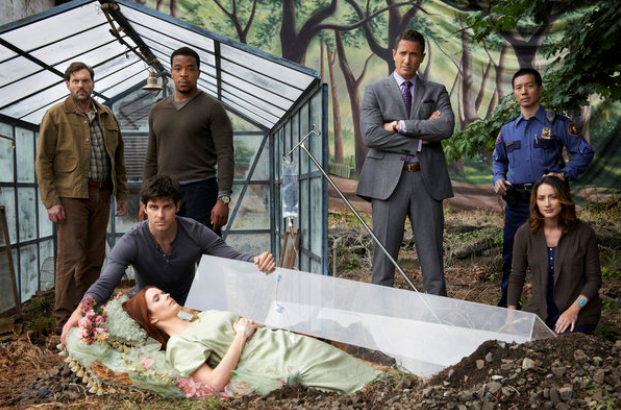 I've never watched the show myself, but I know it circulates similar themes and tropes to both Supernatural and the Whedonverse.

I read that the rights to Fables spent a long time being passed around, and instead of an adaptation what we ended up with were two poor quality derivatives: Grimm and Once Upon a Time

If it isn't, could you at least rule it (or Once Upon a Time) out to help others focus the parameters of their search?