Why do so many Cary Grant films show him in a shower?

I notice that a great many of Cary Grant films show him in a shower, bathroom or bathhouse, with or without clothes on.

Was this supposed to be some 'trademark' of his at the time that his fans have come to expect (just like most of Hitchcock's films show a cameo of the famous director)?

I counter the first response. As opposed to other film stars of his day, much of Cary Grant's appeal came from his ability to not be a manly ideal. In many of his early films like Bringing Up Baby (1938), My Favorite Wife (1940), Arsenic and Old Lace (1944), and Mr. Blandings Builds His Dream House (1948), he plays a nerdy or hen-pecked person who is constantly outmatched by the situations and characters around him. 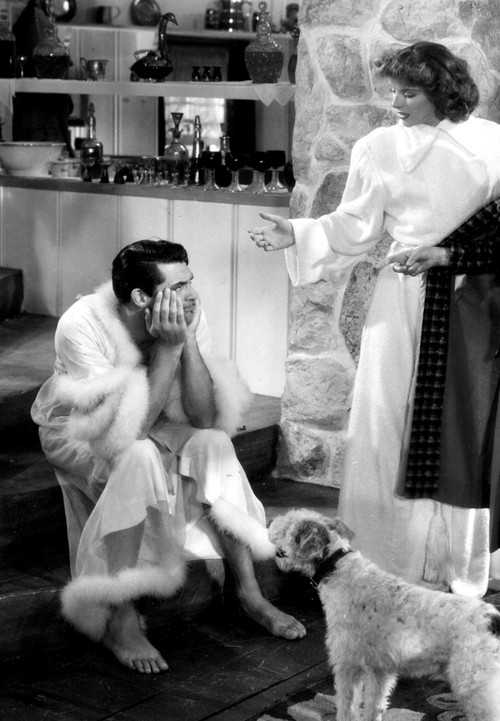 This is not sexy 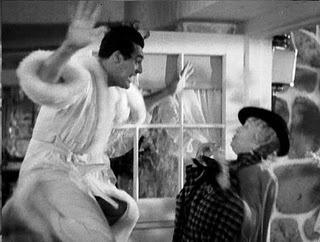 The Howards of Virginia 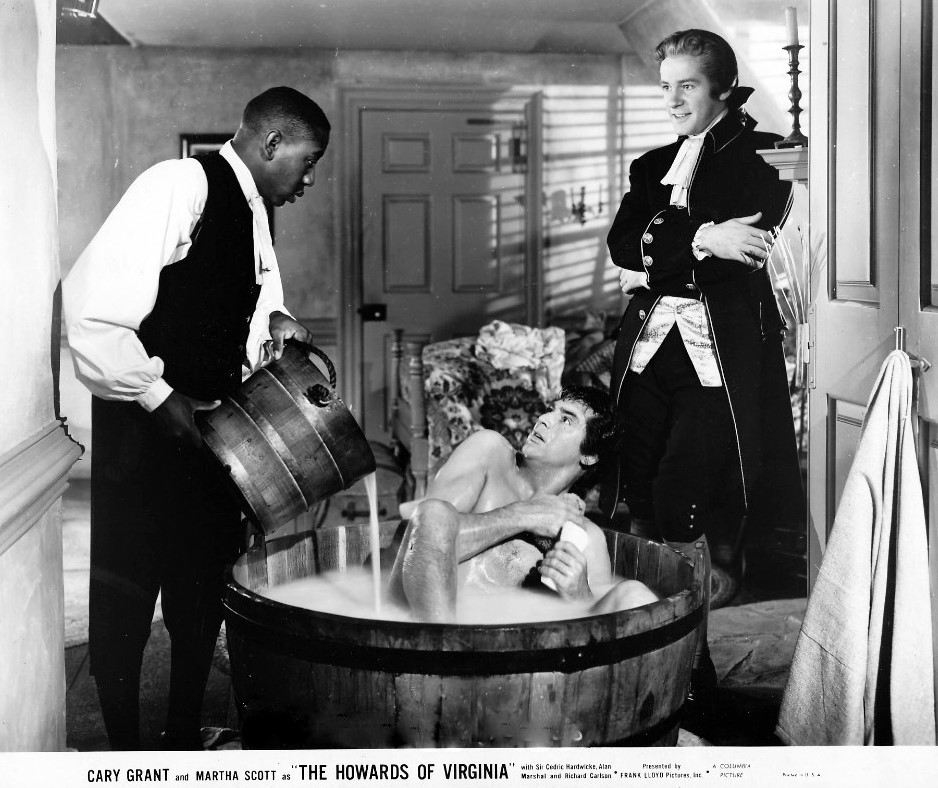 In these films, he's shown in bathrooms, or unclothed, or shaving because it emphasizes his vulnerability and makes him funnier. It's actually particularly true in North by Northwest (1959), where there's an entire sequence about the indignity of him having to use travel-sized shaving tools (while on the run). 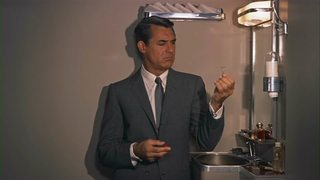 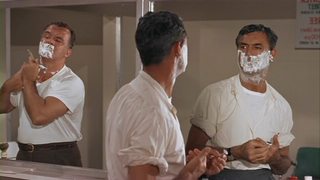 In the specific case of Mr. Blandings Builds His Dream House, the bathroom is a metaphor for Grant's characters needs throughout the movie. 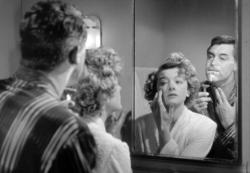 His attempts to fight for turf in the bathroom mimic his efforts to get what he wants out of the giant remodeling at the center of the picture.

Bathroom scenes are moments when Grant, as his character's life is spiraling into ruin, attempts to put his life back together and fails. 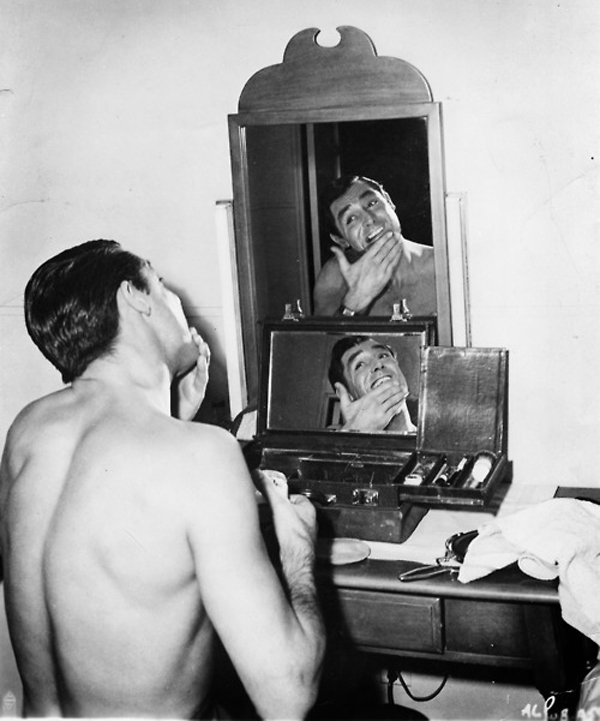 Okay, this shot may be for the sexy. 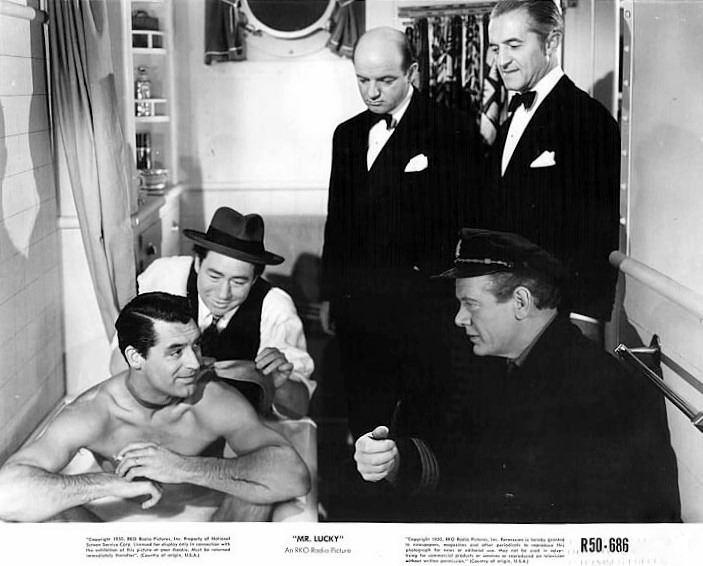 If anyone would like to try their hand at a general analysis of actors in tubs, here's a great image resource.

I don't think you could really call it his "trademark", but studios were definitly trying to capitalize on his sex appeal. Grant was what Brad Pitt was in the 90's and Chris Hemsworth is today, and the more often you can get away showing a semi-clothed hot item, the more tickets you're gonna sell to women (and, consequently, their dates).

His "trademark", if you will, was actually his dimpled chin.

3
Why did Lucretia help Gannicus by giving him Ilithyia's information?
27
Why does Brody's wife call him by his surname?
6
Why doesn't Grey allow Anastasia to touch him?
58
Why did Ramsay strike him?
3
Why does Petyr turn Nick (instead of just killing him)?
2
Why did Ray Kroc's past haunt him in The Founder?
5
In Constantine, why did Lucifer grant John a wish?
8
Why are they calling him Jaskier?