A movie about a man ending up in a concave or (Hollow) world think the movie was Russian or Eastern European. Pretty sure the movie was made since 2000 but not 100% sure. I remember him talking to a women about the concave world (she was a native of that place) and her being confused when he talked about his world. I only saw the trailers so don't have much info. 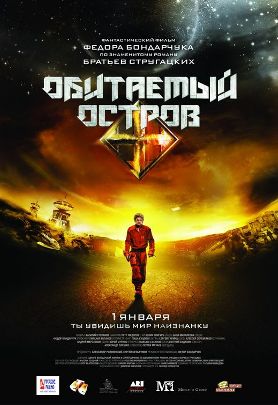 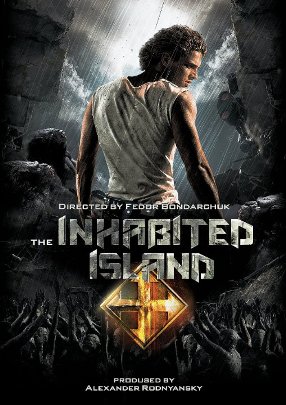 The film is set in the year 2157, following the exploits of a young earthling named Maksim who unexpectedly crash lands on an uncharted yet fully populated planet. 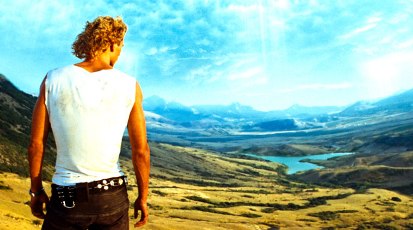 Maksim, now a stranger in a strange land, must figure out how to survive in this hostile new world while simultaneously bringing about a revolution against an oppressive government that controls its citizens by use of an elaborate form of mind control. 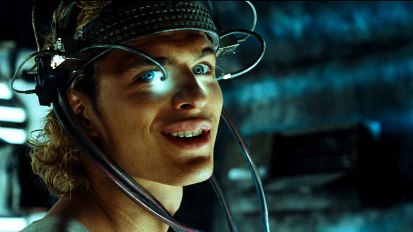 It's odd but most of the reviews I've read don't mention the "hollowness'' of the planet (shown in the first pic). Some details from the book the movie was based on:

The protagonist, Maxim Kammerer, is stranded on the world of Saraksh where the atmosphere has such an enormous refraction index that the horizon seems to bend upwards.

Here's a bit more on that:

Saraksh's skyline must look really bizarre to a Terran. The atmosphere's chemical composition results in total lack of clear skies, and somehow distorts optics to the point where the planet's surface appears concave instead of convex, making it seem as if the planet is actually the interior of a giant bubble.

~ Posters from IMP Awards and IMDb; Stills from SCIFI-Movies

Watch one of the trailers to confirm. There's also an English-dubbed promo.

Note: "The Inhabited Island" is actually a two-parter. More details on the second half here and here.

Not the answer you're looking for? Browse other questions tagged identify-this-movie science-fiction fantasy .