Sometimes in a scene where a character is supposedly looking directly at another, the actor is in fact looking slightly to the side. When I notice this, it generally appears to be done intentionally so that the looker's face is more visible to the camera. Is this a common technique, and if so, is there term for it?

I interpreted the question as referring to "cheating to the camera". That is, when actors are supposed to be facing each other, they are usually turned slightly to face the camera. @ChrisNoe, this is called "cheating" or "cheating to the camera". It started in the theatre (of course!). It lets the audience see more of the actor's face or body instead of just a profile. You'll see it a LOT in sitcoms, and it's especially noticeable when there are 3 or more people talking. Normal humans group into a circle, but not on sitcoms! 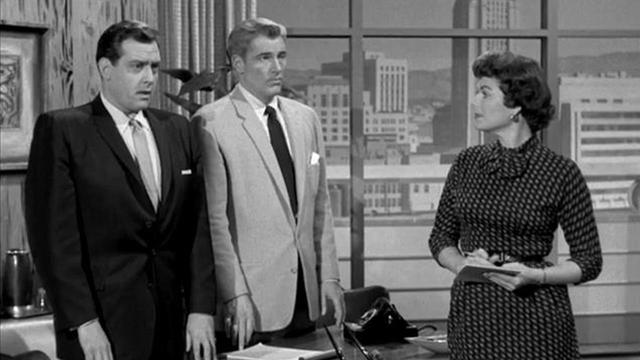 This is just the logical execution of film-making, in order to maximize the clarity of the scene.

It is a result of the conflation of the Kuleshov Effect, the 180° rule, and just... well...common sense.

Camera shots are not typically blocked into character POV's: that would be a very stylized and specific type of shot that could seem jarring.

The camera is staged to the side of the character, and the parallax obtained by this will of course show more of the character's profile than a blanket face-on shot. It helps to sustain the illusion of spectatorship, whilst also communicating clearly and precisely who is talking and allowing the full extent of their acting/emotions to be exhibited.

33
Is this mask really possible?
11
Camera shot with close-up next to farther away standing person
8
Hair changes in The Book of Life - What's this called?
10
Camera technique where crowd moves fast around a stationary character?
6
What was the filming technique used to film "Jim's Ride"?
5
Is there a name for this film technique seen in season one of Russian Doll?
2
What's it called when a character mentions something, and the scene immediately cuts to that thing?