A woman is being stalked by someone. Phone calls etc. I'm almost sure he's a murderer and is taking out her close friends and family one by one. During the film she has a friend who tries to help her etc when she's by herself etc.

The ending is that the stalker finally reveals himself and it turns out to be the guy helping her ( I know it sounds like every thriller made in the 1980s with that "twist").

A note to add is that the friend is a clean shaven well presented chap. But on the revealing of the twist he ends up with dodgy face stubble and has a limp. In fact the limp might be something he had been concealing from her. 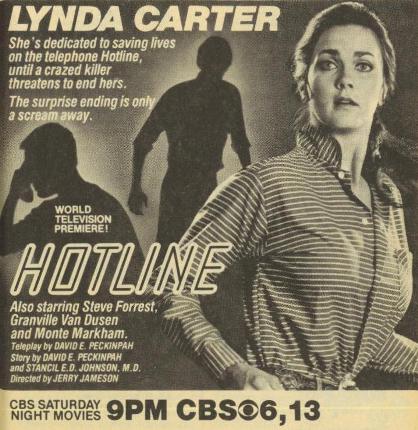 Struggling artist Brianne O'Neil is talked into being a volunteer to answer phones part-time at a crisis center. She soon finds herself being stalked by a psychotic caller. 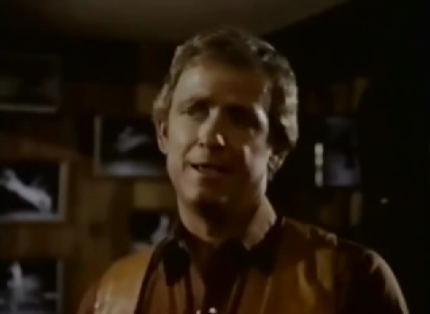 And this is him in 'stalker mode': 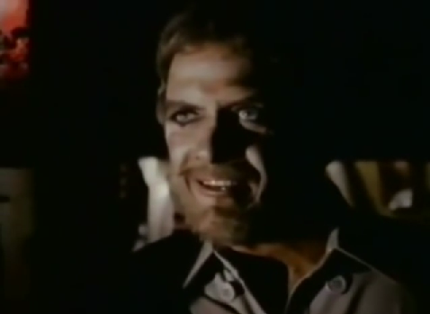 Read more about the movie here, here and here. The trailer's available here.

The movie's been uploaded on YouTube. Watch that scene you described here.

P.S. Couldn't resist putting up that old ad. Besides, there weren't any decent posters anywhere.

On her first day on the job, NYPD officer Megan Turner, the lone officer on the scene, shoots and kills the perpetrator of a supermarket hold-up. Since no gun was found on the perpetrator's person or at the scene and none of the witnesses could corroborate Megan's story definitively that the perpetrator was indeed wielding a gun, she is suspended from active duty. She is quickly albeit temporarily reinstated to the position of homicide detective because the spent shell casing from the bullet used in a subsequent murder had her name carved on it. This murder ends up being only the first in a series. Working on the case with fellow homicide detective Nick Mann, Megan initially has no idea who in her life could be the murderer. In short order, the murderer does show himself to her. He is commodities trader Eugene Hunt who she met immediately following her suspension and who she has since dated. He also implies to her that he was in the supermarket at the time of the hold-up and that he ...

Here she is a cop (which you didn't mention, though) accidentally killing someone. But she is stalked on the phone by a guy that saw this and goes on his own killing spree. And it is later revealed (to her, we know all the time, I think) that he is the guy she was dating and after that he one time also appears at her family's house playing her "friend", while only she knows how dangerous he is.

But some points don't match. He doesn't have a limp and, being Ron Silver, he always wears a beard (though still well-presented). But maybe you have mixed him up with her partner, who is clean-shaven (and with whom she starts an affair at the end, too, I think).

I´m searching for the same movie, I think...is it this one:

15
Is there a criterion to differentiate "thriller" from "horror"?