What kind of heat vision goggles?

What heat vision goggles are used in the The Expendables movie during the beginning scene with the Somali pirates? Do these type of goggles actually exist? If so, what is the make and model?

They were "Gibberish Goggles", available from absolutely nowhere.

The goggles were intended to be Thermal, but the logic that sustains them falls apart under the weight of their own inconsistency (much like the film itself!)

Many films have played with their representation of 'Heat Vision', but none fail so spectacularly as The Expendables... 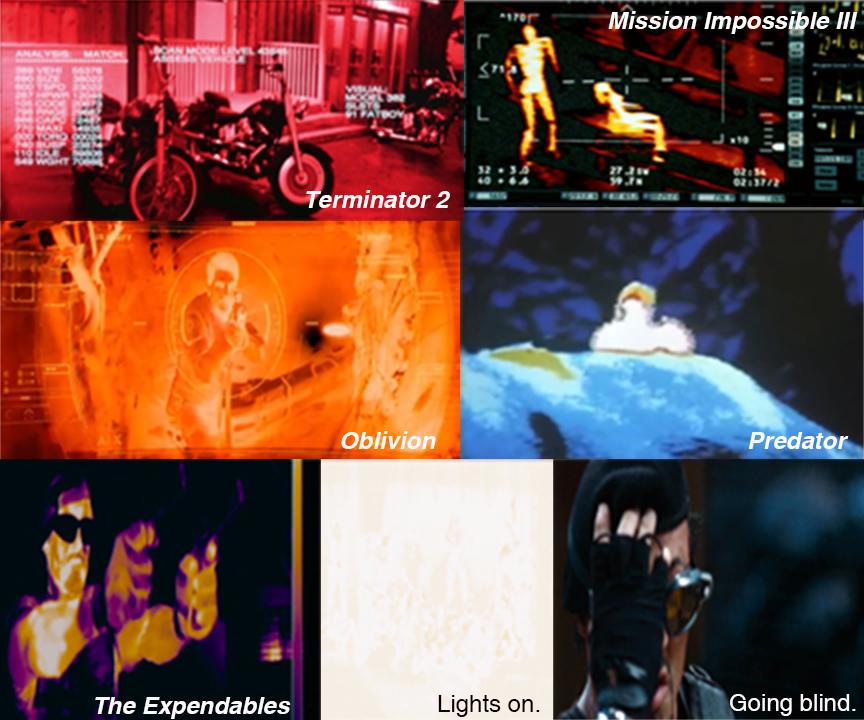 'Thermal Vision' picks out heat signatures, rendering them as Hotspot's (like the POV in the expendables).

However, when the lights are 'switched on' in the Movie, it seems to blind Barney Ross: The problem being, this would only happen if they were nightvision goggles, as light itself has no effect on the infrared spectrum:

Thermal infrared looks exactly the same with high light exposure or darkness as modern digital sensors are looking at the invisible infra-red energy. I suspect when they originally wrote the script and shot the scenes they intended it to be that greenish amplified moonlight night-vision, but Sylvester Stallone and the special effects department figured it would look cooler as thermal imaging in post-production, the heck with the science.

Not the answer you're looking for? Browse other questions tagged the-expendables .