Why the yellow-orange tinting of the entire movie?

Fritz Lang's silent epic Die Nibelungen is completely tinted in a yellow-orange tone (and the film has only been reconstructed rather recently (2010) to this original color tinting using the same chemical processes as back in 1924, so not all versions around have it). Here are some examples from the original (and 2010 reconstructed) version of the movie: 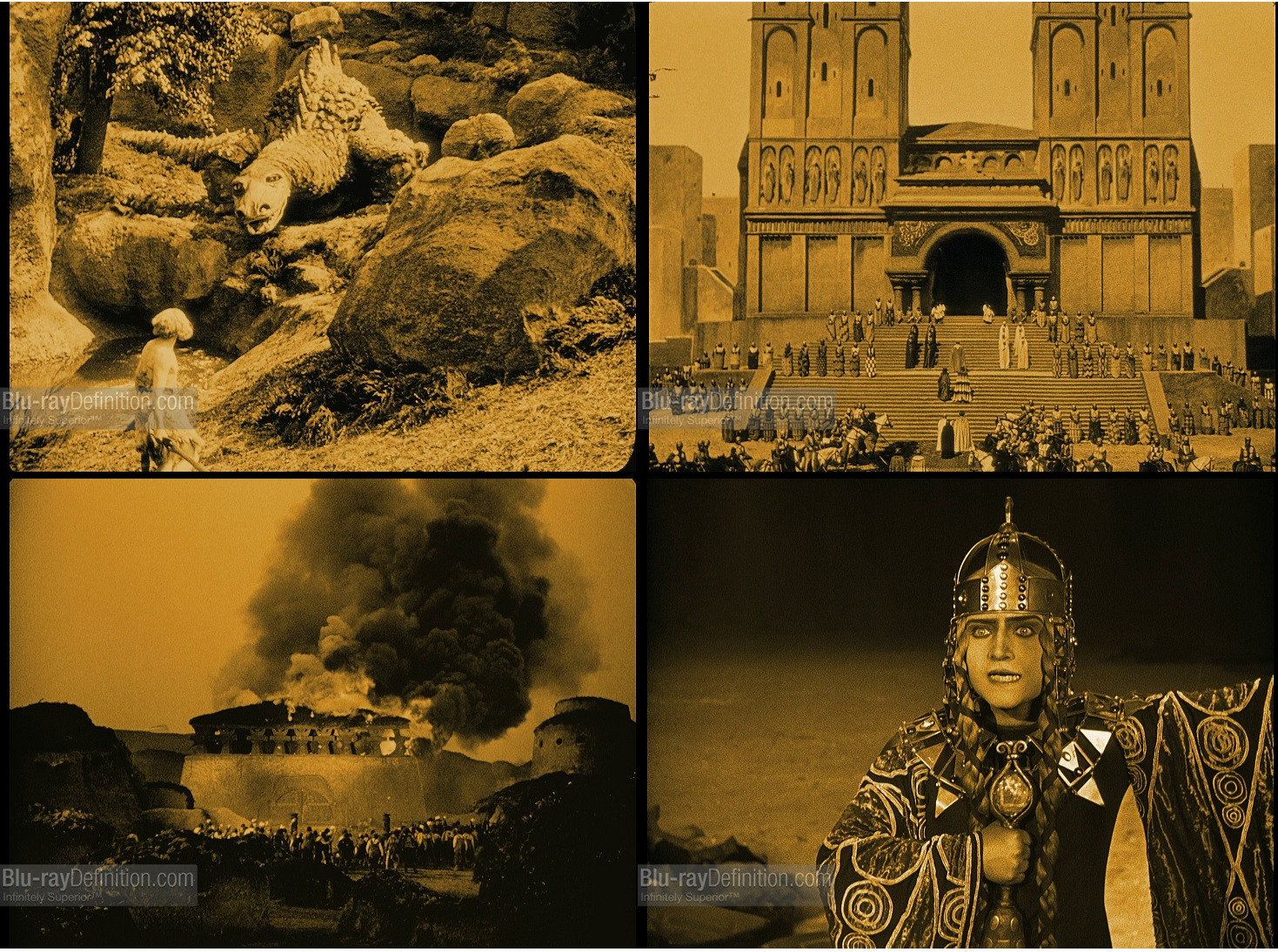 Given that this had to be done by a chemical post-processing of the film, it was a deliberate artistic decision rather than a mere technical one. So there has to be some kind of effect Lang wanted to achieve with this. But while it seems to have been a rather common procedure to tint individual parts of silent movies to convey some special dramaturgic effect or provide additional information (like blue for night scenes, red for love and crime, ...), this doesn't hold so much when using a single tone for the entire movie, I think.

So is there any information or theory as to why the whole movie was tinted with a single color and why this yellow-orange? In which way did this support the movie's story, themes or effect?

Having searched around a bit, I'll use this answer to record some small things I could find and infer. But note that I don't consider this answer in any way complete or definite and would highly encourage additional answers if someone finds out more (or just has a different theory on his own).

According to Wikipedia tinting was a common procedure in silent films back then and used rather extensively (though dimishing over the years and needing to be reconstructed explictly nowadays). But it says that tinting was used for dramturgic and narrative effect to convey additional information about the story and its setting, e.g. tinting scenes supposed to play at night (but not recordable at real night time) in blue. Based on this, it says that:

And the German version of the article adds:

But given the fact that the same tinting was applied to the entire movie, this use seems rather unlikely. But then again, seeing the fact that the movie is set some 1,500 years ago, one could infer that the amber tint might be used to emphasize this old migration period setting (where candle and torch light was rather common).

The best source I found so far was this site from the TV channel that aired the recostructed version in 2011 (translated into English by me):

So far Die Nibelungen were prevalent in black and white. But the sources link to a tinting, a monochrome coloring of the movie. [...] The existing copies are in a single tone, orange; in the negatives this tone is noted in writing. Only Kriemhild's hawk dream, an animation assigned to Walter Ruttmann, is emphasized by a tinting in lavender. [...] That aside, tinting is not used here for dramaturgic purposes, as in many movies of the time. So certain places, daytimes and dramatic situations are not supported by different color tones [...]. The night scenes were shot at night, which was a big challenge given the less sensitive film stock existing back then. [...] Because of such achievements the film did not need conventional colorings. The continuous orange tinting adds to the masterly light dramaturgy, the subtle nuances between light and shadow, by reducing the contrast of the film with a warm tonality.

So it seems the dramaturgic use of tinting was dropped due to technical achievements in capturing night scenes, opening more artitistic freedom for its use. And the primary effect achieved with it was the smoothing of the contrast and emphasising the play with light and darkness.

Subjectively speaking I enjoyed this coloring very much as it underlined the story and themes pretty well with its golden shine. Even though it was the same coloring throughout the entire movie it was IMHO still more exciting than just black and white. But it is hard to say if this had the same effect on audiences back then, who were used to more diversifiedly tinted movies anyway.

Not the answer you're looking for? Browse other questions tagged analysis film-techniques die-nibelungen .

11
Why do movie coroners eat while they do an autopsy?
7
In the last scene of the movie "A Clockwork Orange" By Stanley Kubrick
2
What is the reason for Brunhild's suicide?
21
Why did Kubrick avoid a direct explanation to "Clockwork orange"'s meaning?
8
Relationship between “Mr. Orange” and “Mr. White” in "Reservoir Dogs"?
12
Why are easter eggs put in a movie?
2
How do film producers and crews film movies based on entire or just a proportion of towns and cities (real cities and towns)?
7
When was "teal and orange" first used for night scenes?
6
Was Broken Blossoms (1919) originally shown with tinted film?
4
Was Amy Sedaris' role on Mandalorian counter to the entire Star Wars aesthetic?