Who are S.H.I.E.L.D accountable to in the Marvel Cinematic Universe?

I always thought S.H.I.E.L.D to be a clandestine organisation, claiming autonomy from any specific state or sovereignty, but the Agents of S.H.I.E.L.D. episode 'The Asset' has thrown some doubt over whether this is true in Marvel's Cinematic Universe (i.e. Earth-199999, MCU).

S.H.I.E.L.D. is denied operational privileges in Malta for some undisclosed reason, attributed to being unable or unwilling to start a conflict.

Is this potential war inferred to be directly with S.H.I.E.L.D.? if so, how could a government start a conflict against a clandestine organisation?

Does this mean that S.H.I.E.L.D.'s actions can be attributed to a specific state, or are they considered to be working towards pan-Global interest? if the latter, why would Malta refuse to acknowledge their authority?

The series seems to indicate that S.H.I.E.L.D. is representative of a select group of interests, whereas previous entries set in the MCU presented them as working against intergalactic threats (largely incorporating the responsibilities of S.W.O.R.D in the 616), for the benefit of the survival of humanity in its broadest definition. I'm sure Guardians of the Galaxy will be in some way a commentary of this.

In the movie The Avengers, Agent Fury is seen receiving instructions and orders from The World Security Council.

Fury directly disobeys them in regards to nuking New York City during the attack, but nonetheless seem accountable to this group.

S.H.I.E.L.D. is controlled by the Council. The Council communicates with S.H.I.E.L.D. director Nick Fury using several large plasma screens, each one displaying one of their faces. They are seen disagreeing with Fury's decisions during the Battle of New York. The World Security Council had at least one override command that they used during the Battle of New York to override Fury's orders and sent two jets to launch a nuclear missile at New York, one as a decoy to distract Fury long enough for the other jet to make it's [sic] escape and send the missile off.

(Both quotes taken from WSC link above.) 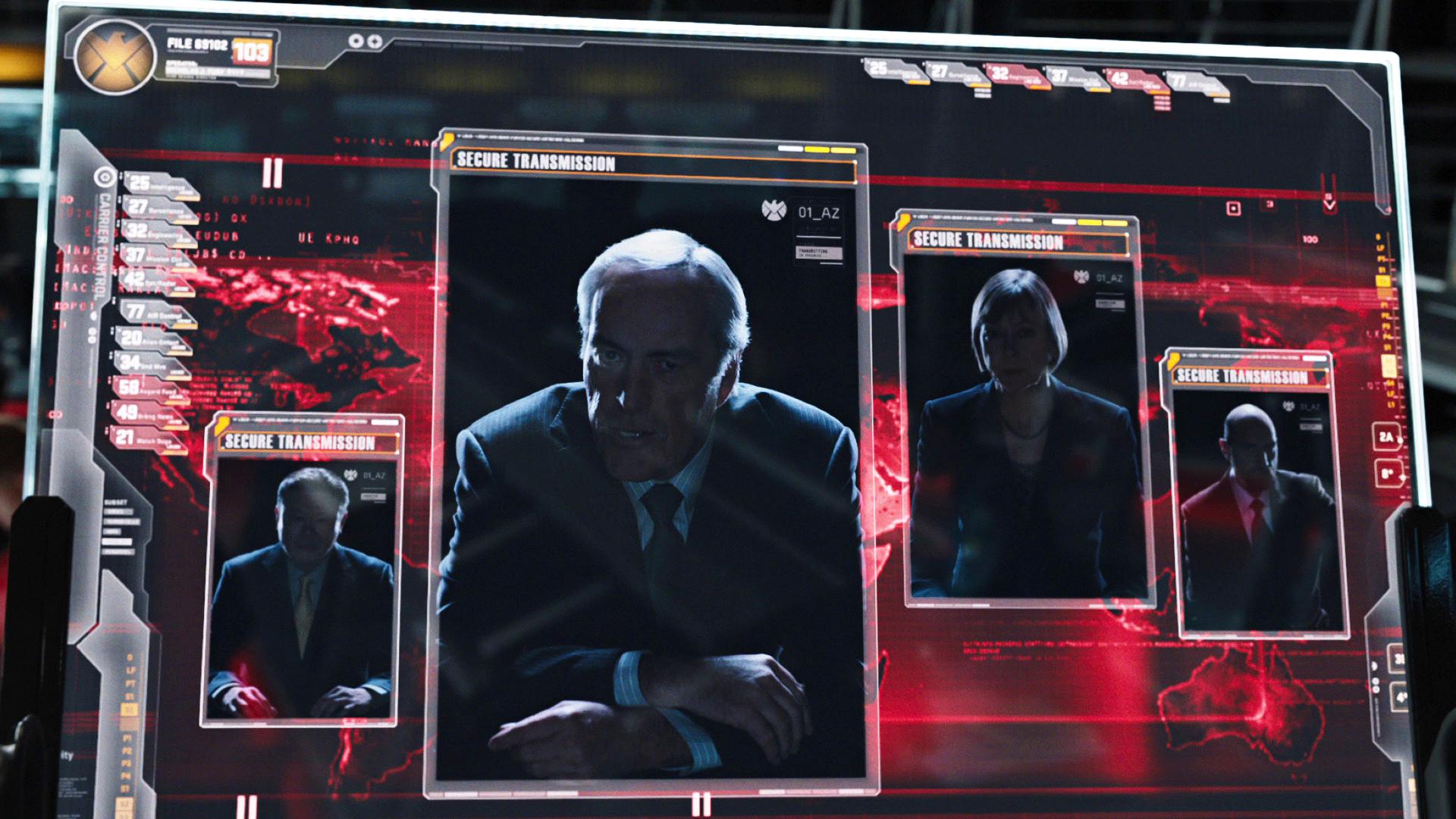