Why do so many movies & TV shows feature recognizable, un-branded or re-branded products?

I've particularly noticed this in the past with cars in movies & TV shows. A car will quite obviously be of a certain make and/or model, identifiable by certain body features, but it will have all of its logos and brand markings removed.

I've also noticed this almost more blatantly in one of my favorite TV shows, The Big Bang Theory. Most commonly here, it will be seen on snacks or beverages. The item will have several features which clearly allude to the brand and product, but anything that actually has a product name on it will have a slightly different name.

One particular example I saw recently was a bag of Pop Secret popcorn which quite obviously had just had some letters colored over with marker, so that it said "Po Secre".

In other movies or TV shows, I typically notice positions being taken at one extreme or another: Either a product or brand is particularly featured, specifically to be noticeable, or the props used are deliberately labeled in a way that makes them very generic and not easily associated to any real-world product.

What's the purpose behind this? Who really benefits here, especially when it's quite obvious what product is (not) being represented? What makes the un-branding and/or re-branding of recognizable products worthwhile?

TVTropes classifies this under Brand X:

When a script calls for a consumer product, and no one has offered the producers a Product Placement deal, a television program must resort to making up a brand — or, in some cases, obscuring a real brand so that it can't be identified.

There are quite a few reasons TV shows and movies would do this. The biggest example is the writers need the audience to understand a well-known product without explicitly saying it's name. This may seem ludicrous, but it does make sense.

Let's say there's an episode of Big Bang Theory where Sheldon discovers Red Bull, becomes addicted, and is now drinking a ton of it. He then terrorizes the rest of the cast because he's always awake, always pointing out mistakes, and always being (more) annoying. The obvious joke is that because he's drinking so much of this energy drink, he's able to stay up and be a jerk 24/7!

But wait, Red Bull has declined the network usage of their product because they don't want their product to be associated with a hyperactive maniac. No license, no Red Bull. The problem is the joke only worked with Red Bull. Everyone knows about this energy drink. Because of this common knowledge, the script didn't need to add extra lines to really nail how much more hyperactive Sheldon would be with this energy drink.

What do the writers do? Change the name something different but something similar enough to Red Bull so the audience will immediately associate it with Red Bull. Now the drink is Blue Cow. The average American will consciously or subconsciously make the connection between Blue Cow and Red Bull.

Who wins? The writers, for one. They get to keep in their joke. The network wins, too. They don't have to pay extra fees now. Technically, Red Bull also wins in what Wikipedia defines as Product Displacement:

Product displacement is the removing of trademarked products from primarily visual media in order to avoid the payment of licensing fees, if the trademark owner objects, or if the broadcaster would prefer not to publicize a product for free, if the owners have not paid for it to be included in a programme.

Product displacement can also refer to brands/companies deliberately modifying their name or logo in an attempt to make people see the logo and realize that the logo/name is not correct. This extra thinking time forces people to register the real brand. This method can be more effective than product placement.

On the flip side, this could also just be a clever joke (or a lazy one, depending on how you look at it,) thrown in from the writers. Dan Schneider, of The Amanda Show and Drake & Josh fame, constantly used/uses jokes like these. Almost every computer in his shows has a very familiar Pear logo. 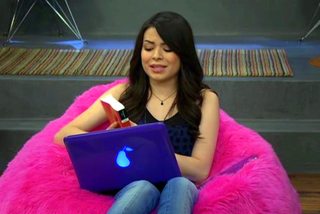 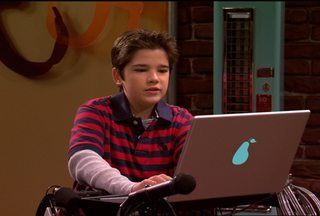 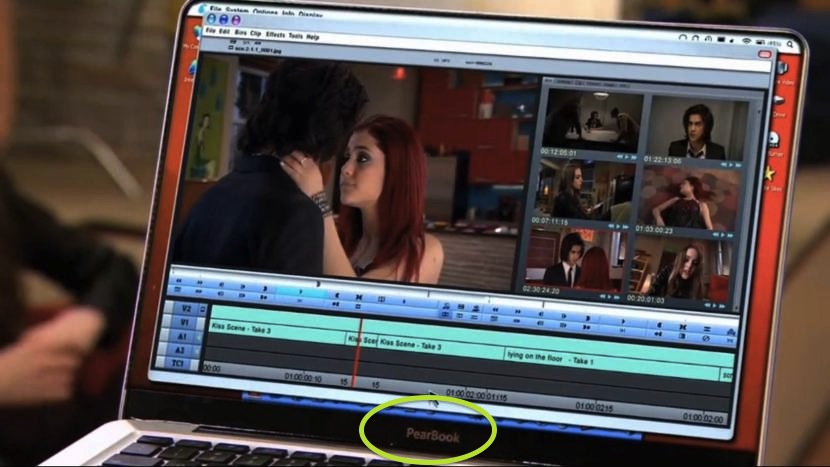 With respect to the person who put the other answer, it is simply untrue that there is any formal or legal requirement that show creators have to pay money for any product placement. The person who wrote that answer is confusing common practises as being absolute rules.

Show creators do not have to pay to display a real life product, and are free to mention products that they do not have licensing deals with. There is no law that says they can't, nor any automatic fee that can be levied just for mentioning a brand. If you happen to mention Google, they can't just call you up and say "You owe us ten thousand dollars now." At least not countries where there is free speech.

Look at the show Silicon Valley. In the opening title sequence alone, they display the logos of dozens of brands with huge market value. And the sequence changes time to time as well, showing even more brands. No show could afford to pay for all of those brands if it was a requirement. 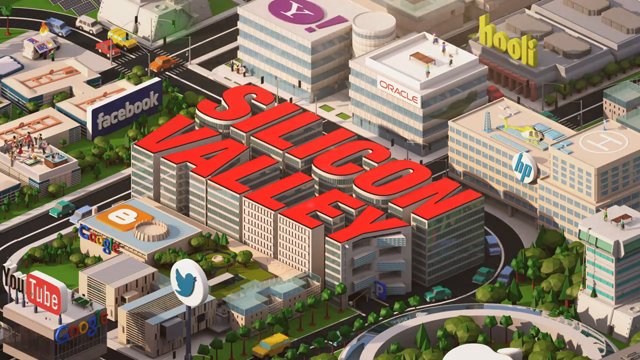 More often the case is that brands are avoided, though. Not as a rule, just as good business practise and convention. The reason you see unbranded goods in TV shows is simply to maintain good relations with brands, avoid potential litigation, and lastly to maintain the value of product placement.

Most of the TV industry still makes its money off of advertising, and usually their contracts are with large corporations and advertising agencies that represent hundreds or thousands of brands.

So let's say a show depicts one product in a way that is detrimental to a brand, at least in the eyes of the company that makes it. It might be the case where that brand is not advertised anywhere on the network. But, the people who own that brand have other products being advertised, and they may threaten to reduce or pull the other advertising.

Yet more likely, networks and production companies have a blanket policy of not using brands as much as possible simply to avoid potential problems. After all, if you're a network who makes money of advertisers, you want to present an image of being advertising friendly, which would mean avoiding hassles with brands in general, so as to assure future advertisers of a safe harbour.

There is also the potential for litigation. If a show depicts a brand as being wildly harmful to people or characters, then a company might even go so far as to sue for damages in the form of lost sales. Or, if a brand is shown in a way that can be used dangerously in real life (like Mythbusters making a bomb out of a detergent), the show might even face criminal charges.

This kind of legislation is a rarity, but if it does happen, it could be disastrous, and lawyers are a risk adverse bunch, so their advice to networks and production companies is to just not risk it.

So, in short, the reason you don't usually see brand names in shows is because the networks and production houses are playing it "better safe than sorry".

Lastly, there's maintaining the value of product placement. By removing all real life brands from a show, then when you do show a brand, it has value you can sell to an advertiser. If you're Coke, you might be less inclined to advertise on a show where a character was seen last week drinking a Pepsi, and Pepsi didn't have to pay for it. It's not as valuable to be just one of many brands depicted on the show as it is to be the only brand the sexy character uses exclusively.

If a television series features a product like "Pepsi" in their shows on a regular bases, then they have screwed themselves from seeking sponsorship from the Coca-Cola company. So they hide the labels or hide the brands just in case an opportunity rises in the future to work together.

I use to think they were doing this to protect themselves from legal law suites by the brand owners, but that is not the case. The television producers just don't want to be associated with any brands unless there is a profit in it.

Do you remember the revived television show for Knight Rider. It was sponsored by the Ford Motor company. So all the cars and Ford logos were clearly shown.

An example of this gone wrong was the movie E.T. where Spielberg ask Smarties for permission to feature their candy in the movie and Smarties said "no" and they used Reeses pieces instead. There was no contract and Reeses didn't know the film was going to be a hit. It was only after did they sign a deal to marketing E.T. on the Reeses boxes.

On the Big Bang Theory they have a contract with Alienware to feature their laptops on the show. That is why their laptops are strategically placed on desks that intentionally have the logos facing the cameras. Where as in the first season Sheldon's laptop was placed on a desk near the back window.

So it's because of things like this that producers often hide brands to allow the show to make a brand association later or offline in marketing. Had the Big Band Theory being using iBooks they might not have gotten the Alienware contract.

1
Why do they censor brand names out of movies?
16
Are fictional trademarks or brand names used in movies and TV legally held?
10
Why do they sometimes not use a real operating system in films?
2
How does the use of common commerical products work in movies/TV?

30
Why is it always the same type of beer cup used in college-style movies/series?
3
Why do some movies have photoshopped pictures of the 'family'
11
What are these cartridges that many characters have in the Star Wars movies?
18
In "Friends", why are there so many posters in Russian?
4
Do movies and TV shows use extra-bright flashlights?
6
Why do cars in movies set in earlier eras always look brand new?
6
Why are needles pushed in so far in movies?