Does Magnussen have no electronic assistance to remember the facts he needs for blackmail?

The key villain in the Sherlock episode His Last Vow the visuals constantly suggest that Magnussen has some form of electronic assistance to recall key facts that he can use to "leverage" influence over people in power.

We clearly see that Sherlock himself suspects that Magnussen has such a device but shows that it is not present, Google Glass-like, in his spectacles.

In the end Magnussen claims there are no files and there is no device. Is his claim credible? Were there no devices and no physical records of the blackmail material?

The 'Google-glass' on screen imagery is yet another misdirection to make you believe Magnussen is utilizing such technology.

The on screen text displays is revealed to be nothing other than Magnussen's own way of interfacing with his 'mind palace', a visual device to explain that he is mining his categorically stored memories for information.

Sherlock does the same thing, but the interface manifests in a different style. 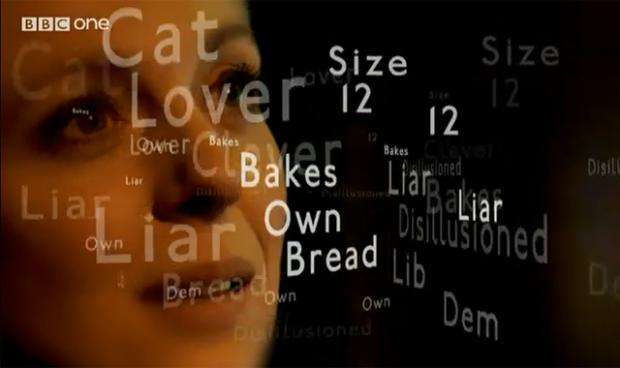 If Sherlock himself is capable of the mind-palace technique, there is no reason to suspect others are not capable of it.

The episode was largely about underestimation, both of Magnussen and of Mary.

Magnussen's lack of tangible 'files' and 'evidence' is his ultimate protection. In the age of the Leveson inquiry, it has been revealed that hard evidence is the most damning thing to possess, and can easily backfire against its possessor.

The character of Magnussen was no doubt a commentary on this, and in this case his doomsday device was nothing other than his Eidetic memory.

a) he has contact lenses that are electronic somehow.

b) he is a robot - the words loose bend because the glasses caused the bend. Contact lenses would probably do the same so the only thing left is he is a robot and the words are straight because his eyes are not real. The "dead" in his eyes is because he is not human, or maybe only partially so.

Not the answer you're looking for? Browse other questions tagged sherlock plot-explanation .

20
Why does Blake ask the salesmen if they have "Made your decision for Christ"?
14
Why does Magnussen list "Hounds of the Baskerville" as a pressure point on Sherlock?
15
Does Major Cage Still Have the Reset Ability?
4
Why does The Bartender have surgery marks?
3
Does the cats' anthropomorphization have any implications for our human reality?
3
Does Magnussen have any disorders?
17
Does Professor X have any responsibility for the state of the world?
8
Why does this character have the dream?
5
Does Comanche have romantic feelings for Shades?