Why did Django come to Candieland?

I'm not sure it's ever explicitly explained why Schultz brings Django to Candieland in the first place?

Surely they were aware that their plan is greatly jeopardized by bringing Django along: not only does he have to temper his emotions around Broomhilda, they are also counting on Broomhilda being able to do the same with no prior warning.

Django has already fulfilled his purpose in proving to Candie that Schultz is interested in Mandigo fighting at the Cleopatra Club, which is how Schultz obtained his entry to Candieland. This proves Django was no longer needed to convince Candie.

Schultz was already very capable of handling himself, being a bounty hunter.

And as for 'back-up', surely the last possible thing the pair wanted was a Gunfight, so why anticipate one? It only happens due to the failure of their original plan. 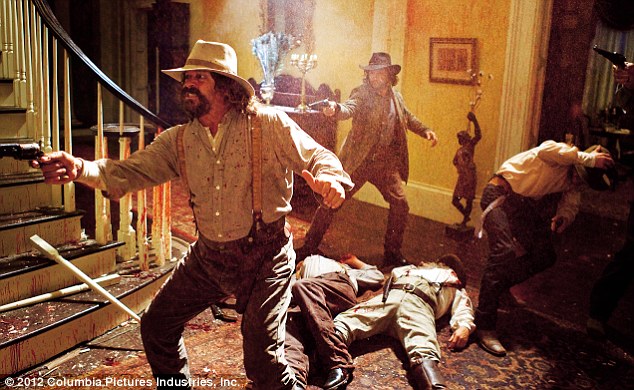 And as for being able to positively identify Broomhilda, the dialogue already mentions that the chances of there being two African slaves named 'Broomhilda' are almost zero.

As far as I can see, the only thing that would jeopardize the plan is Django's presence, so why does he come along?

Edit: No 'because it makes the plot better' answers, please ;P. I know its a great movie, but I'm looking to see if this is explained within the movie.

I don't think it was ever even considered that Schultz goes there alone, so it's not an addressed issue. The rest of my answer is speculative.

First, it's Django's wife, so it is a matter of ego, and it is emotionally very important that he comes to her rescue. Given his temper, I have hard time imagining him waiting for Schultz to rescue her, even if it would be wise (which it probably would be).

Imagine, for a moment, the scenario in which Django waits somewhere while Schultz goes to Candieland. I think we can say, with absolute certainty, that he'd do something stupid, like go "see what's going on or if his help is needed". In a way, maybe it was reasonable for Schultz to want to keep an eye on Django.

Second, as you said, "the last possible thing the pair wanted was a gunfight", but -- and I quote another movie -- want doesn't get, so it is not unreasonable to anticipate a fight. However, you are right that Django greatly increased the possibility of a fight. And let's not forget that the fight was actually incited by Schultz, not by Django, so he too is a bit of a loose cannon (and most likely aware of that).

Third, this is South in the time of slavery. Separating Django from Schultz for a few days is risky, as there is a hunting season on masterless black men there. No formal papers would help him if a group of gun-happy white men came along his way, and his aforementioned temper wouldn't help diffuse the potential situation. So, leaving Django somewhere would impose a risk of Schultz losing an associate (and, I dare say, a friend), while getting his wife instead.

You are somewhat wrong about them "also counting on Broomhilde being able to do the same with no prior warning". That warning came in the room scene, where Schultz first to met her, and (tried to) prepare her for a meeting with Django.

It was actually a good plan, which would go all right if Candie didn't have Stephen who noticed Broomhilda's emotions. Who there, other than a very observant black men eager to please his master, would pay attention to emotions of a black woman?

I'll take a different tack and state what may be obvious: It's a conceit of the narrative that Django goes along. He's the protagonist of the film, so his involvement in all aspects of that narrative becomes necessary to keep him in that role.

The film makes it abundantly clear that Candie's primary interest was in Mandingo fighting slaves. The remainder of his slaves (with the exception of his majordomo Joseph) serve little purpose to him and thus the narrative. This could be extended to Broomhilda, who we see is actually locked in a punishment sweatbox when Django and Schulz arrive at the Candieland plantation.

There is no reason for Django to go, as Schulz could have easily gone to the plantation seeking a female German-speaking slave. Since she was a "problem" for Candie's household and since his interests lied elsewhere (slaves bred for combat) it takes an exceptional stretch of the imagination to believe that he wouldn't not have sold her without much bargaining simply to be rid of her.

As for Django's not being "safe" without Schulz: There was an extensive slavery abolition movement in the US which peaked just prior to the Civil War. While fugitive slave raids did occur, they were rare in the far North and they were illegal in Canada. It would have been very easy in an era where identification documentation did not require photos for Schulz to take Django to a state or country where he would be beyond reach of any group seeking to enslave him again.

He could have then proceeded to Candieland, purchased Broomhilda, granted her freedom and then traveled with her to where Django was waiting for them. This plan would have placed none of them in danger (Why would Candie suspect an ulterior motive or even care?) it would have allowed them to save money as Candie would have rid himself of a "troubled slave" for a relative pittance and it might have made Django even more beholding to Schulz as he would have helped him free his beloved wife.

Instead, using rather convoluted plot logic, the film requires that the protagonist (Django) risk his life, it ends Schulz's life when he decides to murder Candie and then not provide an adequate plan which would have allowed Django and Broomhilda any method to escape. And finally, it risked Broomhilda's life, as it would have simply been wiser to kill her and Django after Candie's murder if for no other reason than to make them examples for the other slaves who might have been considering similar actions.

While this is not a plot hole (it is consistent with the internal "logic" of narrative) it is certainly an unrealistic plot contrivance which is so glaring that it throws a thinking filmgoer out the sense of disbelief they require to make a film's fictional narrative seem to be realistic."

Actually, it was explained as to why Django went to Candieland. Shultz was the money man in their little plan, while Django was the one who had to identify the fighter they intended to purchase. Shultz explained this beforehand. In their plan, Django was to play the part of the experienced and expert fighter, and thus the best judge of the fighter they were to purchase.

Yes, Django proved that Shultz had an interest in purchasing a Mandigo fighter, but that was all. In that same scene, both Shultz and Django proved that Shultz had the money while Django was going to decide who the money would be spent on. Since the fighter was at Candieland, Django had to go along to see for himself if the fighter was indeed the third best, and worth the $12k.

It is possible that they could have devised a different plan, where Shultz would not need Django at all, but it would have been far more difficult to pull off. It would have been very easy for Shultz to make a mistake and prove he was no judge of fighters. Moreover, with Django there, he was free to play a much more convincing part as just a rich and bored man looking to spend his money on more exciting matters.

Neither of them was counting on Stephen.

I think it was partially Django's character.

He wanted and probably felt it was approriate to help rescue his wife rather than let someone else do it and just sit on his hands. Whilst his being there made things more complicated it was only an amazingly sharp witted Stephen who saw through anything.

He was desperate to see his wife again and wanted to either see her or find out what had happened to her as soon as humanly possible.

The bluff involved pretending to be on the lookout for Mandigo fighters. If Shultz was to be plausible as a purchaser then he either needed to know about Mandigo fighters or have someone with him who did. Django was a good candidate because, being as he was black, the chance of anyone engaging him in small talk and his lack of knowledge being exposed was minimal. If anyone asked Shultz he could laugh his lack of knowledge off and claim he relied on Django for all of that and just handled the money himself.

Not the answer you're looking for? Browse other questions tagged plot-explanation django-unchained .

45
What was the purpose of Candie's handshake in Django Unchained?

4
Is Django now an outlaw? Are there any witnesses left?
16
Is Django bullet-proof or immortal?
13
Why Broomhilda rather than Brunhilda?
11
Last scene in Django Unchained where Django & Shultz are practicing in the snow?
39
Why does Django choose to dress like that?
5
Why did Stephen pretend to have a limp in Django Unchained?
14
Why did Django kill Miss Lara?
11
Why did the white people on Candieland respect or even take commands from Stephen?
5
Why did Django push for the slave to be eaten by the dogs?
3
Why do the crew in Timeless worry about tracking quickly and recharge times etc?