Why does the TET want the water on earth when there is plenty of other water in the solar system?

The whole point of the alien entity, the TET, in Oblivion is to abstract the earth's oceans because it can use them for power.

But the solar system has a lot of other water according to this article in io9. TET could easily take water from other planets, moons or asteroids and it wouldn't have to do anything nasty to the local populations there (as far as we know). So why does TET want Earth's water?

Whilst it's true that other planets contains water deposits, no where but earth contains it in such abundance and so accessible, as the article in io9 states. 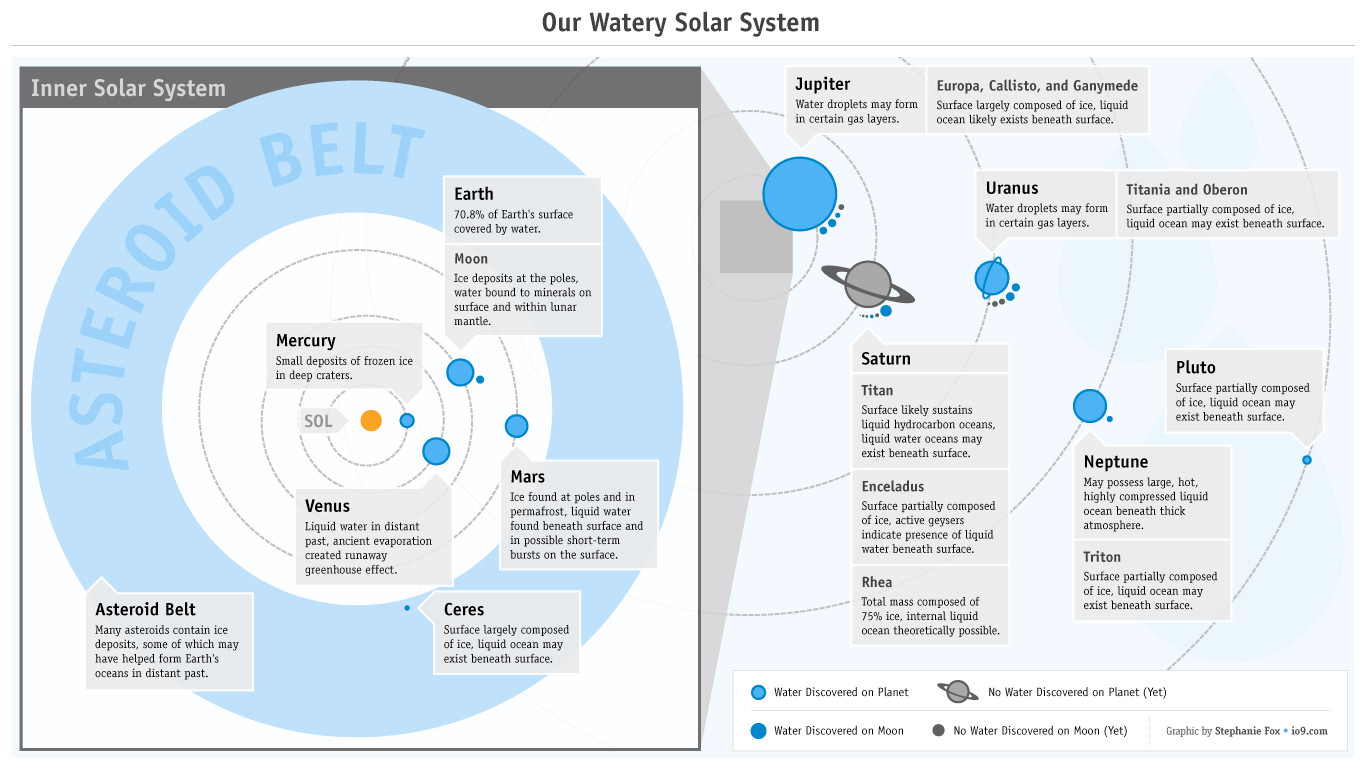 As a rational human being that considers confrontation to be problematic, sure: I'd tap up one of the frozen planets for water underneath. But the TET was perhaps uncaring about the ramifications of ressistance on Earth (which, as the movie reveals, was obviously a fatal mistake).

Also, water only exists in its 'liquid state' on Earth, due to its Goldilocks status. It's probably much easier for the harvesting process to gather the substance in a maleable, liquid form than as huge blocks of Ice that need to be thawed out.

Also, as Oliver C has pointed out, it wasn't the water itself the TET was after, but the Deuterium contained within it. Deuterium is aparrently incredibly easy to extract from SEA WATER using centrifugal force.

A key advantage of deuterium is the fact it can be easily extracted from sea water without harming or polluting the remaining water in any way. It is estimated the world’s oceans contain enough deuterium to supply global needs for many, many generations to come.

So the TET was quite environmentally considerate, it seems! I'd imagine wiping out the worlds population of humans certainly put a stop to global warming. The Nihilists amongst us should be thanking it!

Its needing the Earth's seawater is a narrative conceit of story. As the Io9 article states, there are numerous sources of water throughout the solar system which wouldn't require the energy expenditures that attacking a fairly advanced and populated planet, would. Titan, Saturn's moon is almost completely covered by frozen water and there are enough comets in the Oort Cloud at the fringes of the solar system to meet TET's water needs for perhaps its conceivable lifespan.

While this doesn't quite rise to the level of being a "plot hole" it does provoke enough thoughts if one considers it for even a moment to take the scientifically aware viewer out of the suspension of disbelief necessary to thoroughly enjoy the film.

How can it not be a plot hole, yet create unbelief? You have hit on the fact plot doesn't exist. Only the facts of story as a complete picture.

No, the first answers were correct, and the mystery of what the purpose of the TET ia never described. It could be like the aliens in Independence Day, it could be more aggressive and looking for people rather than simply the deuterium. Maybe it really is trying to fulfill that god role. Maybe it is bent on war against sentient life, dominance, rather than simply if it can get resources. It survived oUT in space, and followed the astronauts home. Malicious intent for unknown purpose, I say.

Oops, was trying to respond to one of those.

12
How does Tet not recognize the body inside the coffin?
5
Why the Tet imposes itself regular transmission cut-off?
21
Why does Tyrion want to advise Daenerys?
11
What advantage does the hexadecimal numeric system have over the decimal system in The Martian?
8
Why does Graves want him dead?
2
Why would the Disease Department unleash a disease when there could have been other ways to control the population?
0
Did Krennic make a calculated error?
42
Why does Bran want to find Drogon?
13
Why didn't the other kingdoms want to be independent?
2
Why does western intelligence want Martin?