I am looking for a Film series which had 5-6 parts where: a blond high school kid meets up with a white haired scientist and are being chased by a black guy who uses a exo-suit into different dimensions or time.

The white haired scientist pretends to be the friend of the highschool kid until near the end where its discovered that the man in the exosuit is the good guy.

I believe the title of the series had the main characters name which i sadly have forgotten.

Any ideas or suggestions of the series would be appreciated 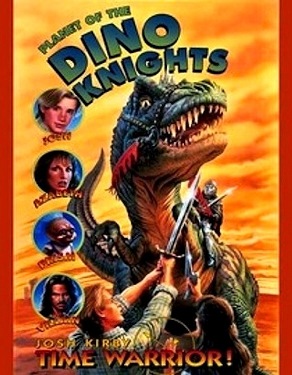 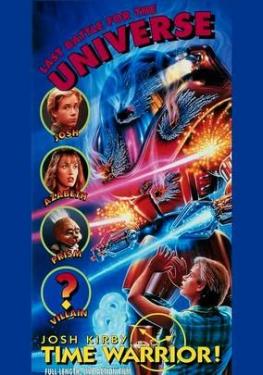 Josh Kirby... Time Warrior! is a film series in six installments. The series concerns a device, found by humans in the 25th century, called the Nullifier. This device is said to be capable of destroying the universe. Realising the danger, a man called Irwin 1138 splits the Nullifier into six pieces, which are then dispersed through time. However, a scientist called Dr. Zoetrope finds out where the pieces are located and, with the help of his time traveling armor, sets about reassembling the device. Along with 20th-century teenager Josh Kirby, and a half-human warrior known as Azabeth Siege, Irwin 1138 sets about thwarting Dr. Zoetrope's plans. --- Edited from Wikipedia.org 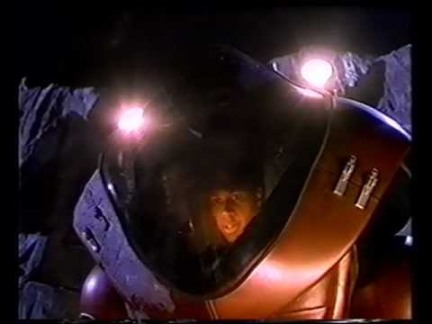 Derek Webster plays Zoetrope, the guy in the suit :-) 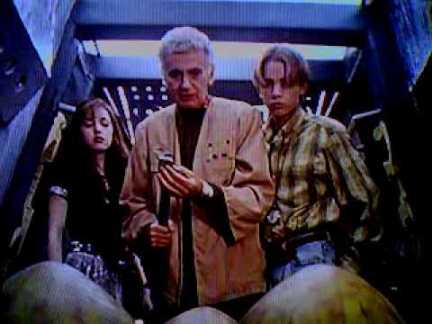 And Barrie Ingham takes on the role of (evil) Irwin 1138, the white-haired scientist.

Not the answer you're looking for? Browse other questions tagged identify-this-tv-show science-fiction .