Why is director's name shown last in the title sequence?

Why is the director's name shown last in Title Sequence/Opening Credits rather than first?

I've seen this fact not only in Hollywood, but also in Bollywood, Kollywood etc.

I can't speak for Bollywood or Kollywood, but in America, the director's credit is last because of Directors Guild of America requirements.

Wikipedia defines it as:

...an entertainment labor union which represents the interests of film and television directors in the United States motion picture industry.

The Wikipedia article on Opening Credits also lists the director's credit as the last credit stating:

While there are numerous variations most opening credits use some variation of the basic order noted within [this article].

Well, I can't answer your question (I don't know why the director is placed last in the title sequence) but one could ponder the question a little more. 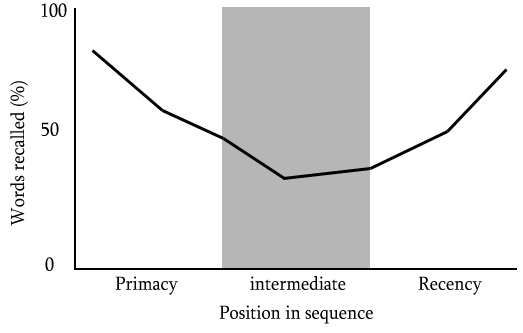 However, my own experience is that you don't really pay attention to the first part of the opening credits. This is when people still are fumbling for their seats in the dark or argues about who should have authority over the popcorn during the film. From that point of view, if I were the director, and I wanted to have the best exposure, I would choose to have my name shown at the end rather than the begining.

Contrary, in the end credits, the director is shown first. This would also seem like a good thing for the director given that people very seldom watch the credits to the very end.

As a sidenote, there are other fields where the sequential order in which people are mentioned is a source of heated debate. Take, for example, authors in scientific papers. Here's an excerpt from the article "Author Sequence and Credit for Contributions in Multiauthored Publications":

The situation in our area of research—the ecological and environmental sciences—has changed in recent years. Following informal practices in the biomedical sciences, the last author often gets as much credit as the first author, because he or she is assumed to be the driving force, both intellectually and financially, behind the research. Evaluation committees and funding bodies often take last authorship as a sign of successful group leadership and make this a criterion in hiring, granting, and promotion. This practice is unofficial, and hence not always followed, meaning that sometimes last authors “mistakenly” benefit when they actually are not principal investigators. Moreover, there is no accepted yardstick in assessing the actual contribution of a group leader to given scientific publications, so interpretation of author sequence can be like a lottery. Hence, one really does not know if being last author means that the overall contribution was the most or least important.

10
Why does the director's name always show up in the end of the credits?

20
What is the first occurence of a sequence of short shots of the same length separated by fade ins/outs?
6
Is the brain sequence similar to reality or not?
5
When was the horror film technique where a character opens a door to the same room first done?
9
What is the term for this kind of final scene?
7
When was “teal and orange” first used for night scenes?
3
What is the name for a film that sets up another film?
4
Why are superhero animated movies not made with the same level of graphics as pre-rendered videogame cutscenes?