What is the significance of “The Girl in Red” in Schindler's List?

"The Girl in Red" is a character talked about as much as the movie itself! However, I don't exactly understand the significance of the character itself and the usage of the color. 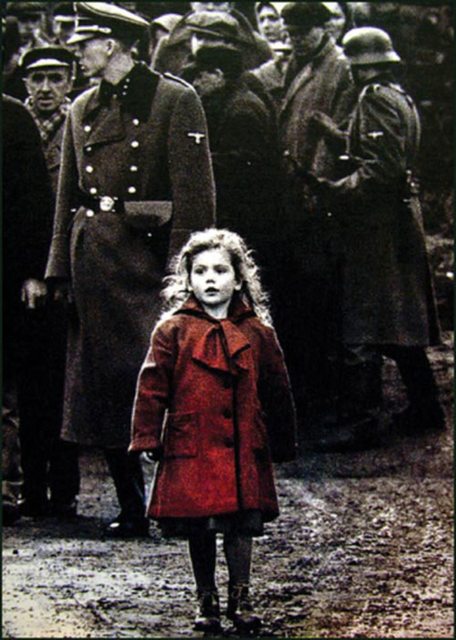 Spielberg said the scene was intended to symbolise how members of the highest levels of government in the United States knew the Holocaust was occurring, yet did nothing to stop it

...the red symbolises "innocence, hope or the red blood of the Jewish people being sacrificed in the horror of the Holocaust.

Maybe the usage of the color Red is justified by associating it with the blood and suffering of the Jewish people. I am looking for interpretations of the character and the way it was portrayed?

There is a simple explanation.

The highlighting if the child in red (in an otherwise monochrome movie) was designed to put one thread of horror for one identifiable character in the midst of mass slaughter which would otherwise just numb the audience. In purely dramatic terms this creates a sense of identification for the audience who now have a human scale story of the elimination of an obviously innocent life. This creates a point of empathy and connection for the audience which is far more powerful and emotionally impactful than the statistics of mass slaughter.

I think the use of red also helps to highlight Schindler's recognition of the true depths of horror he has witnessed. We notice Schindler's recognition of the dead girl because of the red highlight when, with no highlight, we would miss his identification of the girl in a pile of undifferentiated corpses. As a result the audience follows a single poignant human story that enhances the emotional impact of the brutality of the slaughter and it understands Schindler's emotional and moral journey through a single human story.

Spielberg may well have intended other layers on top of this, but the core essential purpose was to have a better impact on the audience. Any other intentions would have been meaningless had he not achieved that goal.

Oscar Schindler saw the girl, red. Because for the first time did he see Jews as human beings. After he realized Jews were human beings, he changed his outlook. And from that time on in the movie he began trying to help them.

It was merely to highlight that the child was alone -- on her own -- amidst the chaos in the street.

Not the answer you're looking for? Browse other questions tagged analysis character film-techniques schindlers-list .

7
What was the significance of whole movie being black and white and one scene being colored in Schindler's list?