On the elements of a internationally successful comedy movie

I know that humor is extremely difficult to translate across languages. Cultural, linguistic, and historical differences between societies largely account for this difficulty. Consequently, it's very difficult to make a comedy movie extremely successful on an international level.

I'm curious if there have been any studies to discern the elements of a comedy movie that are more or less universal. That is, what plot elements / gags / tropes are universally translatable such that anyone in the world could watch a comedy movie and thoroughly enjoy it? I'm sure star appeal has something to do with it, but I'm almost certain there has to be more than just that.

Come to think of it, have there even been any extremely commercially successful comedy movies on an international level? Some examples of such movies may help to discern what enables their international appeal.

Here are the final stats for the film's box office. 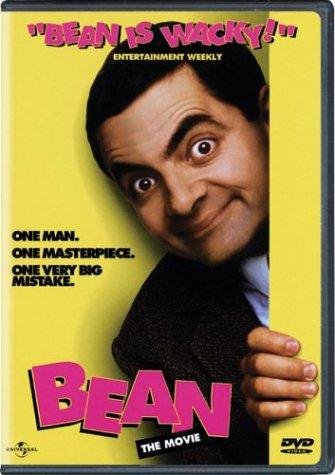 Regardless of your feelings toward this type of humor (predominantly slapstick/visual), it is generally accepted that humor that does not rely on dialogue works well across the globe, and indeed other films with the same kind of humor reflect this, including, but not limited to: Mr. Hulot's Holiday, Chaplin/The Three Stooges, Mousehunt.

What makes people laugh. There are surprisingly many theories about what makes us laugh! The most popular theories fall under the umbrella of “incongruity” and date back to Aristotle, who said that the best way to get a laugh was to set up an expectation and then deliver something “that gives a twist.” Theorists like Immanual Kant, Arthur Schopenhauer, and more recently Henri Bergson and Patricia Keith-Siegel, have all emphasized the absurd, the surprise, the reduction/comparison of a human to something subhuman (animal or machine). “Play theory” suggests that we respond with laughter to pains that are presented playfully, treating something serious as not serious (Smut, 2009). We also laugh at mishaps that befall other people, because it makes us feel superior and confirms the social order (think of mocking-type humor and Internet videos of people falling down) and the covering up of foolish errors (think “I Love Lucy”) (Helitzer and Shatz, 2005).

What determines box office success. According to a recent study (Pangarker, 2013), the determinants for box office success are genre, MPAA rating, budget, major studio involvement, Academy Award nominations or awards, timing of release, and critics’ reviews. The top 10 international blockbusters list include no straight-up comedies (Avatar, Titanic, Harry Potter and the Deathly Hallows Part II, Transformers: Dark of the Moon, Lord of the Rings The Return of the King, Pirates of the Caribbean Dead Man’s Chest, Toy Story 3, Pirates of the Caribbean On Stranger Tides, Alice in Wonderland, The Dark Night). This suggests that perhaps comedies don’t translate well, or maybe they just don’t draw the biggest audiences in any country.

Comedy success: traits and marketing. So what makes a comedy do well? Internationally known stars, broad physical comedy, raunch, and high concept (McNary, 2006). Studios are finding they do best with comedy films when they can adjust the marketing for different countries. For example, they might play up the sexual innuendo or the physical comedy in trailers for countries where that does well. For Devil Wears Prada, for example, they played up the “universal story of a first job with a draconian boss” and they “amped up the fashion side for Asian markets highlight[ing] fashion labels.”

The top grossing comedies of all time (2012 list which has a US bias - in order of US box office takings, not international) with percentage of gross coming from international markets might give some insight as to what sells well. There is a lot of physical comedy in the 40%+ groups and Jim Carrey does particularly well.

Not the answer you're looking for? Browse other questions tagged comedy translation .

59
Was the original "Pink Panther" movie intended to be a comedy?
5
What are the differences among Celtic American comedy, Jewish American Comedy and African American comedy?
26
How do actors control laughter in comedy scenes?