Was the FBI agent's book about the kidnapper?

In Prisoners, Bob Taylor is said to be obsessed with a book titled Finding the Invisible Man written by an FBI agent about "a theoretical suspect that he believed was responsible for a bunch of child abductions". Was he obsessed with it because it was about his kidnapper?

Bob Taylor was obsessed with this book and thought the described hypothetical abductor was the kidnapper that he fled from in his childhood, so much is clear, I think:

So he read the book and decided he was taken by the "Invisible Man".

The question now is, was this described kidnapper actually Mr. Jones? I think it is strongly hinted, even if maybe never said explicitly. Bob Taylor "has got a thing for mazes" and when asked to draw a map to the kids' location, he draws a round maze that Loki recognizes from the medallion of the corpse he found earlier (which we later learn was Mr. Jones): 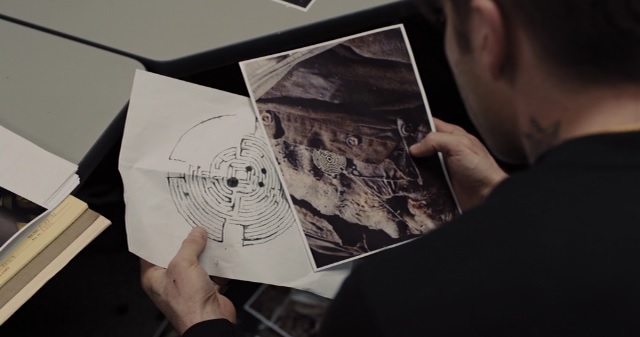 Policeman: The connection is, it's the last maze in the book.

EDIT: While coleopterist presents some reasonable arguments about the inconsistency of where the book author got his clues about the "Invisible Man"'s abductions from, I don't think it is that unreasonable that an FBI agent whose only evidences were some theories about mazes wouldn't get together a complete investigation. If there was an official investigation (which in Mr. Jones's case there never was), it would have been more than a strange book with some "discredited" theories about mazes.

I agree that the biggest stretch here is where the book author would have his clues from, including all the mazes (especially the most prominent pendant design). But like said, he probably didn't have many substantial evidences in the first place. And the feed for his (supposedly) weird theories might come from various little sources nobody took serious or tried to put in the larger context (e.g. small notes to the parents, to drive them more insane maybe). But most importantly, Bob Taylor might have served as a source for the book himself, as he escaped the kidnapper after three weeks and was likely interrogated about his experiences (so it was some kind of feedback loop, with him telling the FBI about his kidnapper, forgetting it and years later getting reminded by a book based on his own case).

But I also agree that this is really speculative territory now and it might very well be a little plot-inconsistency where the book author got his clues from. I still stand by the point, though, that the movie most probably wants to imply Mr. Jones to be the "Invisible Man", even if that is accompanied by some minor plot holes.

In my opinion, while it is possible, it is unlikely that the book is about Mr. Jones, the kidnapper. I base this conclusion on the presence of the maze and other circumstantial indicators. 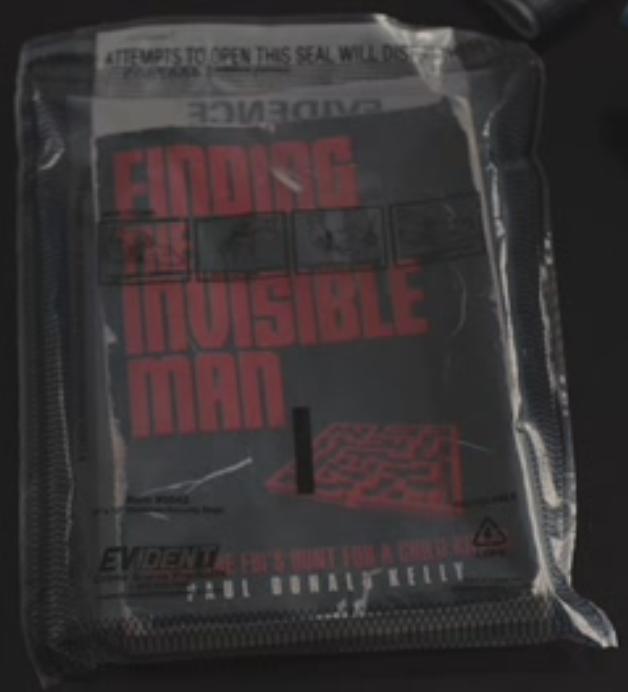 So the question is, how did the FBI agent (Paul Kelly) and Mr. Jones find out about the maze? We do not have any information on when the book was published.

Presumably, Bob was asked to solve the maze when he was a captive, and this explains why he became obsessed with the symbol. Considering how old Bob was (the actor who played him is apparently ~30 years old), he was very likely abducted at least 20 years prior to his death. In other words, the Joneses were familiar with the maze even back then. This further implies that the pendant that Mr. Jones wore was also probably just as old.

We don't know Alex Jones' age either. But the actor who played him is also around 30 years old. Since Alex was the first victim, this suggests that Bob's abduction didn't occur all that much later.

Now, if the book had been about the kidnappings by the Joneses, then the mazes used in it were based on clues from an investigation into the matter. For it to be a substantial enough clue possibly pointing to a serial killer, it would have had to have been found repeatedly in more than one crime scene. We are only aware of Bob escaping and if there were others who escaped with similar stories, there would have been a full-fledged investigation into the case rather than just a "discredited book" about a "theoretical serial killer".

It is therefore reasonable to conclude that Mr. Jones was not the subject of the book. The book very likely antedates Bob's abduction and was the source of inspiration for Mr. Jones as it has the exact same maze as his pendant. It could also be completely unrelated. But considering its subject matter and the use of mazes, such a degree of coincidence is suspicious.

There is a book of mazes with the instructions "Solve and we will set you free" or something to that effect written on the cover in a post-it note. This is shown during the flash from Dover's friend's daughter when she pops up and is taken to the hospital.

I believe most of the maze comments come from this book and the pendant. Obviously Mr. Jones himself had a thing for mazes and now Bob has that deeply ingrained in his psyche too.

I just don't know if the book is about Bob, because Bob would have discussed mazes a shitload if that was the case. So it very well could be. It isn't just the pendant and the novel, in other words. It was the book kept in the hole with the kids or in the upstairs room. Mrs Jones says she "forgot all about Bobby Taylor" until she saw him in the paper. So, he was 100% kidnapped by the same people. Barry was the first (Alex), then Bobby came sometime after, but not much later.

Not the answer you're looking for? Browse other questions tagged plot-explanation prisoners .

13
What happened to Bob and what is his relation to the plot?

6
Is this the grave of a child in Akira Kurosawa's Dreams?
8
Inconsistency about the girls in "Prisoners"?
2
What was Bartender/Temporal Agent's last mission?
3
Was Fenton Mikes planning the actions FBI agent in Frailty (2001)?
5
Why was Alex Jones driving the campervan?
10
Why was a FBI Academy recruit sent to question Hannibal Lecter?