Where does King Kong fall?

When Kong falls off the Empire State Building, on what street does he land? Has anyone tracked his movements around the top of the ESB, perhaps using the Chrysler building as a coordinate, to see from which side of the tower he drops? This is in re: the 1933 King Kong

Despite the reservations of other users, this intrigued me enough to figure it out :)

If you watch a clip from the end of the '33 film, you can see the approximate camera angle - which I have replicated in the map below... 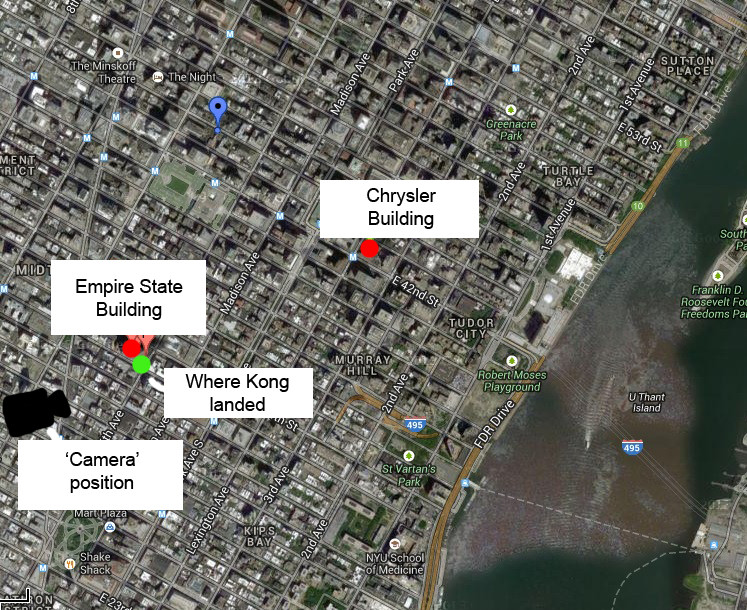 From this angle, it appears that Kong was hanging onto the East/South 'corner' of the Empire State Building, which would put his landing point somewhere at the intersection of 5th Ave and West 33rd Street.

It might not seem obvious where he actually landed, but then there is this still from a deleted shot of the fall (which was cut out due to the effect no working properly) which seems to suggest that he actually lands in 5th Avenue. 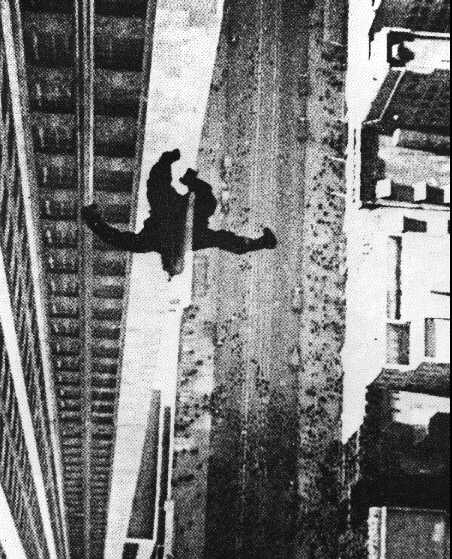 Considering this thoroughfare is the better known of the two and was, at the time, known for glitz, glamor and theater, it would make sense for this to be his final resting place - however it is not highlighted in the film.

19
Why did he fall to the ground?
10
How did they get “King Kong” back to New York?
7
Was the revenge justified?
5
Where does Limbo take place?
4
In the movie “Sleepers”, what exactly does King Benny do?
2
Why does Moriarty owe Sherlock a fall?
5
Why does the audience let Patty fall?
43
What does the Night King really want?
2
In Battlestar Galactica's The Woman King, where did the refugees come from?