Would the plot have worked without Salino?

Would the plot of The Sting have worked if the character of Salino had never been introduced? While Salino does kill one of Lonnegan's other assassins, they do not appear to impact the plot in any other manner. Yet the character, while a surprise during the reveal, seems to lack substance, at least to me.

Was the character necessary?

No, the character of Salino is not at all crucial to the plot of The Sting. Rather, Salino murdering the competing hitman, Hooker having a brief affair with a "random" waitress, and then Hooker subsequently nearly being assassinated by her, are all merely colorful sub-plots that - though consistent with the main plot - in no way advance the main plot. The "affair" part adds color / helps build Hooker's characterization / injects a little romance into the story, while the fact that various hitmen are trying to "knock off" Hooker serves to maintain the tension throughout the story. The final "reveal" that Salino is, in fact, the waitress is a nice "twist."
The removal of Salino / the waitress from the story would in no way damage its integrity or result in plot-holes, but the movie would, as a whole, be less interesting and thrilling.

It ties up the loose end of a plot device 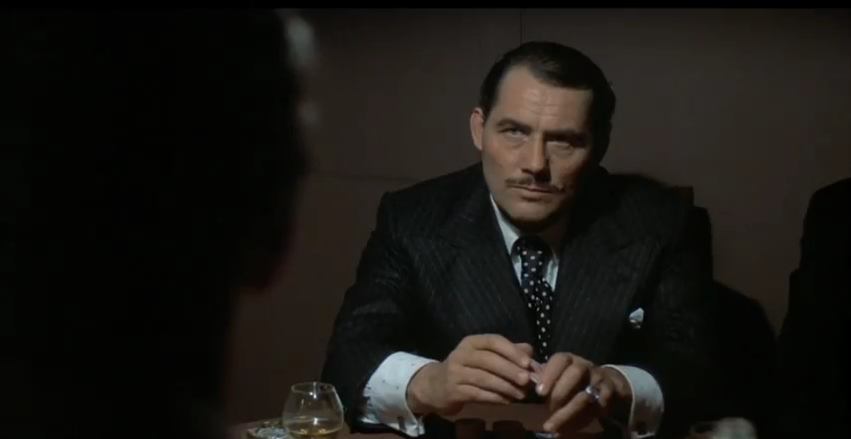 "We gotta discourage this sort of thing. Ya follow?"

The major plot device of the film is that Lonnegan is a dangerous man that wants the grifters that suckered him out of $11,000 removed before anyone else finds out. That he manages to get Luther killed fuels the rest of the plot. We would not have a film without that as a driving force; Luther would retire, and Hooker would just become a grumpy student of Gondorff's (maybe). So Lonnegan's contract on them is critical to the entire plot.

But, what then to do with this plot device, once it has served its purpose? We cannot just leave it dangling.

If we were to speculate that Lonnegan's hitmen simply failed to track Hooker, and nothing more ever happened in that regard, the audience would begin to wonder what happened with Lonnegan's revenge, and ask uncomfortable questions. It would be a "What Happened To The Mouse" kind of annoyance.

David Ward instead uses this plot device to create nice side-plots as padding, tension, and even a low-key action sequence, ending in a delightful mini-twist before the big showdown.

So, could the plot have worked without Riley, Cole, and Salino?

Yes, it could have. But it would not have been the Best Film at the Academy Awards, since it would have felt incomplete, like the plot device got sloppily discarded, and also losing some of the nice tension that results from Hooker having people on his tail the whole film.

Not the answer you're looking for? Browse other questions tagged character the-sting .

1
Locational origins of Radnor
11
What is the nature of the creature living in the ruins of Bethmora?
11
What motivated Mr. Smith to carry on?
12
What was the motivation and fate of the Polish Jew?
26
Is Podrick really such a good lover?
15
What makes Ultron the person he is?
8
What happened to Robert Englund?
10
Inconsistencies in Todd's Behavior
13
What changes to Mockingjay Part 2 were made due to P. S. Hoffman's passing?