Was Tony the Boss of the family in the Sopranos pilot?

I just watched the pilot of the Sopranos.

In the pilot there is no mention of Jackie Aprile who is the boss of the family. There is also a scene where Junior Soprano snaps at Tony "You may run North Jersey but you don't run your uncle Junior"

Then, in the second episode we are introduced to Jackie Aprile and its shown that he's the boss.

It seems like they try to fudge it with this line in the second episode -
Tony Soprano: You know, you got a reputation for immaturity, and its not gonna be improved by not paying the tributes the acting boss demands of you.
Brendan Filone: Acting boss my ass Ton'. Come on, everybody knows you really run things since Jackie became the Kemosabe.

Based on the following I've concluded that Tony was in fact the boss in the pilot.

As others have said, there were several hints in the pilot episode, indicating that Tony was in fact the boss. But another reason that has yet to be mentioned is the fact that the pilot episode was originally supposed to be a movie, and David Chase was not certain that HBO would pick it up. He was later convinced to make the Sopranos into a TV series. Subsequently, they resumed filming in the summer of 1998.

Read the Wikipedia article for this episode, under "Production".

Jackie was boss at the very start however he passes away from cancer. its after his death that tony backs junior as new boss of the DiMeo family as he believes junior has been waiting his whole life for this promotion. tony is a capo. after a falling out at the end of series 1 and during series 2 where we see junior try to assassinate tony because of a few reasons (he was seeing a "shrink", he put his mother in a home and he was having frequent meetings at his mothers nursing home with other capos) tony decides to take control by killing juniors men and having junior arrested (from which he is released under house arrest). after tony has him arrested, tony rises to the top of the family as acting boss. tony has the "soprano crew" in new jersey (which the show is based on). see this as a sub section of the DiMeo crime family. 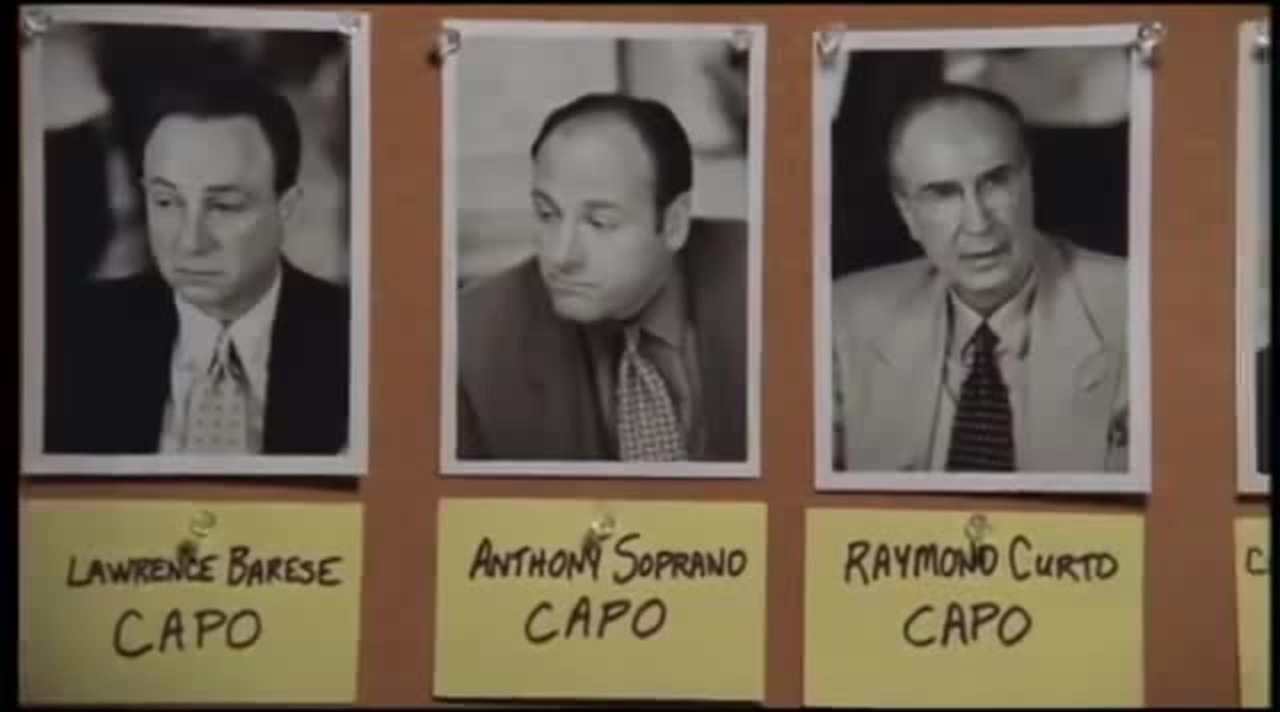 No. Jackie Aprile was the street boss of the DiMeo crime family. However, Tony was a ranking caporegime: a captain of his own crime crew and with his own territory, but still answerable to the family's boss, Jackie.

Not the answer you're looking for? Browse other questions tagged the-sopranos pilot .

6
What is Tony Soprano's rank at the begining of the show?

18
Was there any reference to the Russian who escaped in the woods in the Sopranos?
12
What is the significance of the painting of Tony Soprano in the generals uniform with the horse?
19
In the Sopranos, what is the meaning of Chris Moltisanti staring at an anonymous young family in the street?
34
Why is the first episode of a TV show called 'Pilot'?
6
Does Tony Soprano need permission from the other families to have people made?
10
Why are bialys so popular with Tony and crew in The Sopranos?
8
What happened to Gennaro Malanga (Little Pussy)?
7
How did Tony recover the $50,000 that he lent to Artie Bucco?
5
Is there even a New Jersey Crime Family left at the end of Sopranos?