Fast & Furious 6 introduced some neat little Formula 1 style cars that could flip another vehicle by popping a 'runway-shield' for the driver and driving directly under one set (right/left) of the wheels of the approaching car.

Their movement on-screen suggested the cars had 4 wheel steering, given they could move left/right without the angle of the body changing (the car was pointed in one direction while traveling in another, apparently without sliding).

Does anyone know for sure whether they had 4 wheel steering, and have a reference?

As long as this link works, you should be able to see that this is a four wheel steer car. At about 50 seconds in you can see the cant of the wheels, then at 52 you can see the tie rod end for the steer linkage. Enjoy.

If the link does not work, I did a Google search for Fast and Furious 6 flip car specs and found it.

EDIT: there is also a good picture of it on this site in crab mode. 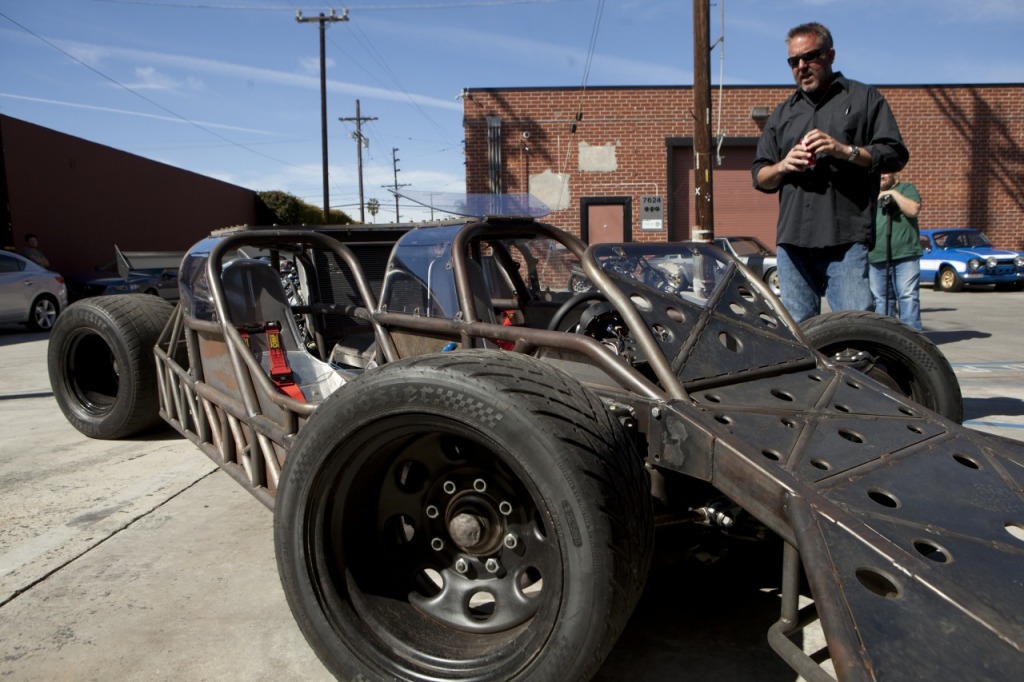