Why does Walt leave his watch at the gas station?

In the Breaking Bad finale, 'Felina' Walt goes to this gas station where he uses a pay phone to obtain the address of Mr. and Mrs. Schwartz. After this he takes out his watch and places it on the pay phone. Then he just leaves.

What is the meaning of this scene ? 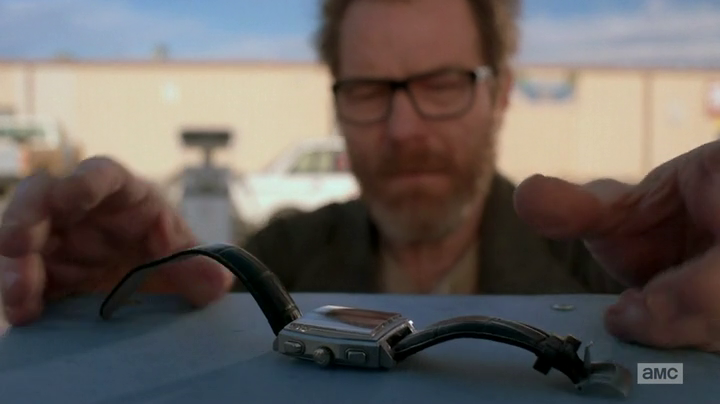 On talking bad aired directly after the finale Vince Gilligan stated it was down to a continuity error.

When they shot the flash forward scene in the first episode of season 5 Walt wasn't wearing a watch. Therefore they had to have it removed.

He also said there was an "artsy fartsy" which was that Walt didn’t need the watch anymore as he was about to encounter Jesse, who gave him the watch, for the last time.

But ye. The primary reason is the continuity error.

Another interpretation can be, it's the symbol that Walter White had finally accepted his fate. He's never gonna make it alive or never gonna die a normal death (a cancer patient without any proper treatment, isolated in a cold mountain, his family is suffering for all his crimes). So Walt decided he's gonna redeem all of his misdeeds. Leaving watch is the symbol that he isn't Heisenberg anymore, he's now Walter White. And he didn't need that watch anymore, his time is already over. All he needs is redemption and revenge

Walt is losing weight rapidly and the watch no longer fits. His wedding ring is most important and he places this on a string around his kneck. He holds his family relationship to be the most important thing in his life and his initial motivation for everything. Jesse gave him the watch and I suppose he cuts his bond with him. Though not entirely as we all know at the end!

The continuity error is certainly the reason, but in Breaking Bad every scene has a meaning. To fix the error, they could have had Walt to (involuntarily) break the watch ; but no, he gently put it on the payphone. Some reasons: 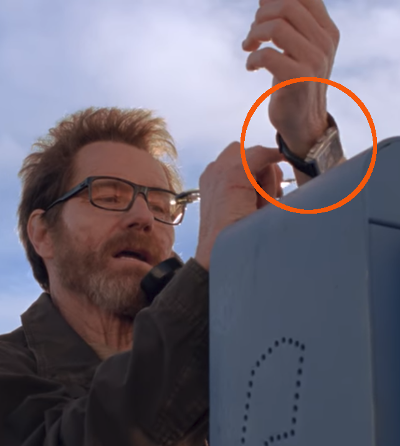 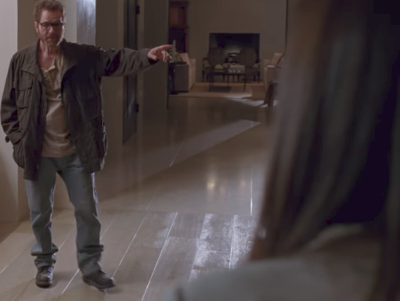 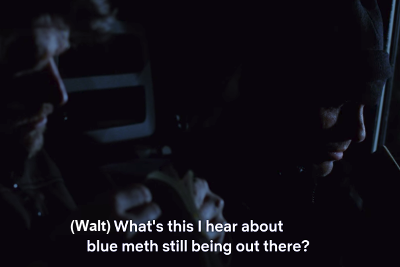 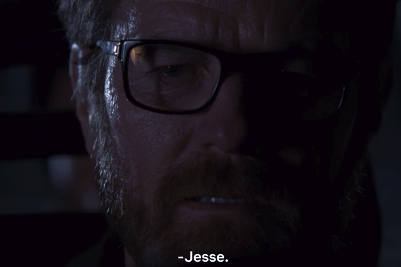 This is a very rare and expensive watch, a birthday present from Jesse. It might help someone identify Walt, and prevent him from accomplishing his last mission.

11
Why does Walt sell the Aztek for a mere $50?
27
Why didn't Jesse shoot Walt?
26
Why does Jack let Walt go?
6
Why did Walt change his mind about Jesse "handling" the stolen drug money?
14
Why does Walt talk about Victor?
8
How does Walt deduce that he was the prime target of the Cousins?
7
Why did Jesse completely change when Walt gave him his $5 million in season 5?
4
Did Jack and his crew come because they realised that the coordinates Walt gave probably pointed to money?
7
After the events of S4E11, why didn't Gus shadow Walt?
2
Why were only 12 people on Gus's payroll at the beginning of Season 5?