What was the Rabbit's foot and what could it do?

Much of the film revolves around the retrieval of an object known only as The Rabbit’s Foot. But nobody discloses information about it. What was the Rabbit's foot and what could it do?

We don't know what it does, and that's sort of the point. All we know is that it's something the bad guy wants, and the good guys will prevent that from happening.

The Rabbit's Foot is a classic MacGuffin, a nebulous object of desire that drives the plot.

Benji Dunn: According to one of these e-mails, your Mr.Davian is going to attend a function in tomorrow afternoon at one Vatican City.

Luther: What the hell's Davian doing in Vatican?

Benji: Well, it's all got to do with "the Rabbit's foot".

Ethan: What is that?

Benji: I'm assuming it is a kind of code-word for a deadly weapon, something Davian is going to sell to his unspecified buyer for 850 millions, by the way. Or maybe it's not a code-name, maybe it is just a really, really expensive bunny appendage.

Ethan: Do you have any ideas what it is?

Benji: It's interesting - I used to have this professor at Oxford, okay? Doctor Wickham, his name was and he was, like, this massive fat guy, you know? Huge, big guy. We used to call him - you know, well, I won't tell you what we used to call him, but he taught biomolecular kinetics and cellular dynamics. And he used to sort of scare the underclassmen with this story about how the world would eventually be eviscerated by technology. You see, it was inevitable that a compound would be created which he referred to as the 'Anti-God'. It was like an **accelerated mutator or sort of, you know, like a, an unstoppable force of destructive power, that would just lay waste to everything** - to buildings and parks and streets and children and ice cream parlors, you know? So whenever I see, like, a rogue organization willing to spend this amount of money on a mystery tech, I always assume...it's the Anti-God. End-of-the-world kinda stuff, you know... [pauses, Ethan and Luther gaze at him thoughtfully] But no, I don't have any idea what it is. I was just speculating.

Although this whole back and forth comes off as a fun quip, it should be noted that Mission Impossible III is heavily referencing things featured in Alias and that this line was here to actually give us a general sense about what the Rabbit's Foot might do--which is then furthered by glimpse we see of it in a "Bio-hazardous" container---IMO The Rabbit's Foot is a [fun] direct reference to The Mueller Device...

Milo Giacomo Rambaldi is a historical personage. The work of Rambaldi, often centuries ahead of its time and tied to prophecy, plays a central role in the show. According to Alias creator J.J. Abrams, in a feature on Rambaldi included on the season 5 DVD box set, the Mueller device and Milo Rambaldi were originally intended simply to be MacGuffins. Rambaldi's technological developments are sought after by numerous governments and rogue organizations in the series. Arvin Sloane is generally obsessed with obtaining Rambaldi's work and unlocking its secrets. https://en.wikipedia.org/wiki/List_of_Alias_characters

The Mueller Device is one of Milo Rambaldi's most important artifacts. It has a hook-shaped armature which levitates a red, liquid-filled sphere. It was named after Oskar Mueller, an alchemist who was believed to have invented it. It works by containing compressed liquid in an ionization sphere, and can alter the substances it contains. It is one of the main devices associated with Rambaldi's Endgame. http://alias.wikia.com/wiki/Mueller_Device

Trivia: In Alias Milo Rambaldi's artifacts, including the first artifact introduced in the Pilot (Truth Be Told) the micro-version of Mueller Devise, was going to be a traditional McGuffin, but obviously, JJ Abrams and other Bad Robot EP's/Writers chose to follow through on Milo Rambaldi, including revisiting the Mueller Device at the end of the first season and then again at the end of season four belieiving it to be a major part of Rambaldi's "Endgame". Elena Derevko uses it to contaminate the water supply, which causes people to behave like rabbit, err I mean rabid, zombies over the city of Sovogda (Before the Flood). It's also revisited one last time in series finale in relation to The Horizen and Milo Rambaldi's "life extension" Elixir. 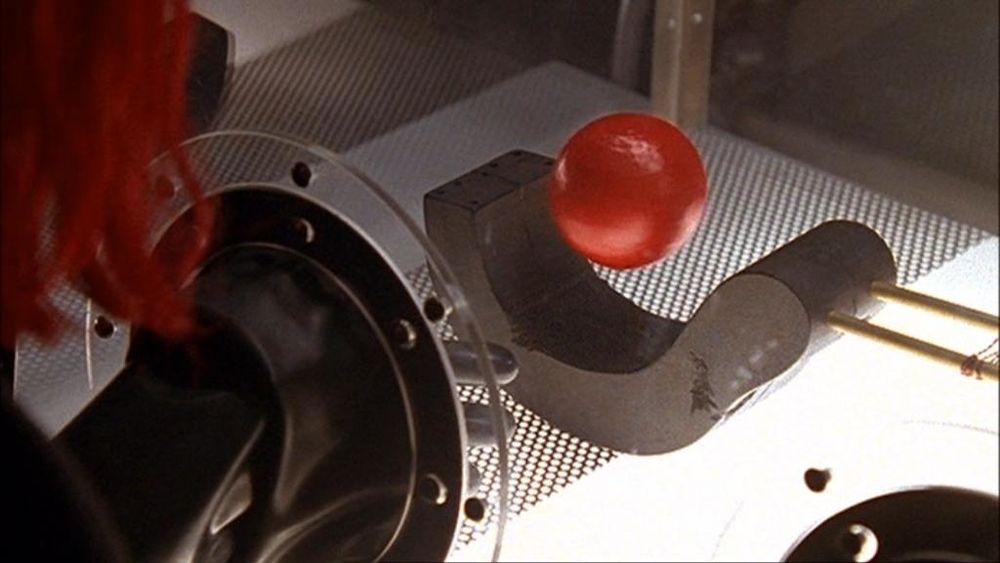 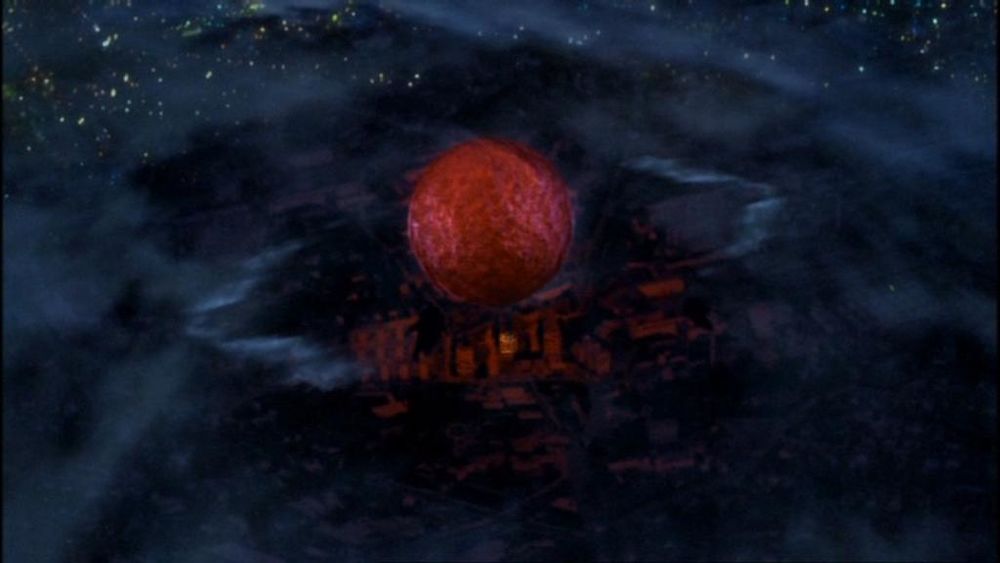 After a dispute over the film's tone, Carnahan quit in July 2004.[6] Tom Cruise then called J.J. Abrams, offering the directorial role for the film after having binge-watched the first two seasons of Alias.[9] Abrams ultimately signed on, with production delayed a year due to his contractual obligations with Alias and Lost.[10] During this time, Branagh, Moss, and Johansson departed from the project because of the many delays in production.[6][11] On June 8, 2005, Paramount Pictures gave the film the green-light after a new cast of actors was hired and the film's budget was redeveloped, with Cruise taking a major pay cut.[11] https://en.wikipedia.org/wiki/Mission:_Impossible_III

Other References To Alias:

The Pilot of Alias and MI:III start with protagonist being interigated and tied to a chair.

Alias, including the Pilot, often was structurally executed with starting the story 2/3's of the way in and then goes back to an earlier time, reaches the opening scene, and then finally moves past it.

Ethan Hunt's and Sydney Bristow's starting stories are similar in that they both are about to get married to love interests in medical field, whom do not know what they do for a living and both characters suffer the consequences from this. However, Sydney's fiance Danny Hect is murdered, where Ethan is able to save his fiance and where she, later, is in some sort of witness protection program--other characters in Alias, such as Will Tippon, also end up in witness protection.

Greg Grunberg makes an appearance, as one of his longer term roles was on Alias (and Felicity)

Alias itself was conceived from an idea Abrams and Reeves had about Felicity Porter becoming a spy during summer vac cation. Alias continues with that line of thought in part with Sydney also trying to get her teaching degree during the first two seasons of the series and with Danny purposing to her on her collage compass. It also know wonder that Keri Russell cameos in MI:III as Ethan's former student. Many Bad Robot works include wonky-knowledgeable university professors or students from LOST, Fringe, and Undercovers.

Benji Dunn is an example of one of Bad Robots comical technology gurus that tend to be socially dysfunctional and also tends to ramble on. Marshall Flankman of Alias is good equivalent, but there are also characters like Daniel Faraday (Lost), Walter Bishop (Fringe), and Rudy Lom (Almost Human).

One episode of Alias also requires Sydney and Vaughn to pose as Italian Workers in order to sneak into the Vatican to get a key code. (1x16 The Prophecey)

It's a biohazard, that means

something that may cause harm to people or to the environment, especially a poisonous chemical or an infectious disease

Here, this picture confirms that Rabbit's foot is a biohazard.

In the movie the analyst is able to hack into the computer hard drive.

The analyst tells Ethan that Davian will be going to the Vatican AND explains that the reason for that is connected to the "rabbit's foot" which he will sell to someone at the Vatican. He goes on to talk about what his professor taught back at Oxford, about this "rabbit's foot" end of the world type of stuff also is also referred to as the "Anti God". There's a lot of good connections that we miss out on.

10
Have they really escaped from Alcatraz?
16
Is Frank responsible for what happened in Donnie Darko's life?
4
What was the purpose of the storage area in Rosemary's apartment?
9
Was the Council of Elrond aware that destroying the ring would vanquish Sauron?
5
Why was the code cracking device needed in S02E10?
15
Why couldn't Krall and crew repair the USS Franklin when Scotty and Jaylah could?
17
How could the children know about the events at the end of The Last Jedi?
5
Why doesn't Jane Chatwin simply go back in time and kill Martin?
1
Is there a known reason why the Darksaber was kept in the Jedi Temple?
9
What was the Architect's role?