Why didn't Hank or Gomez call for help?

In the Season 5B episodes "To'hajiilee" and "Ozymandias", Hank and Gomez are cornered by Jack and his men in the desert. Once it's clear that they're both outnumbered and outgunned, why doesn't Hank or Gomez call for help?

Let's look at the situation in more detail:

Hank was armed with a pistol, Gomez with a shotgun. I'm no expert, but I'm sure I'd rather have a rifle at this distance: 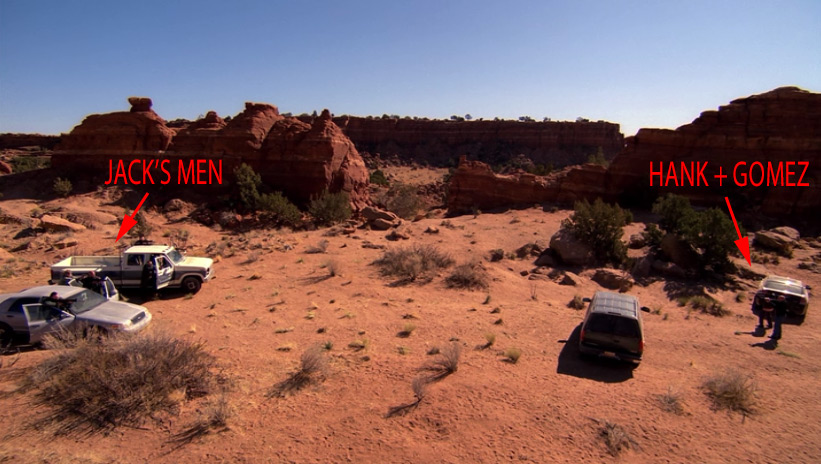 Especially when faced with four automatic files and two handguns: 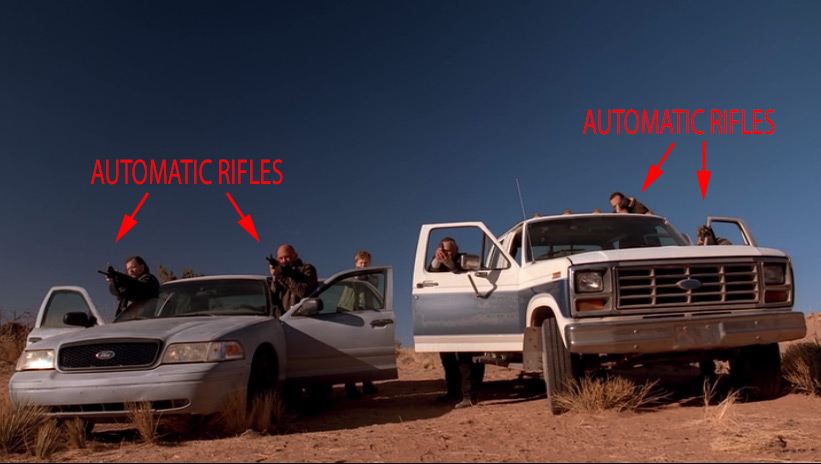 The view of Jack's men: 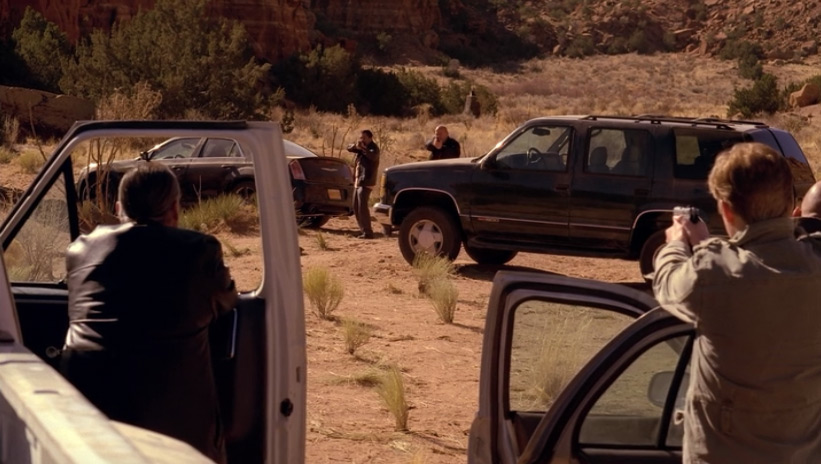 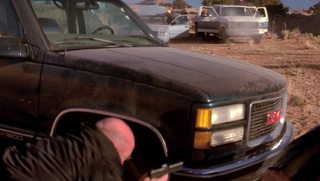 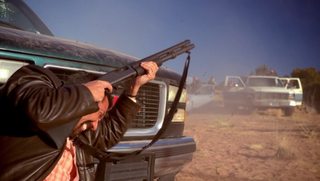 But they both pop out again, risking their lives with crappy weapons (a handgun and a shotgun -- both utterly useless at such distances): 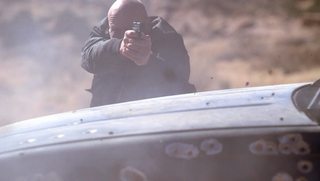 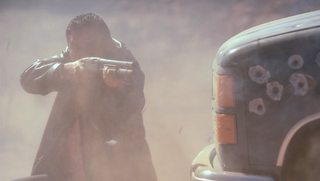 Couldn't they have tried to signal for help? I know Hank was worried about his career being ruined, but I don't believe that either he or Gomez were concerned about that in the heat of an overwhelming battle.

Can someone explain it to me?

Looking at it again, it appears that it just wouldn't have made any difference. Although there was unquestionably time to call for help, Hank and Gomez were only concerned with surviving... and hiding behind the vehicle probably wasn't their best chance of survival.

For example: Even though Hank and Gomez were shielded behind the SUV (see the view of the SUV from Jack's men's POV below), they didn't have many options.

Even if Gomez had continued to fire, while Hank called for help, it was inevitable that they'd run out of ammunition before anyone arrived. Once that happened (or even before), Jack's men could have moved around either side of the SUV, attacking Hank and Gomez from several sides at once.

This made their best chance of survival to attack... despite the overwhelming odds.

It's a strange way to end an episode. It appeared to be a cliffhanger, but thinking about it, there was practically no chance for it to end any other way.

Yes, I think may be that's possible.

Remember one important point, Hank knew Walt wouldn't kill him. Because if it was his intention, then he would have Hank killed long before. Hank knew they are Walt's men, so he guessed they won't try to kill them.

I think there was no time to call for help. It all happened so quickly. Until Todd and his uncle had arrived, Hank was totally clueless about who is coming. Second when guns are pulled out, Hank and Gomez have literally no time for anything. In the torrent of bullet exchange, the only thing which they can do is fire back, which was exactly what they did.

There was no time for calling for help.

Usually cops call it in even when they know they are going to lose the gunfight, especially when they are outnumbered. In reality Schrader would've known better and called for help while sticking out his hand to shoot and keep the gang behind their cars. Gomez and his shotgun were enough to keep the enemy far while Hank called for backup. It's what cops do.

Now, would the cavalry be there before they got killed... I don't think so.

Most of these answers seem a little too hopeful. They were caught with their pants down. There's no way Hank could have called for help in that scenario. They had concealment but not much cover. The wheels and engine block offer marginal cover, but only at very precise angles. The fact was that they had maybe 30 seconds of defensive firepower in their guns before they were empty and flanked and either dead or surrendered. Backup is a moot point completely. They should have made a run for it immediately if they sensed danger and wanted to survive. That would have meant jumping in one of the cars and driving, or trying on foot. Only driving would have had half a chance.

I believe there is a combination of things that lead to Hank's and Gomez's deaths:

Hank (and sort of) Gomez got Hank and Gomez killed. They should not have gone to catch Walt with his barrels of millions of dollars without bringing backup.

That Walt went there alone was somewhat foreseeable but it was definitely foreseeable that Walt had buddies he could call, exactly what happened. Hank might have been convinced Walt wouldn't kill him but that was just a hunch and Hank had never directly threatened Walt's millions.

Cops just don't operate that way. That Hank did so is certainly believable because it was personal and he probably still found it hard to believe that who he had believed for years was an inferior wimp was really a threat.

The weird thing is, had Walt desired, he could have easily spun the situation into the "Hank was the mastermind and I was just his slave" narrative he had created in his false confession video. With Hank and Gomez dead, and apparently no one else in the DEA knowing the truth, Walt could easily claim he was dragged or lured to the site by Hank and that it was some drug deal gone bad.