How do the flying islands in Avatar stay in place?

I've watched movie "Avatar" few times. In my opinion it's one really good movie but every time I watch it I wonder how the hell that pieces of ground or "flying islands" can be in the air? Is there any explanation for that?

And if they can somehow fly, how is it even possible that they stay in one place?

You can see how in Parker Selfridge's office: 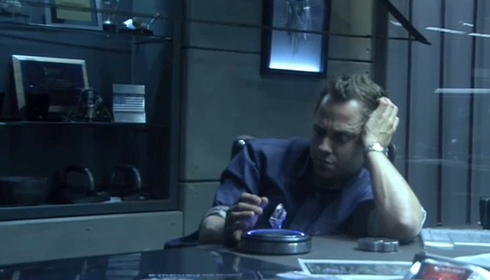 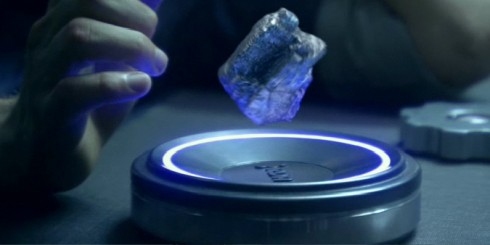 James Cameron's original scriptment had this to say:

Here's how it works:

Polyphemis (the massive planet around which Pandora revolves) has a mother of magnetosphere... a naturally occurring magnetic field a million times more powerful than Earth's.

Added to this unique phenomenon is another... Pandora is blessed with a naturally occurring substance a million times more precious than gold. Its joke name of "unobtanium" has stuck, over the years.

Unobtanium is a rare-earth mineral, formed volcanically, which is a roomtemperature superconductor.

Unobtanium does not exist in our solar system. It is unique to Pandora. And it is the reason to go there... the pot of gold at the end of the rainbow bridge.

Another interesting property of superconducting materials is that they will levitate in a powerful magnetic field.

Why not mine the Mountains?

The RDA originally was mining the mountains, but after one mountain was mined from the bottom too much, it became top heavy and flipped over, killing a huge number of workers and ruining much equipment. After this incident the RDA stuck to mining more safe locations of the substance.

The Hallelujah Mountains (Na'vi name: Ayram alusìng meaning "Floating Mountains") are floating islands that circulate slowly in the magnetic currents like icebergs at sea, scraping against each other and the towering mesa-like mountains of the region. On Pandora, huge outcroppings of unobtanium rip loose from the surface and float in the magnetic vortices due to the Meissner Effect.

James Cameron said that it was the Huang Shan mountains that inspired him to create the Hallelujah Mountains, which would explain the similar appearance.(It looks similar but they obviously not flying mountains).

Not the answer you're looking for? Browse other questions tagged avatar .

2
How much time did the technical part (motion capture) of the film Avatar consume?
13
Why are the Na'vi in Avatar blue in color?