How historically accurate is the TV series 'The Tudors'?

The TV series The Tudors (2008-2010) depicts the reign of Henry VIII. So far I've not noticed any historical inaccuracies. How truthful to history is it? 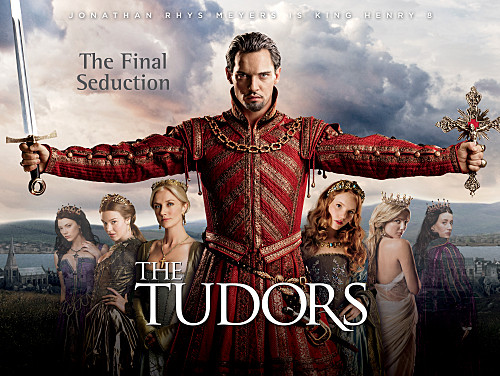 As creator Hirst noted, "Showtime commissioned me to write an entertainment, a soap opera, and not history ... And we wanted people to watch it." He added that some changes were made for production considerations and some to avoid viewer confusion, and that "any confusion created by the changes is outweighed by the interest the series may inspire in the period and its figures."

Some listed errors from Wikipedia are:

And many more inaccuracies are there.

Writer Michael Hirst believes that The Tudors brings out into the open the gaps and contradictions in the historical record that academic history shies away from. “Of course, there are certain facts which are incontrovertible,” he says, “but beyond that there’s just interpretation and there are surprisingly few sources. So I discovered that the truth is variable and I also discovered that most historians are very bad psychologists: They don’t tell you very much about the human relationships in history. I’ve discovered that nearly all the caricatures of Henry’s wives for instance, are nonsense or only tell a little bit of the story.”

1st episode in the 1st fifteen minutes they use the term 7 o'clock and they play tennis. Clocks didn't exist for 100 years later and tennis wasn't created for another 300 years.

Not the answer you're looking for? Browse other questions tagged historical-accuracy the-tudors .