What is the Owl?

It's obviously some sort of in-joke, but what's the reference? 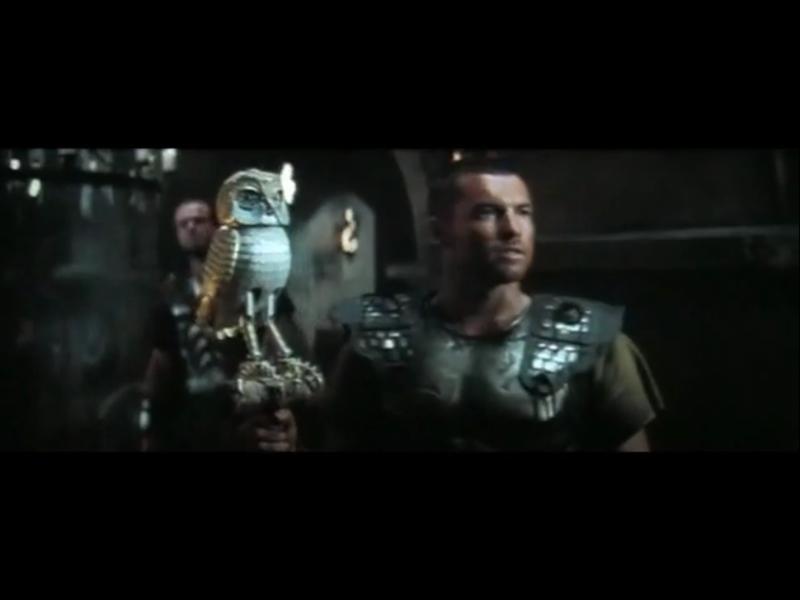 The reference is to the original movie Clash of the Titans from 1981. The owl has a more prominent role in that movie. This is just a "cameo" to give the audience a chuckle.

Edit: Its name is Bubo ... I never knew it had a name, but the wiki page explains it all!

In the original Clash of the Titans, Zeus demands that Athena help Perseus by giving him her super intelligent owl. She refuses, and instead has Hephestus, god of the smith and technology, make one. This mechanical, almost steam punk owl then helps throughout the movie, like a less cursing ancient Greek R2D2. Consider the similarities of the two movies, epics with light hearted moments.

in the remake, having taken a grittier full action adventure film direction, they did not feel like having a cutesy animal companion would fit in the thematic change. Instead, he made a cameo for the older crowd to enjoy. Like the other tools that Zeus leaves for Perseus, Bubo was made and sent to help, only for Perseus to be too stupid to realize it.

Not the answer you're looking for? Browse other questions tagged reference clash-of-the-titans-2010 .

4
Why was the Clash of the Titans remake so radically different from the original?
9
Was the witches' prophecy a lie?
3
Why did Hades defend Zeus' statue?
2
Why did Zeus assist Perseus?
3
Is the prophet under the thrall of Hades?
33
Do you have to be well versed in Mighty Mouse to understand Andy Kaufman's infamous SNL skit?
4
What does Malcolm mean in this joke about Tom Cruise's brush?
5
Identify reference: yelling "It's a cookbook!" when things are going crazy